How To See The Hidden Side Of The Universe 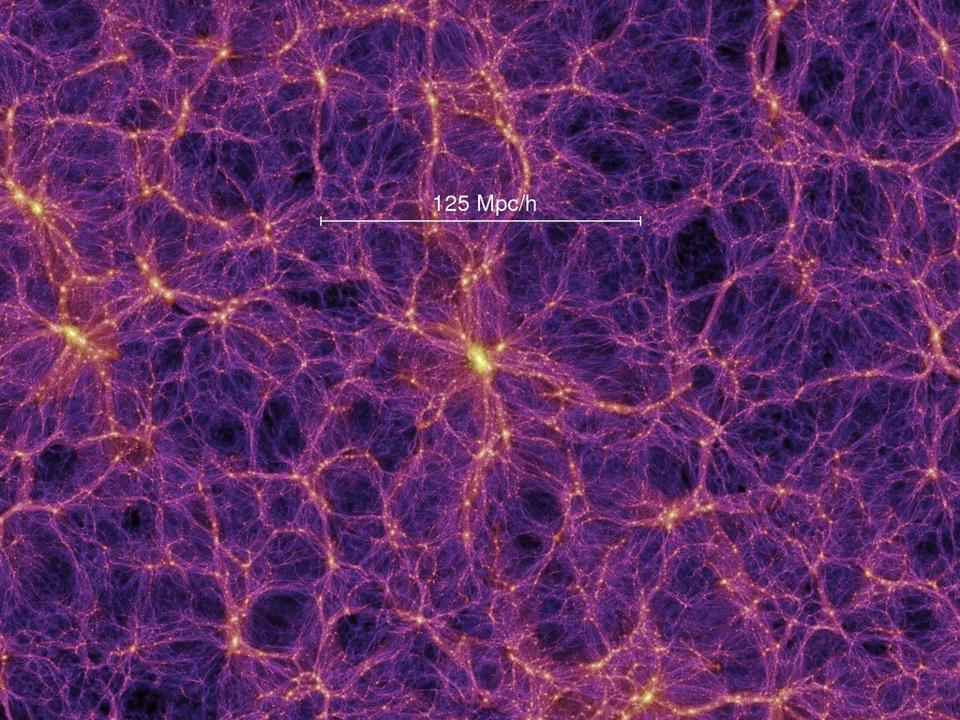 The universe is far stranger (and far more connected) than we thought.

So most of the matter in our universe does not light up all nice and glowy to make stars, galaxies, and bright clouds of gas. Frankly, it’s a bit annoying. We’d like to study the distribution of matter (to understand how our universe formed and is currently evolving) but the fact that it doesn’t light up makes it a frustrating astronomical endeavor.

So here’s how we’ve managed to do it.

First, at the very largest scales the matter in our universe forms a vast, intricate network of web-like filaments, known as the cosmic web. The dense knots in the web are called clusters, and are homes to hundreds and even thousands of galaxies. Stretching between those clusters are the filaments, which are long, thin tendrils made of a chain of galaxies (like beads on string) with a thin, invisible gas threading between them.

We suspect that there’s a lot of matter in those filaments, but it’s hard to see because the gas is so thin.

Despite its thinness, the gas in the filaments is thought to be hot. When low-energy light (say, something like microwaves) passes through those filaments, the hot gas bumps up the energy of the radiation, transforming it into something warmer. So when we look through the filaments at a background source of light, we can potentially see a sort of “shadow” cast by the filament.

This effect (called the Sunyeav-Zel’dovich Effect in honor of the two Russian astronomers who devised it) is so incredibly slight that when looking at only one filament, we can’t see it at all. But astronomers are a clever bunch, and by stacking together observations of multiple filaments, they were able to get a clear signal – the first hints of the missing matter in our universe.

GOOD NEWS: This 17-Year Old’s Nonprofit Is Delivering Food To Boomers In 12 Cities (And He Started 3 Weeks Ago)

Resurrecting An Economy And A Sense Of Hope: A Post-COVID-19 World

Microsoft Wants To Secure Your iPhone, How Do...

23andMe Lays Off 14% Of Workforce Amid Declining...

Weather In Space Sent Electricity Surging Through The...