Breaking
Report: Facebook Tweaked News Feed After Election Day...
End The Month Strong With These Top Value...
From Maths Failure To Global Educator: How Knowledgehook...
What Will Customer Service Look Like In The...
‘Call Of Duty: Modern Warfare’ And ‘Warzone’ Season...
3 Lessons Startups Can Learn From Quibi’s Failure
You Aren’t An Imposter, No Matter What Your...
Altria Stock Up 30%; What’s Next?
5 Ways Essential Industries Allow Flexibility And Lower...
Kenyan Study Supports Impression That Covid-19 Spread Weaker...
Hyundai’s Hydrogen Car Ambitions Get A Boost From...
Ripple’s XRP Has More Than Doubled In Price...
John Kerry As Presidential Climate Envoy: Virtue Signaling...
Increased Risk Of Chronic Conditions Associated With Early...
Top ETFs This Week As Dow Ends Day...
As Biden Admin Eyes Canceling Student Loans, Taxpayers...
Home Business How To Sell Artisanal Ice Cream In The Midwest As Winter Approaches
BusinessEntrepreneurshipStart Ups 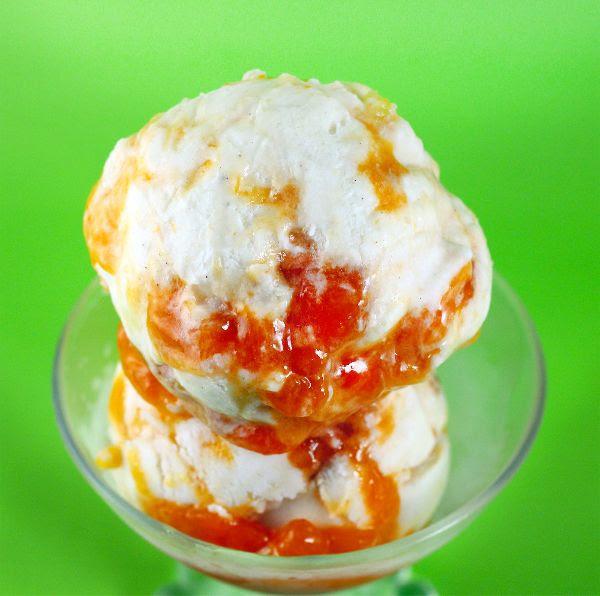 If you happen to drive through Ypsilanti, Mich., west of Detroit, on a Saturday afternoon, you’re bound to see a line of people lingering in an alley. Look a little closer, and you’ll find some have plastic spoons in their hands.

You’ve discovered the sales window for Go Ice Cream, founded in 2012 by Rob Hess. His mission was to “take classic flavors, and classic desserts, and re-imagine them as ice cream,” he says.

Thing is, Hess says he doesn’t actually like a lot of those flavors. He can’t stand strawberry, and he isn’t really a chocolate fan.

So, he’s focused on making a strawberry ice cream that he’ll actually eat, featuring berries from Michigan’s blink-and-you’ll-miss-it strawberry season. He offers a luscious vegan chocolate sorbet with a homemade coconut milk base that tastes like melted dark chocolate mousse.

Every so often, he’ll get an inspiration in the middle of the night, like when he woke up and decided to make a chocolate peanut butter flavor.

His carrot cake ice cream isn’t just carrot cake chunks mixed into ice cream. In fact, there’s no cake.  He makes candied carrots, and blends then into his sweet cream base, soaks raisins in bourbon and adds those, and stirs in spiced walnuts.

Hess is able to turn out 800 pints a week, at $9.97 each. He also sells brown butter and sea salt chocolate chip cookies for $8.97 a six-pack, as well as custom crafted ice cream cakes.

Starting as a side gig. If it sounds like his product ought to be served by a Michelin star chef, that’s definitely not how Go Ice Cream began.

For its first four years, Hess, then a videographer at the University of Michigan in nearby Ann Arbor, made ice cream on the side in a commercial kitchen, where he rented space for $25 an hour.

On Thursday nights, he offered home-delivery in Ypsilanti by bicycle cart – the “Go” in the name — then sold on Saturdays at the Ypsilanti Farmers Market.

Word of mouth spread, and in 2016, he opened what he hoped would be an ice cream parlor and community center on Washington Street, meant to serve up sundaes and conversation involving Ypsilanti’s diverse community.

All went well until March, when Go closed due to Michigan’s COVID-19 restrictions on gathering spaces.

Working by himself, Hess kept going by supplying local markets and Ypsilanti’s food co-op, then decided to see if he could generate some online demand.

He was knocked out by the response. Some weeks, flavors sell out as soon as he posts them on his website, although there is usually some ice cream left for walk up customers on Saturdays, between noon and 6 pm.

“People open it and eat it in the parking lot,” Hess says. He noticed that customers were crafting do-in-yourself sundaes with his cookies on the bottom.

So, he began selling sundae kits with brownie wedges and sprinkles, and offered deals involving pints and waffle cones.

Winter is coming. But now Hess faces a different problem: the weather. Parts of the Midwest, like Iowa, Minnesota and upper Michigan, are already experiencing their first snow storms.

While Ypsilanti thus far hasn’t seen any snow, it has been raining, and Hess knows it will be difficult for people to endure lining up in the alley much longer.

So, he’s about to begin peddling a product he hopes will do well over the holidays.

In November, Hess will stock ice cream pies, which are designed to serve eight to 10 people. These $38 treats aren’t the kind you’d find at a commercial ice cream store or in a frozen food department.

“I have always wanted to do a pie that looks like a tray of holiday cookies, kind of a riff on milk and cookies, but maybe I will do it with an egg nog ice cream,” he says.

“The pies are what really sustain us financially in those colder months because they are a higher price point and they are meant to be shared, and they tie into holidays that aren’t typically ice cream holidays.”

Feel, don’t think. Hess admits he obsesses over his product, which can require 17 trips a day up and down his stairs to lug pints from kitchen to freezer. “I’ll think, ‘did I put enough peaches in that one container of peaches and cream?’”

But, he doesn’t want customers to be distracted by the amount of thought he puts in. He just wants them to enjoy it.