New York City’s MTA has just announced that Apple Pay will be accepeted at the city’s huge and busy Penn Station. It’s the latest, but far from the last, expansion for the digital wallet.

Since Apple Pay arrived, the range of places you can use your iPhone or Apple Watch to purchase stuff with a quick tap has grown hugely, both in the U.S. and around the world.

You can read my comprehensive guide to paying with the iPhone here.

Update: Now with details of the latest MTA stations. 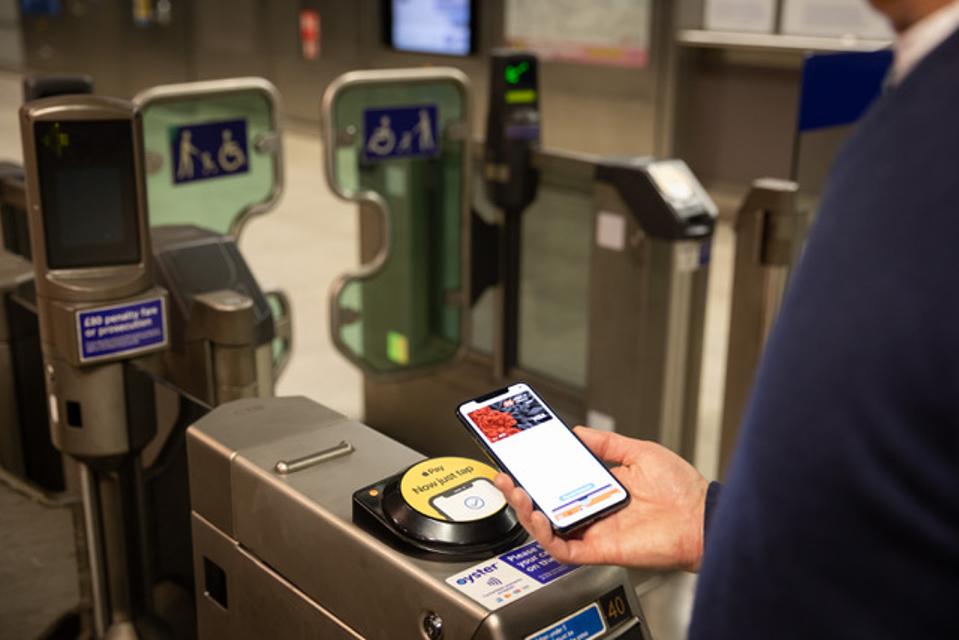 Apple Pay Express Transit 1: Where to use it

That improved version is becoming more widespread in the form of Apple Pay Express Transit, which in the past few days has reached London. Since December 2, 2019, the Transport for London network, which included the entire London Underground (the Tube), bus, Emirates Air Line cable car and some river transport, has been updated to work with Apple Pay Express Transit. The fact that it’s the entire network is pretty impressive.

It’s also available on the New York Metropolitan Transportation Authority at selected stations, including the newly compatible Penn Station, as mentioned above. That means there are now 96 readers that can accept Apple Pay, across 18 turnstile arrays. That’s pretty small compared to the whole Transport for London network, but it’s growing.

Apple Pay without Express Transit is available much more widely, from Saint Petersburg to Chicago, Sydney to Vancouver.

If you’ve ever used Apple Pay on the Tube, for instance, you’ll know it could be a nerve-wracking experience. If you didn’t activate your iPhone at the just the right moment, a line of tut-tutting commuters behind you could make you feel uncomfortable as you struggled to make it work.

Pre-arming was the simplest solution, where you activate the Wallet in the seconds before you reach the card reader.

But now, things are much simpler, faster and stress-free. Here’s all you need to know.

It works with all iPhones from iPhone SE, iPhone 6s and more recent. It works with Apple Watch Series 1 and later (in other words, all Watch models except the original). You need the latest operating software to use it. 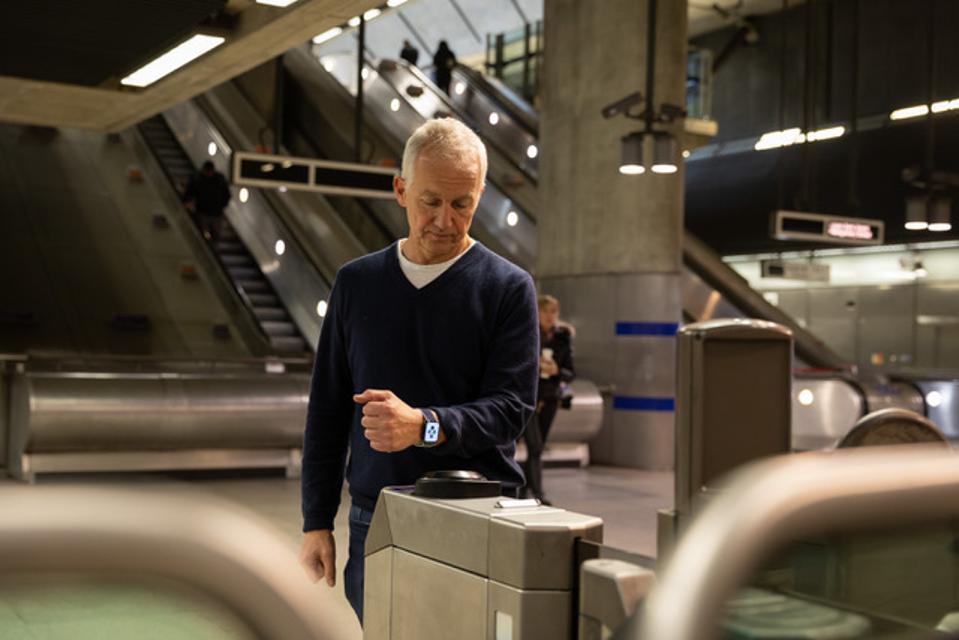 Apple Pay Express Transit 4: Use the same device for entrance and exit

This doesn’t apply everywhere, for instance on the New York Subway you tap in but not out. But where you need to tap at the end of your journey as well, like in London, it’s important to tap in and out with the same device you entered with. So don’t use the Watch as you arrive and the iPhone as you leave.

This is a simple, one-off task, assuming your iPhone or Apple Watch is set up for Apple Pay. On the iPhone, go to Settings, then Wallet & Apple Pay. On the next screen, choose Express Travel Card, which will say None on the right-hand side. Then you’ll see your payment cards (or you can add one if none is there).

Tap on the card you want to use to pay for travel and authorize with Face ID or Touch ID as appropriate. And that’s it, you’re set up.

On your iPhone, open the Apple Watch app. On the My Watch tab, scroll down to Wallet & Apple Pay. Choose that option and Express Travel Card. Pick the card you want and authorize with Face ID or Touch ID. Done. 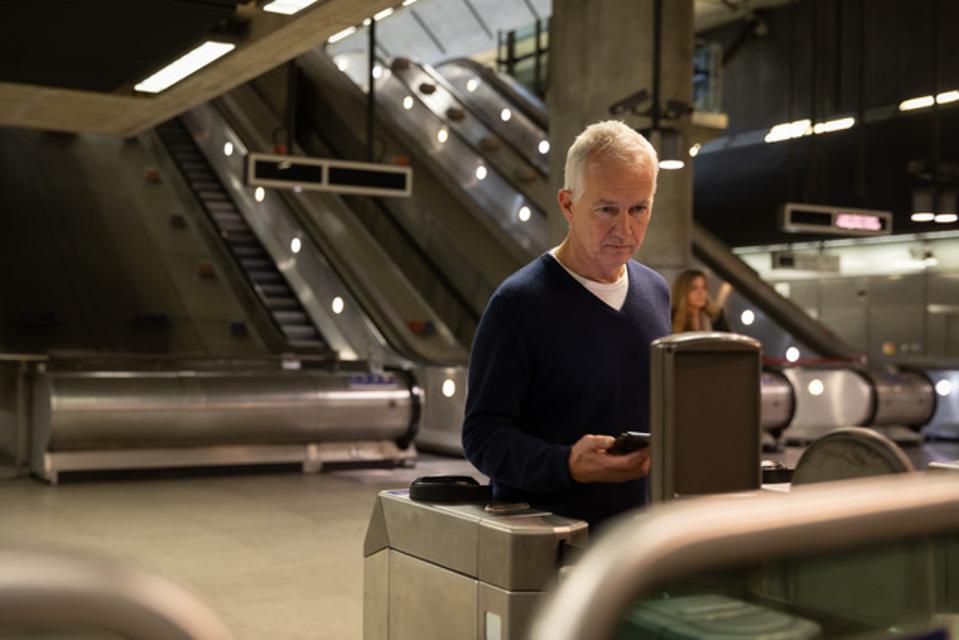 Apple Pay Express Transit is a cinch to use on the London Underground.

Apple Pay Express Transit 7: How to use

Right now, without Express Transit, you must wake your iPhone or Watch and validate that you want to make a payment. Neither process is arduous, but timing is important. Too late and people are waiting behind you, too soon and you risk it switching off again before you need it. When you pre-arm, it works for 60 seconds, which is usually enough, but not if there’s a surprise slowcoach ahead of you.

You don’t need to pre-arm or even to wake either screen. So long as it’s not actually turned off, it will work automatically.

No need to double-press the side button on the Watch or iPhone X (or later). No anxiety about 60 seconds. The Apple Pay Express Transit element is always ready.

Apart from the extra peace of mind, the new system is marginally faster than before. Apple says it’s on a par with the time it takes for the system to recognize a credit card, if you’re using a system like London’s network where credit cards are accepted.

It means that if the battery on your phone is so flat that when you touch the screen all you see is the red battery image that tells you your iPhone won’t do anything until you charge it, that Power Reserve comes into action.

Even with the battery image on screen, and providing the iPhone is not actually switched off, you can still use Apple Pay Express Transit! This will be available for up to five hours after your iPhone has let you know it needs to be charged. You can even check this by pressing the side button to see if Express Transit cards are available (though, obviously, don’t keep checking this as it will deplete the Power Reserve). 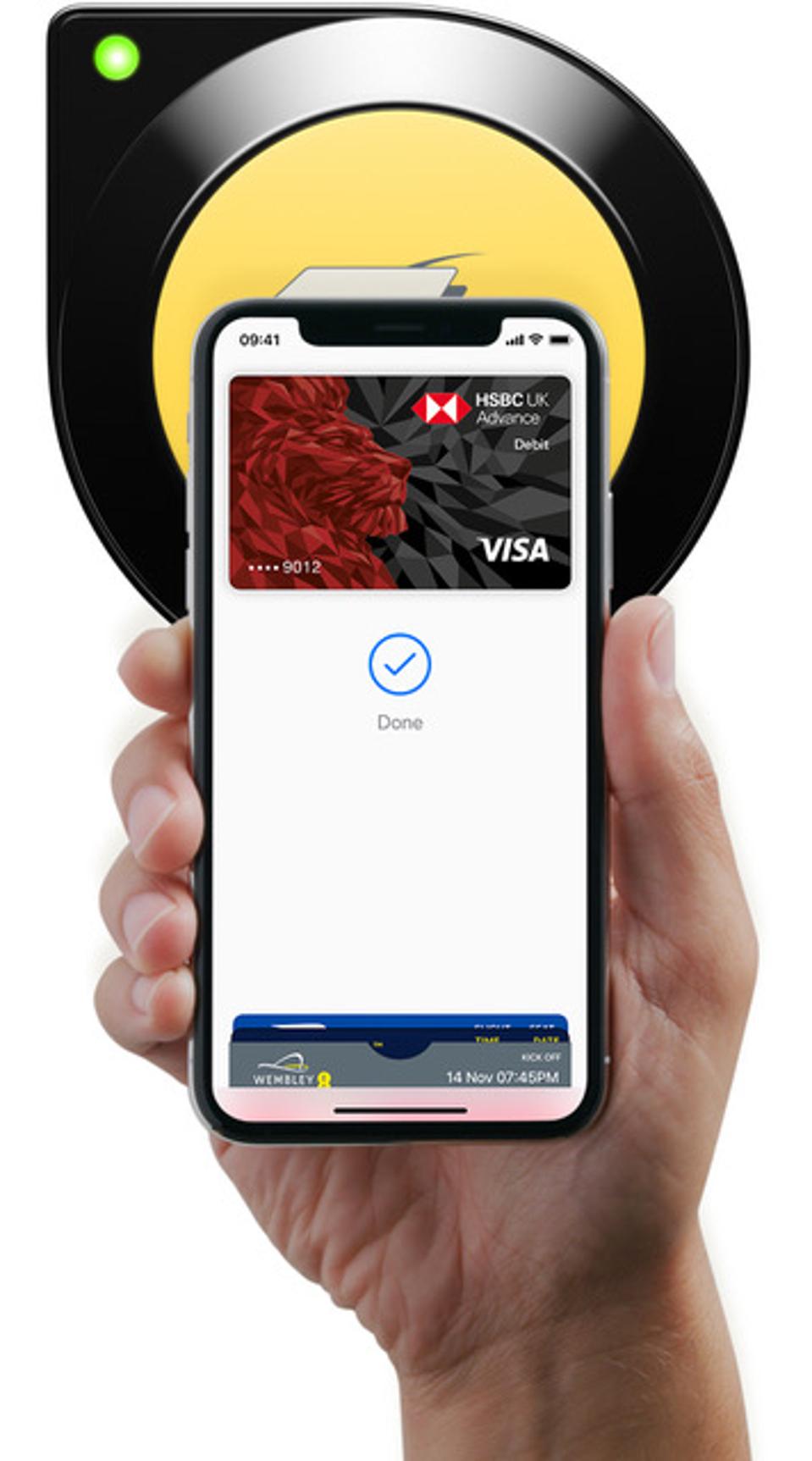 The default card in your Apple Pay Wallet and the one you use in Apple Pay Express Transit don’t have to be the same. You can select different cards for each. You can also, as you can with the main Apple Pay Wallet, switch between cards – the process is the same as the initial set-up above.

Honestly, I haven’t found any. Well, except that I keep forgetting how simple the new system is, and erroneously double-press the button on my Watch or pre-arm my iPhone. Every time I get it right, though, I feel satisfied that it’s been quicker and simpler than before.

It’s a tiny upgrade, really, but it feels like something much bigger and a real bonus in terms of convenience.

How Companies Are Capitalizing On Tech To Reach A Generation