Breaking
Parrot Plumage Color May Be Linked To Body...
Recent Precious Metals Dip A Buying Opportunity
Looking For Venture Capital? Here’s How One 50+...
Growing Your Retirement Money Using 401(k) Dollar-Cost Averaging
Wellness Exec Abby Miller Levy Partners With Venture...
Microsoft Teams Issues Strike To Zoom With Tidal...
What’s Coming For The S&P 500 In October
4 Ways You Can Showcase Empathy With Your...
A $22,000 Microsoft Surface Will Soon Be For...
Zooming In – Should SMEs Invest In The...
iOS 14: The Surprising Security Risk Of Sharing...
How A Break From Lord Sugar Changed The...
Sunday’s Google Doodle Is Actually About Google
Office Of The Comptroller Of The Currency Chief...
Source Code For Multiple Windows Operating Systems Publicly...
Why Forgettable Pfizer Really Is A Great Value...
Home Business How To Watch Or Live Stream UFC On ESPN+ 32: Derrick Lewis Vs. Aleksei Oleinik
Business

How To Watch Or Live Stream UFC On ESPN+ 32: Derrick Lewis Vs. Aleksei Oleinik 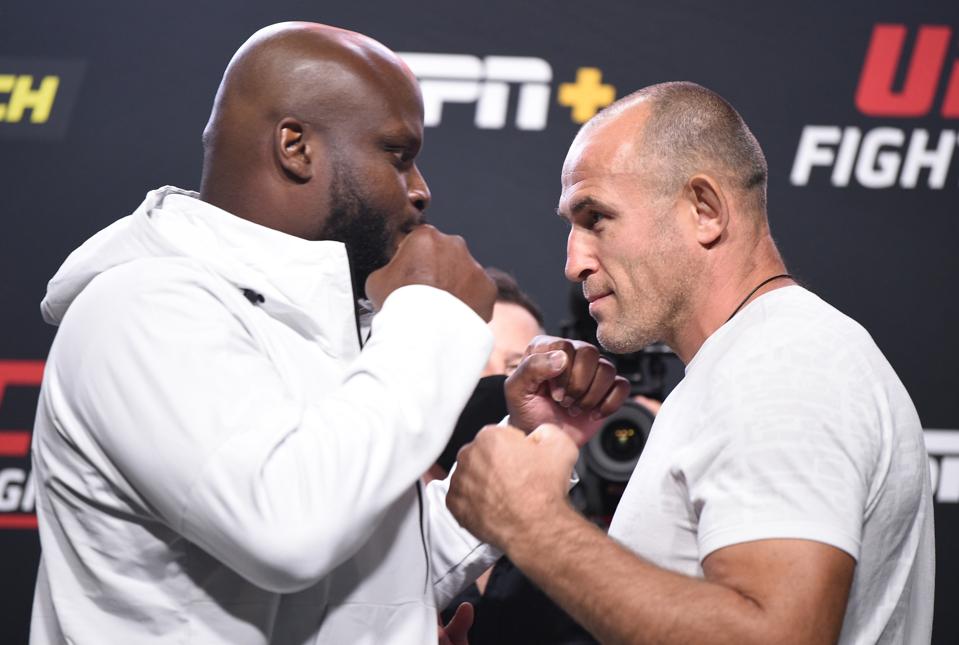 The UFC returns to the Apex on the UFC campus in Las Vegas for tonight’s UFC on ESPN+ 32 fight card. The main event pits two top-10 ranked heavyweights against each other.

Derrick Lewis and Aleksei Oleinik meet at the top of the UFC on ESPN+ 32 fight card. Lewis, who fought for the UFC heavyweight title in November 2018 — Daniel Cormier submitted him in that contest — is the No. 4 ranked fighter in the official UFC heavyweight rankings. Oleinik, who has been fighting professionally since 1996 and has racked up 73 career MMA bouts, is the No. 10 ranked UFC heavyweight.

Lewis feels fans will see the old version of his fighting style tonight.

“I’ve been trigger shy,” Lewis said at UFC Vegas 6 media day. “I was a new creature. A different type of body coming into the octagon, feeling different, lighter, feeling faster and just wanted to test it out.”

“Now that I’ve tested it out going all three rounds in my last two fights, I feel like I’m more comfortable and I can really let loose in the first round and not gas out. That’s what I plan on doing Saturday.”

Lewis is on a two-fight winning streak. He has decision wins over Blagoy Ivanov and Ilir Latifi in his two most recent outings. Lewis has not scored a knockout win since he stopped Alexander Volkov with 11 seconds left in their UFC 229 meeting in October 2018.

Like Lewis. Oleinik has won his past two fights. Oleinik scored a submission win over Maurice Greene in January of this year. In May, he defeated former UFC heavyweight champion Fabricio Werdum by split decision.

How to Watch or Live Stream UFC on ESPN+ 32: