How To Watch Or Stream UFC on ESPN 7 Prelims 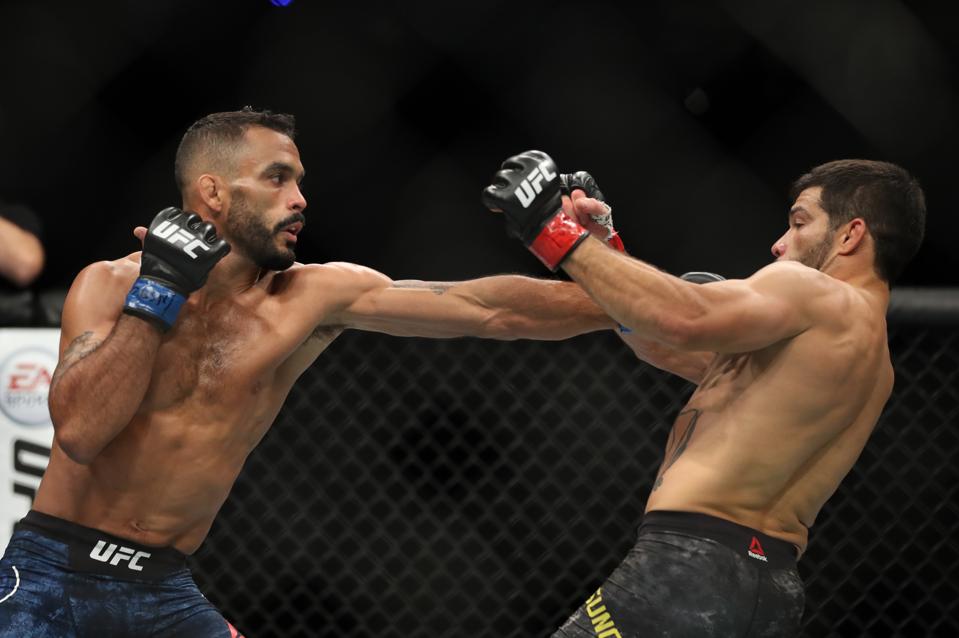 The UFC returns to Washington D.C. on Saturday for its first fight card in the nation’s capital since October 1, 2011. The event, UFC on ESPN 7, is headlined by a heavyweight contest between veteran competitor Alistair Overeem and Jairzinho Rozenstruik, who made his UFC debut in February of this year. Both of these big men have scored first-round knockout wins in their past two fights. The total fight time in those bouts was 9:06 for Overeem and 0:38 for Rozenstruik. Overeem is the No. 6 ranked fighter in the official UFC heavyweight rankings, while Rozenstruik checks in at No. 14.

In the co-main event, Marina Rodriguez meets Cynthia Calvillo in a women’s strawweight matchup. Rodriguez is unbeaten in her career with a record of 12-0-1. Calvillo began her career on a 6-0 run. She dropped a decision to former strawweight champion Carla Esparza in 2017, but has bounced back from that setback with two straight wins. Rodriguez is ranked No. 9 in the women’s 115-pound division. Calvillo is one spot behind her at No. 10.

A total of five fights take place on the main card of UFC on ESPN 7.

Before those bouts begin, the card features five prelim bouts. The final contest on the ESPN prelim card features a matchup between bantamweights Rob Font and Ricky Simon.

Font has not fought since he scored a decision win over Sergio Pettis in December 2018. A break of nearly a year in the UFC landscape is a lifetime. Although Font is the No. 10 ranked fighter in the 135-pound division, it’s likely that many fans do not recall his victory over Pettis. He’ll want to make fans remember his name. Simon, who is unranked, saw his eight-fight winning streak come to an end in July when he was knocked out by Urijah Faber in the first round of their matchup. Simon, the former LFA bantamweight titleholder, could break into the bantamweight rankings with a win over Font.

HOW TO WATCH OR STREAM UFC ON ESPN 7

To Satisfy Skyrocketing Demand For Wet Wipes Amid...

The Impact Of Podcasting On The Music Industry:...

Will Ocean Seabed Mining Delay The Discovery Of...

The New ‘Stranger Things 4’ Trailer Was A...