Breaking
ESBC Major Updates: Tons Of Heavyweight Greats Added...
How to Run Nonprofit Marketing Ads
Entrepreneurs Are Bringing Transparency To Home Buying And...
Best Incentive To Get Vaccinated: Money, Messaging, Or...
Page Level Query Analysis at Scale with Google...
How A CIO Can Align IT With Business...
Blogger of the Month: Jo, Girl Eats World
6 Things Women In Business Know That Men...
How to Use First-Party Data for Ad Personalization
Pressing Reset—Putting A Fallen Unicorn Back On Its...
How We Went Viral: Promoting Content with Influencers,...
Blame Olympic Record Price Tag For Return To...
Apple iOS 14.5 Release: Should You Upgrade?
How to Come up with Podcast Topics and...
Why Gaming Gear Company Razer Launched A $50...
Technical SEO Implementations to Increase the Impact of...
Home Business How Visine Eye Drops In The Mouth Can Kill, Here Are Two Cases
Business 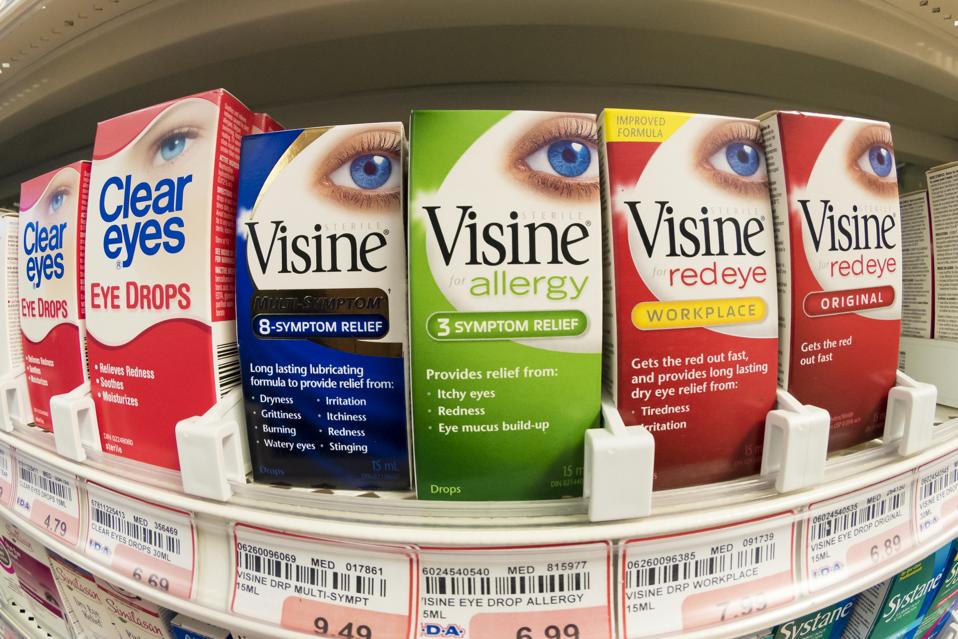 Don’t do what the Owen Wilson character did in the movie Wedding Crashers. Don’t do most things that he did. Don’t crash weddings to hook up with strangers. Don’t say that people use only 10% of their hearts when you reveal only 10% of your true identity. Don’t say “wow” so often. But most importantly don’t put Visine eye drops in someone’s drink. You could kill the person.

Just look at some recent eye dropping news. On Thursday, Lana Sue Clayton was sentenced to 25-years in prison for voluntary manslaughter. The former Veterans Affairs nurse and South Carolina resident had pleaded guilty of putting Visine eye drops in her husband’s drink. No, she didn’t just have bad aim. She admitted to doing this deliberately and surreptitiously. Her husband, Stephen Clayton, ended up passing away after three days. Here’s an ABC News segment on the case:

Then there’s the case of Joshua Lee Hunsucker, a former paramedic in North Carolina, who’s been charged with first degree murder, as described by Mark Price for the Charlotte Observer. As this ABC News segment described, he allegedly used Visine eye drops to poison and eventually kill his wife:

Two former health care workers using eye drops in such a manner is not a good look.

Eye drops like Visine, Murine Plus,and Clarine are marketed as ways for you to “get the red out” of your eyes. You can thank tetrahydrozoline for helping do this. Tetra-hi what? Tetrahydrozoline is a chemical that’s in many of these drops. It is a member of the imidazole family that can serve as decongestants and vasoconstrictors. “Vaso” stands for vessel as in blood vessel and “constrictor” means “make more narrow.” When blood vessels become more narrow, less blood can flow through them. Since blood is red, unless you are Vulcan, less blood may mean less redness.

To do their thing, such eye drops should go into your, you guessed it, eyes. Not your mouth or other orifices. Otherwise, they’d be called “other orifice drops.” They are also called drops and not buckets because you are only supposed to use limited amounts. Typically, correct use is no more than two drops in your eyes six times a day. If you stay within these limits, your risk of bad toxicity may be relatively low.

It’s a different story if eye drops go down your mouth. Your eyes may be bigger than your stomach, but these body parts are just not the same. That’s why you don’t typically eat your contact lens. Tetrahydrozoline can be absorbed through your gastrointestinal tract into your main blood circulation much more readily and then travel to your heart and central nervous system. There it can get the drop on you and slow your heart rate and lower your blood pressure to dangerous levels. It can also lead to a drop in body temperature, a coma, and, of course, death.

As the two cases demonstrated, even relatively small amounts can be toxic. The smaller the body size, the less that’s needed to cause major problems and even be life threatening. So if you’ve got children or very small actors around, make sure that you keep eye drops safe and secure. You don’t want them putting even a few millimeters of the stuff into their mouths.

If you suspect someone has ingested tetrahydrozoline, do not try to make the person vomit it back up as that may actually increase their absorption of the chemical. Instead, loosen any tight clothing that they may be wearing, such as a belt, a necktie, skinny jeans, or a Black Widow’s costume. If needed, administer mouth-to-mouth resuscitation and cardiopulmonary resuscitation (CPR). Call poison control and get emergency care as soon as possible. Oh, and even if the person’s eyes are red, don’t give him or her more eye drops.

In general, be careful about using such eye drops, even if they go where they are supposed to go. While they are approved by the U.S. Food and Drug Administration (FDA) for over-the-counter use, avoid using such medications unless you really need them. All medications can have side effects. Stop using such eye drops and call your doctor if you experience any other eye symptoms such as pain, changes in vision, pupil dilation, or excessively watery eyes when you are not watching the movie The Notebook. Watch out for any symptoms that occur beyond your eyes including a headache, dizziness, anxiety, chest pain, shortness of breath, or irregular heartbeats.

Keep in mind that such eye drops primarily help with your appearance but do not necessarily address what’s actually causing the redness. Therefore, if you do have red eyes, don’t just use eye drops without first trying to figure out the cause. That can be like taking ibuprofen for pain caused by a harpoon stuck in you without first saying, “maybe, I should do something about this harpoon stuck in me.”

Sure, some causes of red eyes may be relatively benign. It could be from seasonal allergies, being tired, or smoking marijuana, for example. However, make sure that the redness is not from something more serious like a bad allergic reaction, an infection, glaucoma, or a harpoon. If the cause is not obvious or not minor, see your doctor as soon as possible, especially if there are accompanying symptoms such as loss of vision or the presence of a harpoon. For example, if the redness is actually blood gushing out of your eyeballs, don’t just put Visine on them.

The Big Name NASDAQ Stocks With The Straight Up Price Charts: ETF Magnets