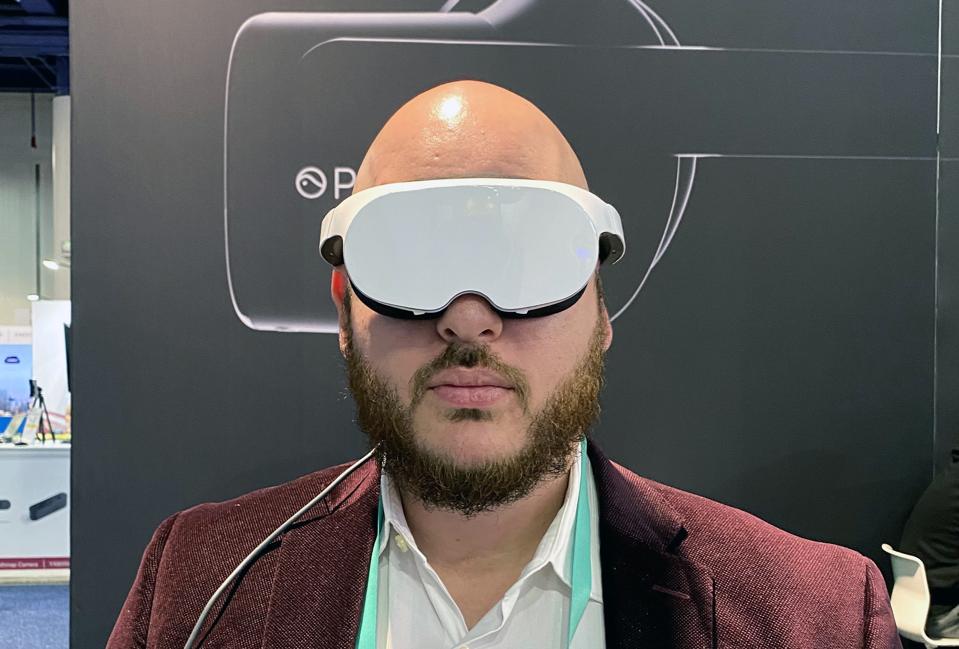 As a technology industry analyst, I travel a lot for my line of work and attend many industry conferences and talk to a lot of people about the inner workings of the industry. One thing that I’ve started to notice is that many of the conferences I’m usually attending are being cancelled due to Corona Virus and its spread around the world. Because companies are taking a cautious approach to the spread of Corona Virus and what it could mean for their employees and partners, many are pulling out of conferences and cancelling events. However, I believe this presents an interesting opportunity for many of the telepresence and conferencing solutions out there and one of the technologies that is ready to address this is immersive computing with AR and VR.

Schools and conferences around the world are closing and many are looking for solutions to enable large groups of people to gather and learn without physically being present. A lot of people have been talking about telepresence video solutions like Zoom, however there are better opportunities to do a lot more with solutions from companies like Spatial or HTC. Both Spatial and HTC Vive Sync have remote collaboration solutions, in fact, Spatial announced major updates to their collaboration solutions, which couldn’t have been better timing. Spatial announced a partnership with multiple cellular operators for 5G from around the world as well as a partnership with AR headset manufacturer Nreal, which makes extremely thin and light AR glasses that attach to your phone. There are many other enterprise collaboration platforms that I have used in the past that work in VR like Arvizio, MeetinVR, Vizible and many more.

How it could work

The opportunities are not few or far between either, there are companies like NVIDIA which just announced that the company is no longer holding its GTC conference in person but rather online only. Companies need to get their new product announcements out there and keep moving regardless of whether they can have in-person conferences. One of the problems with online only conferences is that it is very hard to convey some of the nuances of things without having some spatial sense of presence. That’s where immersive applications like AR and VR can help by giving people something more engaging and visually appealing than a 2D video. An example would be having the presenter like NVIDIA’s Jensen Huang come on a virtual stage and present the latest GPU architecture and be able to give a tour of the GPU architecture instead of just showing a block diagram. Additionally, he could bring in other digital assets like virtual cars for autonomous driving and show us in virtual reality how they would detect and operate. Instead of us watching the virtual reality that this car is in, we could experience it from within the car itself or from another car’s perspective, which is something that’s almost impossible to do without VR. In fact, only a week or two ago I heard from an industry source that schools in China are already putting in significant queries about how they can move their lesson plans into AR and teach students remotely and even give them the ability to ask questions remotely as well.

I believe that the technologies that are necessary to make these remote classrooms and conferences possibly exist today, but I do not believe enough people have headsets today to be able to fully replace these conferences entirely. That said, if the COVID-19 disease continues to spread around the world without any end in sight, we might actually see companies and or schools starting to mandate headsets of some sort to ensure that people have what they need to stay informed without getting one another sick. It isn’t a perfect solution or even one that I see being entirely possible today, but there is already a significant amount of interest in it already.

There is only one major wrench in the possibility of using AR and VR for education and telepresence and that’s the fact that many of these companies and schools simply don’t have enough headsets. And yes, while it may boost headset sales significantly, production hasn’t necessarily been happening at full capacity for the last month or so. This means that even if there is a sharp uptick in VR headset purchases over the next few months, there might end up being shortages due to a lack of supply from China’s factories being shut down or running at significantly lower capacity. It would be a good problem for the XR industry if VR and AR headsets are completely sold out, but it might also prevent it from being the solution that it needs to be during this crisis and future crises.

Also, there is a chance that these solutions have not necessarily been built to scale to hundreds or thousands of users, which is an entirely different problem. That said, I believe there could be a possibility that apps like Spatial and Vive Sync could be modified to scale to much larger audiences. Perhaps, even, Facebook could modify some of their live event platforms to be used for telepresence and conference replacement. The idea was brought up by many when Facebook cancelled the F8 conference due to Corona Virus as well. The reality is that while the perfect solution may not exist at this very moment, I do believe that there are many that are very close and this could push them over the edge to create a solution right now.

The Scariest Airports To Land At Around The World

What Does Your Period Say About Your Health?