Breaking
ESBC Major Updates: Tons Of Heavyweight Greats Added...
5 On-Demand Courses To Help Develop Your Leadership...
How to Run Nonprofit Marketing Ads
Entrepreneurs Are Bringing Transparency To Home Buying And...
Best Incentive To Get Vaccinated: Money, Messaging, Or...
Page Level Query Analysis at Scale with Google...
How A CIO Can Align IT With Business...
Blogger of the Month: Jo, Girl Eats World
6 Things Women In Business Know That Men...
How to Use First-Party Data for Ad Personalization
Pressing Reset—Putting A Fallen Unicorn Back On Its...
How We Went Viral: Promoting Content with Influencers,...
Blame Olympic Record Price Tag For Return To...
Apple iOS 14.5 Release: Should You Upgrade?
How to Come up with Podcast Topics and...
Why Gaming Gear Company Razer Launched A $50...
Home General How, When And Where You Can Gaze At A ‘New Moon In The Old Moon’s Arms’ This Week From Home
General

How, When And Where You Can Gaze At A ‘New Moon In The Old Moon’s Arms’ This Week From Home 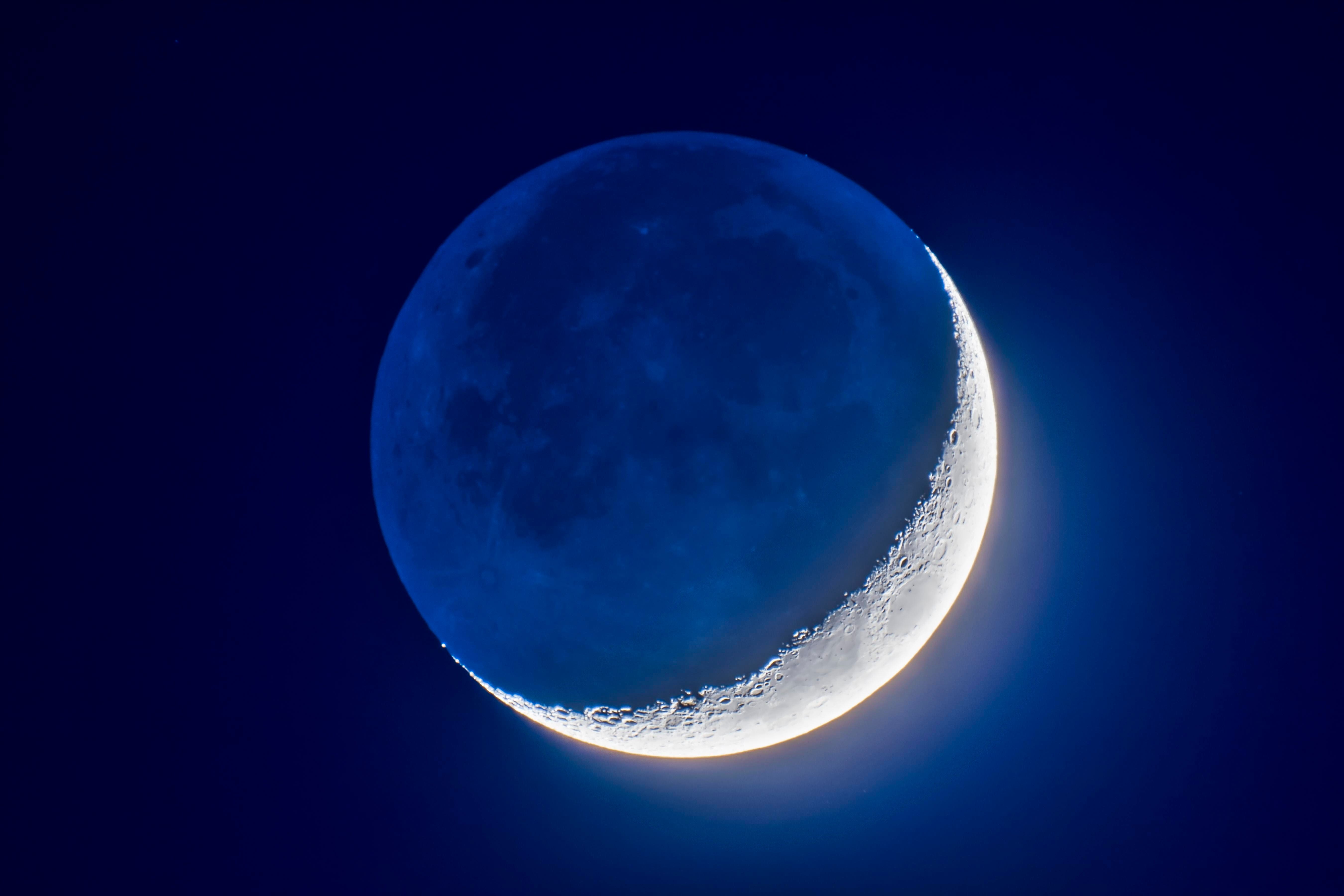 Have you ever seen the crescent Moon’s ashen glow? Known also as Earthshine, Earthlight, planet-shine and—perhaps most poetically—as “the New Moon in the Old Moon’s arms,” it’s a stunning sight and it’s visible this coming week if you know when and where to look.

All you need are clear skies, a good view to the west, and a few minutes to spare around dusk to see the Moon’s dark side subtly lit-up.

This ashen glow is visible for a few evenings after New Moon at dusk when our satellite appears as a slim waxing crescent in the first few days of the Moon’s orbit of Earth.

It will be most easily seen in the west at dusk on Wednesday, April 14 through Friday, April 16, 2021 wherever you are in the world.

It’s also visible in the few mornings before New Moon, so as I write this, that’s Friday, April 9 and Saturday, April 10, 2021, though since that means getting up an hour before dawn, fewer people will see it. Or even try to!

What is this Earthshine? It’s reflected light. That’s all. It’s sunlight that hits the Earth and reflects on to the Moon, so despite there being only a crescent Moon—i.e. the Moon is very close to the Sun and only its side is illuminated—we can see features on the Moon’s dark limb.

You can see this ashen glow with your naked eyes, though a pair of binoculars or a small telescope reveals it beautifully and unmistakably.

The phenomenon is at its best either side of a New Moon in the northern hemisphere’s spring—April, May and June—when the Arctic ice and snow reflects the most light. Thick clouds are also thought to have an impact.

So is this the “dark side of the Moon?” No, there is no such thing. The Moon is tidally locked to Earth, so it rotates only once every 29.5 days—one complete orbit of Earth. Consequently, 50% of the Moon is always dark and 50% is always illuminated by the Sun, but because the Moon orbits Earth every 29 days we see its lit-up portion wax towards full and wane towards its New phase when it gets lost in the Sun’s glare.

So get outside this week and see if you can find a slim crescent Moon’s darker limb reflecting sunlight from Earth.

Once you find it, ponder this—if you were on the lunar surface only at this time of the month would you see a nearly “full” Earth, which for most of the month waxes and wanes in virtually the same patch of the night sky, never rising or setting.