Breaking
In The Race To Retail Dominance, Customer Service...
Meet Onesimus, The Enslaved Man Who Saved Boston...
How to Build a Sales Forecast Model
The Unexpected Ways COVID-19 Has Forever Changed What...
Google Posts: Conversion Factor — Not Ranking Factor
How To Bring Your Branding To Life
Coinbase Cofounders And Investors Poised To Rake In...
How To Stay Top-of-Mind For Your Audience With...
Employers: Eight Red Flags You May Not Notice...
The benefits of videoing in the automotive industry
Ted Lasso, Other Apple TV+ Shows Arriving Soon...
How To Incorporate Click And Collect Into Your...
What Are Working Capital Loans and When Should...
The 10 Biggest Trends in Entrepreneurship to Look...
Clubhouse Has Grown 10X In Two Months. Here’s...
Here’s Why Tyson Foods Stock Looks Undervalued At...
Home General How, When And Where You Can See A Silvery Half-Moon Slide Past A Red Mars With Your Naked Eyes This Week
General

How, When And Where You Can See A Silvery Half-Moon Slide Past A Red Mars With Your Naked Eyes This Week 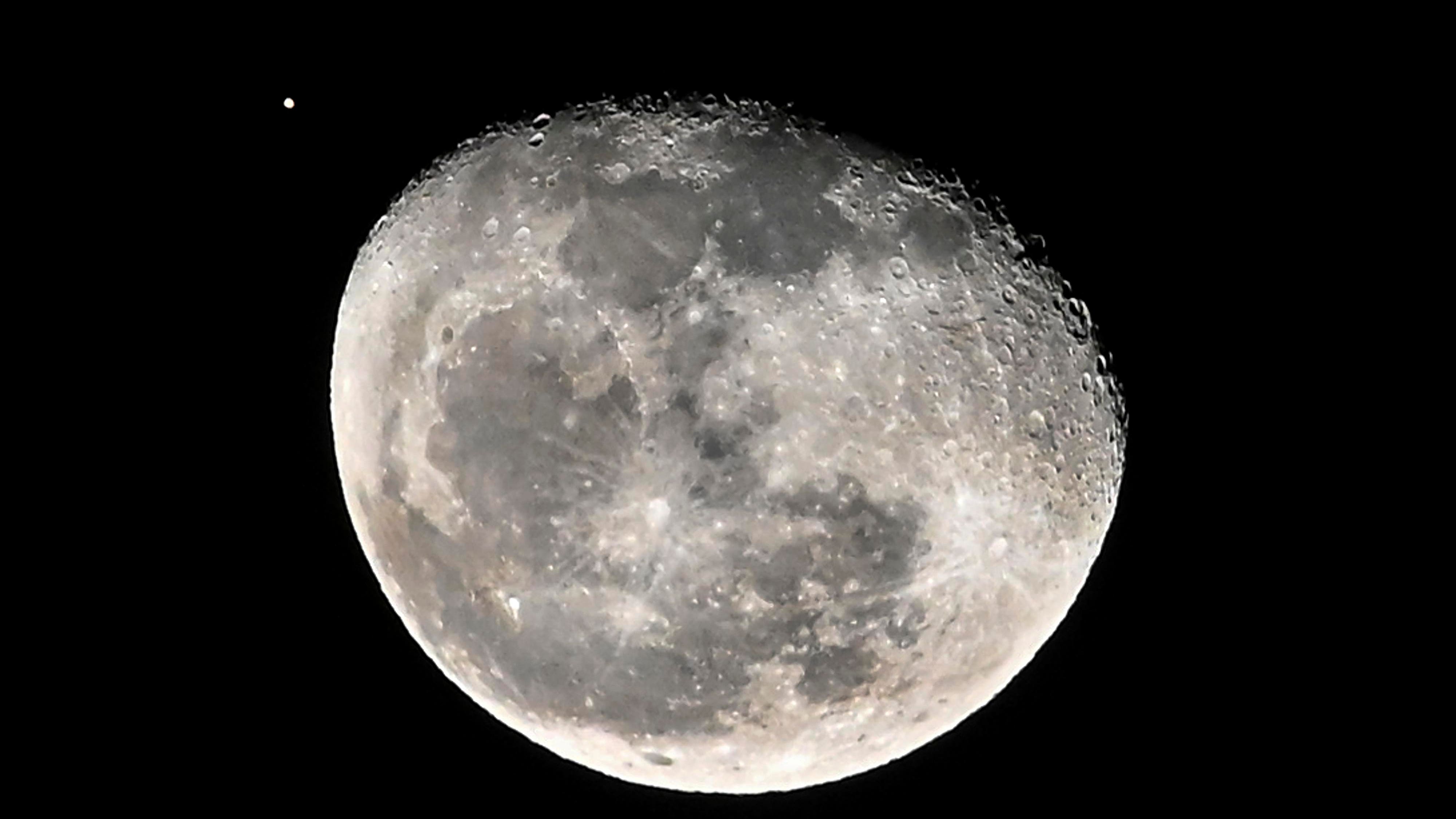 Mars is not what it was.

After spending the latter half of 2020 as a stunningly bright planet, it’s on the wane.

That’s happening because Earth is pulling away from Mars as we continue on our faster journey around the Sun, but before separation gets too serious there’s a fitting finale this week as the Moon shines close to the red planet.

As it does so it will also be possible for those with binocular and telescopes to have a go at looking for the blue-green planet Uranus—the seventh planet from the Sun—close by.

Here’s when to see the Moon, Mars and Uranus in the night sky this week.

When and where to see the Moon and Mars this week

How to see Uranus

Uranus is virtually impossible to see with the naked eye, but this week is nevertheless a great time to find it if you have optical aids.

It’s so far away and so faint that seeing the seventh planet from the Sun means using binoculars or a small telescope, though even with them you’ll only see a blue-green dot.

When and where to see Mars and Uranus this week

The reason why this week is a good time to find Uranus is because the “sideways planet” is in conjunction with Mars (and the Moon on Wednesday), and so relatively easy to find in the night sky. You’ll find it about 1.5º below and to the left of Mars.

Times and dates given apply to mid-northern latitudes. For the most accurate location-specific information consult online planetariums like Stellarium and The Sky Live. Check planet-rise/planet-set, sunrise/sunset and moonrise/moonset times for where you are.

Why You Should Stop Using Your Facebook Messenger App