Breaking
John Kerry As Presidential Climate Envoy: Virtue Signaling...
Increased Risk Of Chronic Conditions Associated With Early...
Top ETFs This Week As Dow Ends Day...
As Biden Admin Eyes Canceling Student Loans, Taxpayers...
How Social Media Is Helping Cryptocurrency Flourish
Here’s What You Need To Know About AstraZeneca’s...
Mini Gifts: What To Get For Your Colleagues...
How to Tell if You’re Shadowbanned on Social...
Report: Biden Picks Janet Yellen For Treasury Secretary
Policy Priorities
How To Poise Your Business For Success (And...
Eight Key Steps To Landing Your Product In...
Brands That Are Redefining Black Friday
How Much Room Is There For E-Kick Scooter...
Why We Must Update The Law For The...
The Tax Rules For Home Businesses And Working...
Home Finance How Will COVID-19 Affect Our Retirement System In The Long-Term?
Finance

How Will COVID-19 Affect Our Retirement System In The Long-Term? 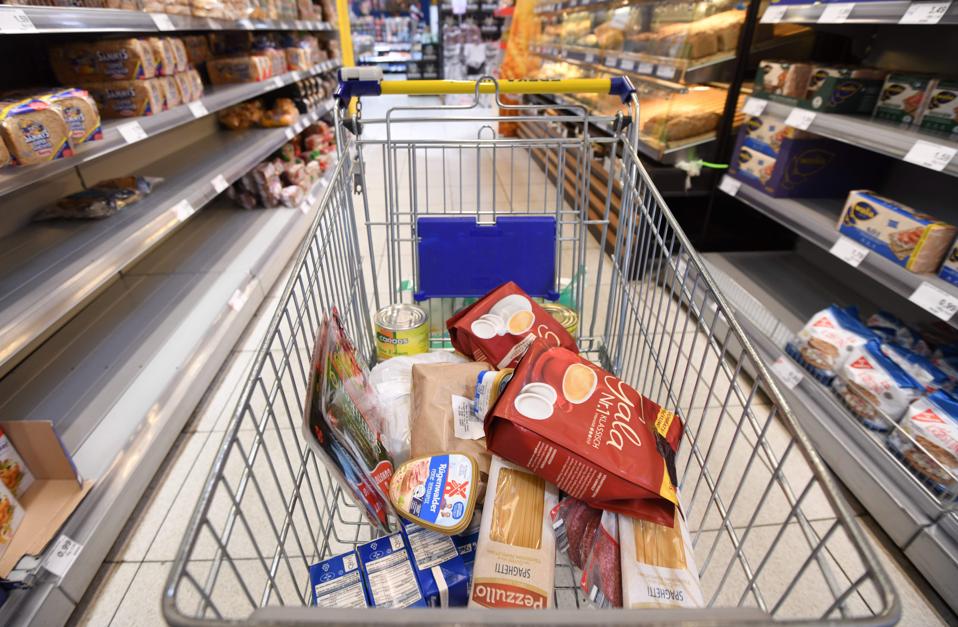 A filled shopping cart is seen at a supermarket on March 19, 2020 in Ahlen, western Germany, due to … [+] the spread of the novel coronavirus COVID-19. – Adrian Blaschke, managing director of a patient transport company ‘Sani-Trans’, carries out ambulance trips for transport patients lying down or sitting in a stretcher chair and now he organises shopping for senior citizens so that they can stay at home as a risk group. (Photo by Ina FASSBENDER / AFP) (Photo by INA FASSBENDER/AFP via Getty Images)

Readers likely know that the emergency sick leave/childcare leave bill I’ve been following passed and was signed by the president yesterday. The most substantial change from prior iterations has been that eligibility for the longer 3 month benefit, originally for a number of reasons, has been narrowed to provide for benefits for parents whose children are hope from school. (Frustratingly enough, the definition of “child” as anyone under 18 remained, and I’ve not been able to figure out whether that was intentionally expansive or if teenagers really were imagined to need direct parental care, but that’s neither here nor there.) Others at Forbes have summarized the final provisions, and the Washington Post reports that the estimated price tag is $105 billion.

And at the same time, ABC News reported yesterday on the latest proposals:

“The Treasury Department on Wednesday pitched the details of President Donald Trump’s $1 trillion economic stimulus proposal to Congress, representing his top priorities for phase three of the federal government’s response to the new coronavirus pandemic.

“The proposal, obtained Wednesday by ABC News, would authorize two $250 billion rounds of direct payments to individual taxpayers, with the first payment issued beginning on April 6. Another wave of payments would be distributed to taxpayers beginning on May 18.

“President Trump refused to place a dollar amount on the payments during a news conference Wednesday afternoon, although Treasury proposed for the payment amounts to be fixed and tiered based on income level and family size, and each round of payments would be identical in amount.”

Folks, I don’t know that this makes the Central States’ funding deficit of $39 billion into chump change (or the $30 billion in liability for the city of Chicago pensions), but the scale of economic disruption, and the degree to which the government is expected to intervene, will likely have effects well beyond the pandemic itself. And this is far bigger than questions of stock markets and 401(k) balances.

Will the course of the next several months completely upend our understanding of the government’s role in our lives? And how will this transform expectations for our role in saving for our retirement, vs. having our needs provided for by the government in retirement, and how will it affect the discussions of underfunding/bailouts when it comes to state and local pensions as well as multiemployer pensions?

A few items to consider:

Some time ago, in the context of a survey finding that Millennials had worryingly-low levels of retirement savings, I speculated that too many of them were Millennials in a different sense, that is, thinking that we were about to reach “The Millennium” – that is, the secular equivalent of the 1,000 year period of peace believed by some Christians to come at the Second Coming of Christ, and declining to save accordingly. In fact, this was almost exactly two years ago, before Bernie Sanders’ promises of student loan forgiveness and no-cost-share universal health care, let alone Andrew Yang’s promises of a universal basic income.

Now we’re in a different situation, in waters that are uncharted in many respects — in terms of both public health, and the short- and long-term economic effects. How do we help people who right now are unable to work because restaurants are shut down, or have no caregivers during work hours for children too young to manage for themselves, and what will we need to do in the future after the current crisis is over? We have a playbook for recessions, and we have mechanisms in place such as unemployment and food stamps (which, admittedly, the government had already had a poor track record in processing quickly). But we also have a generation of young people, in those Bernie and Yang supporters, who are coming to believe that we are on the cusp of a radical economic transformation.

And here are some comments from Sunday’s debate that worry me.

“People are looking for results, not a revolution. They want to deal with the results they need right now, and we can do that by making sure that we make everybody whole who has been so badly hurt in terms of they lose their job, in terms of not having the ability to care for their children, in terms of the healthcare costs that they have related to this crisis. We can make them whole now, now, and put in process a system whereby they all are made whole [emphasis mine].”

“Well, I think it goes without saying that as a nation we have to respond as forcefully as we can to the current crisis, but it is not good enough not to be understanding how we got here and where we want to go into the future. So how does it happen that today, in the wealthiest country in the history of the world, half of our people are scared to death? Good. I agree. In fact, that was my idea originally to make sure that every person in this country is made whole as a result of this crisis [emphasis mine].”

This is a radically new idea: to imagine that the government can not just mitigate the economic harms people experience but act in such a way that can prevent anyone from suffering any ill financial effect due to the pandemic and its effects on the economy. In reality, of course, this is not happening: after the first two weeks, the paid leave legislation only covers 2/3rds pay. But if this mindset is adopted by Americans at large, rather than seen as overblown rhetoric by presidential candidates trying to one-up each other in their promises, then all the hard work people have put into encouraging greater savings rates might be for naught.

And consider further this comment to my prior article on multi-employer pensions and the prospect of a federal bailout:

“The economic train wreck right in front of us ought to end the chance of pensioners being treated any differently than any other retirees without enough savings to cover their costs in retirement. Congress is probably going to have to do something to help impoverished retirees; that will have to cover Teamster pensioners the same as everyone else.”

Will Congress feel obliged to provide the same sort of “rescue” to those affected by stock market drops, as to those who’ve lost their jobs or childcare source? Probably not. But if the long-term economic and political effects of the pandemic is a new expectation that the government should remedy all ills, then, in whatever our “new normal” becomes, it will be all the harder to prod people to save for retirement not just out of some future imagined “extra income” but in the here-and-now.

After all, if one considers others instances of national crises, there was a role for communities to come together to help: World War II had victory gardens and scrap metal drives. In World War I, women made surgical dressings and hand-knitted socks through the Red Cross. More recently, communities worked together to provide care packages to soldiers stationed in Iraq and Afghanistan.

Now? People wishing to help post on NextDoor their willingness to go shopping for their neighbors, to be sure, but, realistically, all eyes are on the government to get us through the next weeks and months by coordinating testing and treatment and by making up for lost income. And despite the closing of schools and the increasingly-strong recommendations for social distancing, CBS News circulated footage of college students happily partying away on the beach, unwilling to sacrifice their Spring Break trips, producing fears that, without cooperation with recommendations, mandatory lock-downs would be the next step.

I am wholly unqualified to forecast the progression of COVID-19/coronavirus disease in the United States, but, beyond the (short term in the grand scheme of things) effects of the disease itself, it seems entirely possible that we see a radical transformation in our collective expectations of the role of government in areas beyond public health.

Self-Isolating At Home? Use Silicone Instead Of Plastic To Store Your Food