Breaking
Apple Loop: New iPhone 13 Leaks, Apple’s App...
25 of the Best Add-On Slack Apps to...
How Millennials Are Changing The Face Of B2B...
Bloggers of the Month: Kelly Jackson & It’s...
As Bitcoin Suddenly Surges Over $50,000, The Price...
In The Race To Retail Dominance, Customer Service...
Meet Onesimus, The Enslaved Man Who Saved Boston...
How to Build a Sales Forecast Model
The Unexpected Ways COVID-19 Has Forever Changed What...
Google Posts: Conversion Factor — Not Ranking Factor
How To Bring Your Branding To Life
Coinbase Cofounders And Investors Poised To Rake In...
How To Stay Top-of-Mind For Your Audience With...
Introducing The Chrome Extension: Get Share Counts, Links...
Employers: Eight Red Flags You May Not Notice...
The benefits of videoing in the automotive industry
Home General How Would A Minimum Wage Hike Affect Older Americans? And Will The ‘Experts’ Get It Right?
General 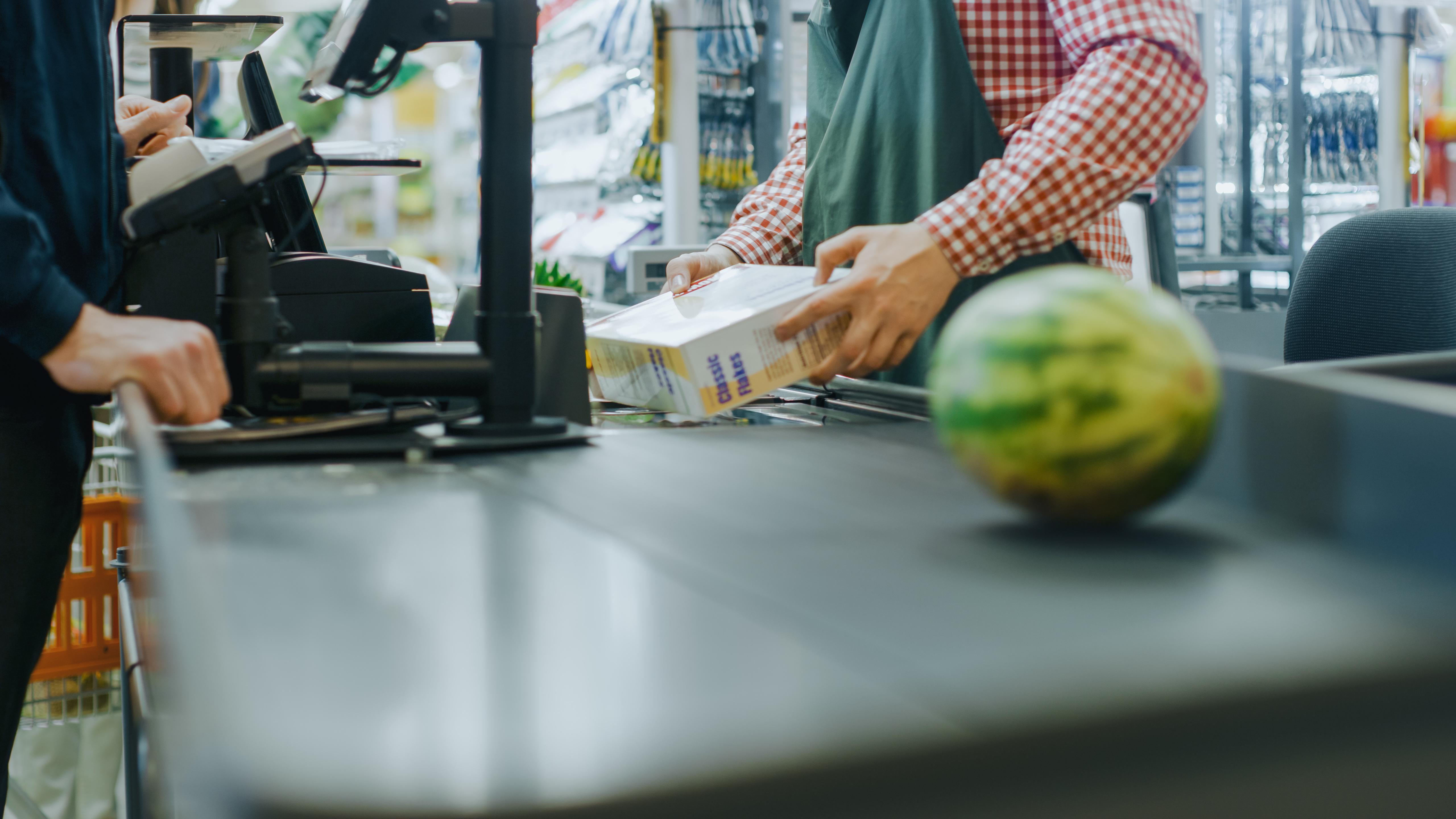 The $15 minimum wage, on the agenda of activists for upwards of a decade and now a part of President-Elect Biden’s covid-relief plan, is, depending on who you listen to, either a boon to workers or the source of substantial lost jobs. After all, a CBO analysis from 2019 concluded that both effects would occur: 1.3 million fewer people in poverty paired with 1.3 million fewer workers in the workforce, in the case of a phased-in $15 minimum wage indexed thereafter for inflation. That’s the median of its range of estimates; the CBO’s calculation of the range of possible outcomes is substantial, from no jobs lost at all to 3.7 million jobs lost — and the CBO still estimates that there’s a 1/3 chance that the jobs lost could be outside this range.

How would it affect older workers in particular? Certainly if there were no add-on effects, a boost in pay would be a win for low-wage workers who seek to supplement their Social Security benefits. But to the extent that employers, with the higher payscale, are more aggressive about ensuring their employees’ productivity with monitoring and production quotas, older workers are even more at risk than a typical worker whose job can be replaced with automation, like the ordering kiosks at fast food restaurants, since they’d be less able to adapt to expectations of a faster pace.

How would it affect the economy? The CBO calculates that, in the short-term, the proportion of income earned by lower-income workers would increase, they would spend a greater proportion of that income than higher-income folk would (because, in generally, lower-income workers spend a greater share of their income, and higher-income workers save more), and the increased overall spending would boost the economy’s output to its “maximum sustainable amount.” At the same time, CBO expects that business owners would absorb 50% of the increased costs in the short term, but In the longer-term, those shifts would be partially unwound, and 75% of the higher labor costs would be passed on to customers. And, despite the quite considerable boost in wages for states with minimum wages equal to the current federal minimum, the overall income for families below the poverty level would only increase, on average, by 5%. And the effect of higher minimum wages on productivity are unknown: workers might be more eager to keep their job, with its increased pay rate, and work harder with less turnover, or, alternatively, the effect of wage compression, that is, the loss of or diminished ability of employers to increase pay for increased skills or hard work, could reduce productivity. After all, when Illinois increased its minimum wage back in 2019, I looked at the median wages by occupation in small-town Illinois, where childcare workers are paid, at median, $9.38; butchers, $13.50; and EMTs, $14.30. If the wages for each of these jobs become identical, what incentive is there to strive towards an occupation which requires greater training?

But, again, recall the wide range of estimated job losses — that the CBO could only estimate with a 66% certainty that the jobs lost would range between 0 and 3.7 million. How much higher job losses could potentially be beyond this, the CBO doesn’t even calculate. This is nothing if not a reminder of the limitations of economists’ analysis of the question, however much they may wish to believe that they can arrive at answers as definitively as, say, a pharmaceutical company can regarding vaccine effectiveness.

And, with that in mind, a blog post by Bloomberg columnist Noah Smith, writing at his personal blog, caught my eye. Smith titles his post, “Why $15 minimum wage is pretty safe – And why economists changed their minds on the minimum wage,” and marshals various bits of evidence with a list of caveats as well. He acknowledges that the answer to the question, “does minimum wage kill jobs?” is “it depends,” cites some research that says the tipping point is at 60% of the median wage, which would be about $15 an hour, and assumes that there would be exceptions for small businesses, start-ups, and areas with low current prevailing wages, as well as some mechanism for minimum wage reductions during recessions. But past proposals for minimum wage hikes, as detailed in the CBO report, have had none of these.

But of greater concern is his larger assertion, that economists have “changed their minds” about the minimum wage because they have become convinced by the evidence in support of increases. He cites as a turning point a “landmark study” from 1994 which he believes offered convincing evidence that minimum wage increases does not reduce employment. But this study, “Minimum Wages and Employment: A Case Study of the Fast-Food Industry in New Jersey and Pennsylvania,” is not a slam-dunk. This study looked at the impact of a minimum wage hike in New Jersey and compared employment patterns to those across the state line in Pennsylvania; however, as other voices write (e.g., Preston Cooper at FEE, the Foundation for Economic Education and Thomas Firey at The Library of Economics and Liberty), the study was limited in its analysis with methodological flaws which substantially limit the degree to which it can prove anything.

Nonetheless, Smith cites a succession of polls. In 1978, 90% of economists (members of the American Economic Association) answered yes to the survey question, “Do minimum wages substantially lower employment among low-wage workers?” In 1992, 72% agreed, in 2000, only 46% did. In a separate survey, the IGM Poll, 34% of respondents agreed in 2013 and only 26% did in 2015. He further cites an analysis from 2014 that reported that recent graduates of doctoral programs were more likely to support raising minimum wages than economists as a whole.

Smith claims that the shift in opinion is due to the impact of “empirical economics research” taking over the field, and the “credible and careful” studies these researchers produced changing economists’ minds. But even Smith acknowledges that during the past few decades, “economists became more concerned with topics like inequality.” And the length of the time period over which this opinion shifted suggests that this was not merely a matter of individual practicing economists changing their minds but of a new generation of economists having different priorities, and being predisposed to answers that suit their (new) preferences.

To be sure, the debate over the minimum wage is largely a political one, and often enough, advocates of a higher minimum wage have simply been indifferent to the potential impact on employment, out of a conviction that a higher minimum wage is the morally right thing to do regardless of its potential consequences. But politicians rely on economists (directly or indirectly) for justification for their actions. It matters whether those economists are right or wrong, or whether they admit that there is no certainty to the claims they make.

And the minimum wage is but one example. What will the economic consequences be of the $1.9 trillion in projected new spending — an economic recovery or a stock market bubble? What will the consequences be of the unprecedented purchasing of bonds by the Federal Reserve — growing the Fed’s balance sheet from $4 trillion to over $7 trillion during the pandemic? How — if at all — can we pinpoint the spot at which “stimulus” ceases to help and starts to damage the economy, or, as FEE put it, “Why Not $200,000 Relief Checks?” Brian Riedl of the Manhattan Institute, discussing the impact of Biden’s spending proposals, cautions that “Lawmakers are playing with fire if they believe that government debt can rise forever with no economic consequences.”

A lot is riding on whether the economists who have Biden’s ear get these questions right, and, more importantly, whether both they and the Biden policymakers recognize that economics is not a “science,” least of all in the popular conception of “science” as a means of predicting the consequence of (in this case, economic/political) decisions accurately and precisely.

Are Smart Beta ETFs Set Up To Fail?