Breaking
How to Run Nonprofit Marketing Ads
Entrepreneurs Are Bringing Transparency To Home Buying And...
Best Incentive To Get Vaccinated: Money, Messaging, Or...
Page Level Query Analysis at Scale with Google...
How A CIO Can Align IT With Business...
Blogger of the Month: Jo, Girl Eats World
6 Things Women In Business Know That Men...
How to Use First-Party Data for Ad Personalization
Pressing Reset—Putting A Fallen Unicorn Back On Its...
How We Went Viral: Promoting Content with Influencers,...
Blame Olympic Record Price Tag For Return To...
Apple iOS 14.5 Release: Should You Upgrade?
How to Come up with Podcast Topics and...
Why Gaming Gear Company Razer Launched A $50...
Technical SEO Implementations to Increase the Impact of...
30 Brilliant Ways to Market Your Eco-Friendly Shopify...
Home Technology Huawei Loses Out As Trump And China Agree New ‘Phase One’ Trade Deal
Technology 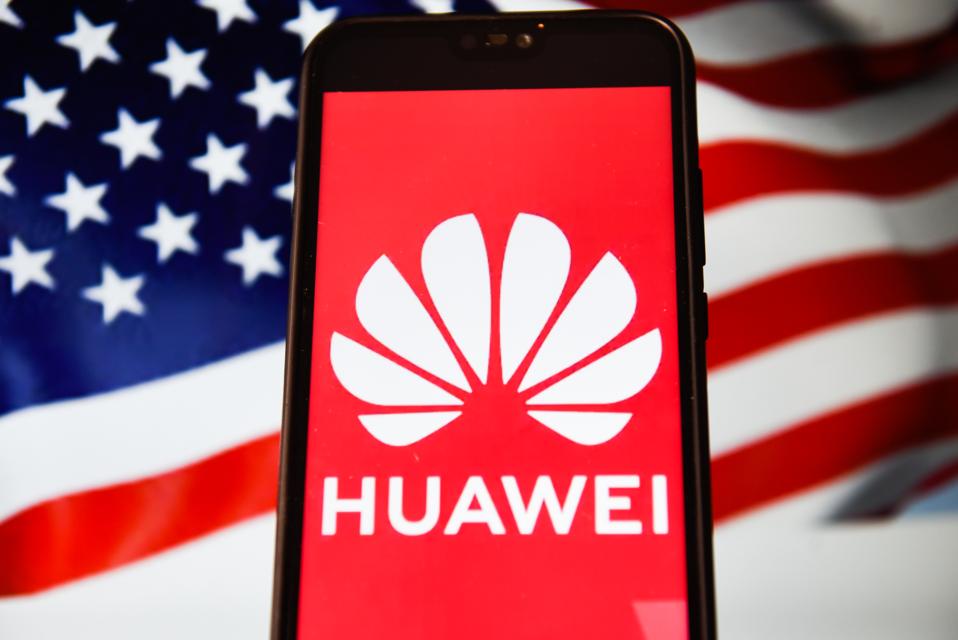 There has long been speculation that the ongoing blacklisting of Chinese tech giant Huawei might be used as a pawn in the trade negotiations between Washington and Beijing. Now, with a “phase one” deal being put in place, is there likely to be any relief for Huawei as it continues to work around the supply chain restrictions that have been in place since it was added to the Entity List in May? The short answer is no, at least not directly or immediately. And so the longer answer is that it’s actually more complicated than that.

The deal agreed on December 13 looks set to significantly ease tensions between the U.S. and China. At least for now. As reported by the Washington Post, Trump’s team “characterized the deal as ‘amazing’ and ‘historic’,” while officials in Beijing “held a rare news conference to emphasize this deal was a win for them.” The first stage agreement trades U.S. tariff reliefs for China purchasing some $200 billion in U.S. goods alongside an easing of market restrictions for U.S. firms.

No immediate relief for Huawei

But for Huawei there is no direct impact from what has been agreed thus far. The company’s inclusion on the Entity List stems from security concerns relating to its alleged links to the Chinese state and the likelihood it will collect intelligence if asked. All of those allegations have been denied, but they remain front and centre in the ongoing U.S. campaign to restrict the Chinese company’s business around the world.

In truth, though, the company has seen some softening on the restrictions it worries most about in recent weeks. Although the headlines have focused on Huawei’s new legal action against the U.S. over the FTC’s clampdown on rural U.S. carriers using federal grants to buy Huawei equipment, for Huawei the numbers involved there are modest. For the Chinese tech giant, the real concern is an easing on restrictions impacting the company’s smartphone business ahead of 2020 product launches and a softening of the intense campaign to persuade international governments to block its access to their 5G deployments.

The U.S. Commerce Department has recently started issuing long-awaited licenses to U.S. companies to restore supplier arrangements with Huawei, and with Microsoft already a beneficiary, all eyes are now on Google. The loss of Google from Huawei’s new smartphone models has become the poster-child of the blacklisting, generating significantly more headlines than anything else. As I have commented before, all eyes are now on whether Google will be restored to Huawei’s new line-up in time for the launch of the P40 Pro in 2020, which may be announced as soon as Mobile World Congress in February.

And so, while there is no direct impact from the initial trade agreement, it will ease tensions enough, Huawei will hope, that the restoration of further suppliers—like Google—where there are no national security concerns becomes more likely. The company has committed to Android for its forthcoming new devices, and does not want to continue to struggle in international markets where consumers expect those devices to come installed with the full suite of Google staples.

The coming weeks will be critical for Huawei, as we watch to see whether the company can provide the resolution it needs to its smartphone software line-up for 2020. It will be disappointed to miss out on being a direct beneficiary of the phase one deal, but will also be hopeful that the initial trade deal ushers in some relief in short order. That said, there remains significant political resistance in the U.S. to any easing of restrictions, as evidenced by the reaction to the positive 5G news for Huawei in Germany and Spain and the much more negative news in Norway, as Europe divides into those markets willing to defy U.S. warnings and those that are not.

The Devil Wears Prada Musical Has Found Its Miranda Priestly