Breaking
Here’s What You Need To Know About AstraZeneca’s...
Mini Gifts: What To Get For Your Colleagues...
Report: Biden Picks Janet Yellen For Treasury Secretary
Policy Priorities
Eight Key Steps To Landing Your Product In...
How Much Room Is There For E-Kick Scooter...
Why We Must Update The Law For The...
The Tax Rules For Home Businesses And Working...
How To Use The ‘E.R.I.C.’ Framework To Tackle...
‘Destiny 2: Beyond Light’ Review: A Frozen Triumph
Five Steps To Faster Market Research
What’s The Upside For NetApp Stock?
Why Automated Machine Learning Is Becoming A Must-Have...
Is The Caruso 2020 A Serious Challenger To...
Your Smartphone Is Costing Your Fortune
Ignoring Climate Related Physical And Transition Risks Imperils...
Home Technology Huawei Mate 40 Pro Suddenly Reveals Game-Changing Alternative To Google
Technology 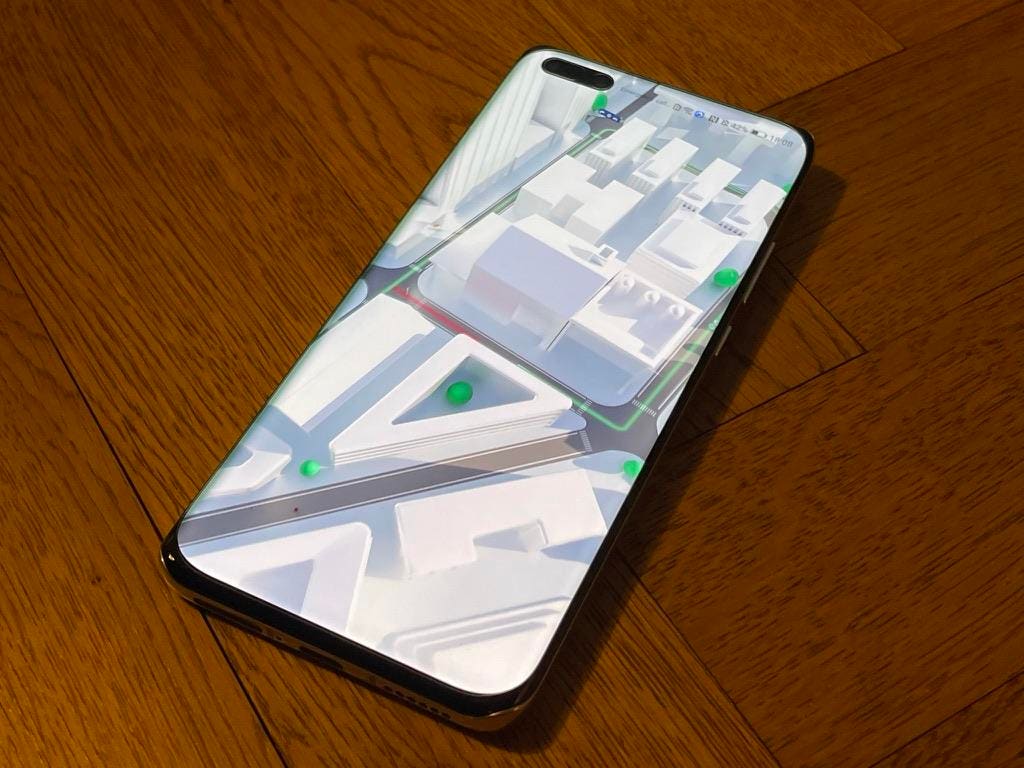 The Huawei Mate 40 Pro has been revealed and it looks pretty amazing. But if you listened carefully to the keynote, you’d have heard another announcement that sounded less interesting but could prove to be crucial.

Now that the current issues between Huawei and the U.S. Government means there’s no prospect of Huawei being able to access full Google Mobile Services (such as the Play Store, Gmail and Google Maps), the company has been heading towards its own independent solutions to these issues.

Mail is relatively easy to solve – a Huawei app boasting compatibility with different email systems is good enough. Play Store is tricky, but as more apps appear in the AppGallery, this issue could slowly be overcome.

But mapping is a whole other problem.

Google Maps dominates the space on Android phones, and is the app that Huawei must really wish it had on board. Though you can of course access it through google.com on the browser, that’s really not the same.

So, Huawei got the brilliant Here WeGo maps on board some time ago and, more recently, TomTom Go Navigation joined the fold. That was a pretty big coup in its own right.

We knew that Huawei had inked a deal with TomTom for more than that, though and now, it’s gone live. We thought it was going to be called Huawei Maps (well, what else?) but the company has surprised us and brought the name in line with the Petal Search app which is proving successful at helping users pin down apps, and other stuff, users can’t easily find.

The app icon just says Maps on it, but Petal Maps it is. Establishing a successful mapping app is really tough – Apple discovered that when it botched the launch of its own Maps app and it has taken years for the iPhone’s native app to catch up.

But Huawei, like Apple, has sought help from TomTom, a company which brings exceptional skill in navigation and, by the way, its own highly advanced maps. Mapping the world is an expensive business but TomTom did it a long time ago when it bought TeleAtlas.

The new Maps app offers a lot of features, even though it’s technically still in beta. Across 140 plus countries, there are detailed maps and, in some places, including the U.K., real-time traffic data. There are different viewpoints, including a 3D view with cut-out buildings, category searches with places of interest and more.

Can it replace Google Maps?

Well, that’s quite an ask. But initial responses are pretty positive. It lacks the capability to download maps in advance, one of the key benefits of Here WeGo. It doesn’t yet have the sophisticated multi-layer features of Google Maps and there’s nothing like the amazing, great-looking Look Around street view of Apple Maps.

But Petal Maps is a clear indication of Huawei’s determination to create something world-class without Google. Already a serious competitor to Google, I suspect we should great things to come from it as it develops.

How To Improve Your Personal Brand On Zoom