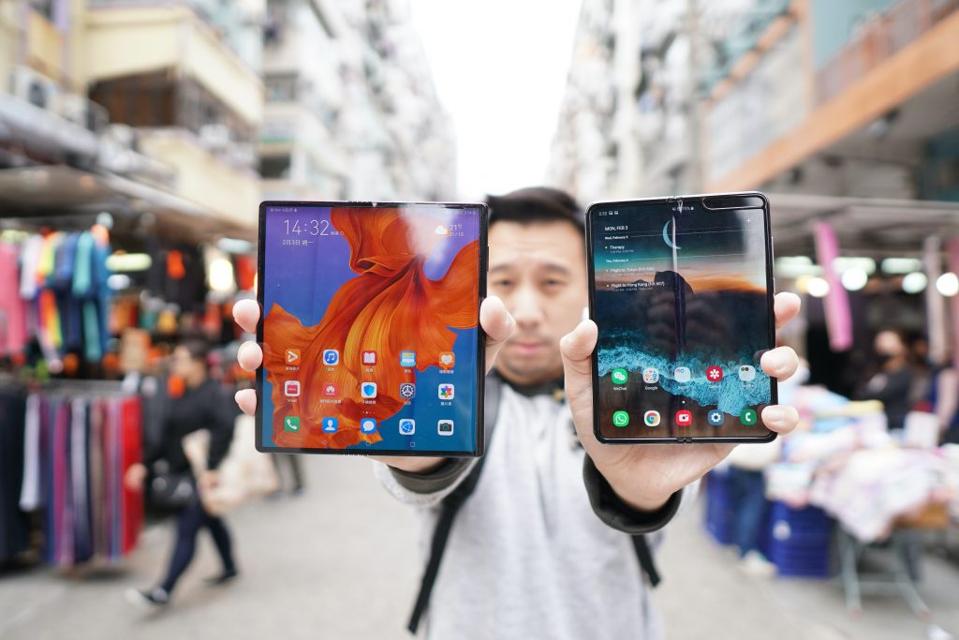 The Huawei Mate X next to the Samsung Galaxy Fold.

As consumers with disposable income, we often deal with the first-world dilemma of having to choose between the stylish product or the practical product. This could be in our choice of automobiles (two-seater sports car or minivan?), fashion (heels or flats) or gadgets (a sleek and seamless MacBook with barely any ports or bulky Sony laptop with all the ports?).

And that, in my opinion, also sums up the Huawei Mate X vs. Samsung Galaxy Fold debate. Huawei’s foldable phone is undoubtedly “sexier.” Its screen is larger, notch-less and has less of a visible crease at the folding point. The overall device is also thinner. But Samsung’s Fold is more practical, because the bendy plastic screen is protected when not in use, whereas Huawei’s is always exposed at all times.

In my four months of using the Galaxy Fold, I haven’t felt the need to baby the device, especially when it’s closed. Knowing the main screen is protected, I can throw the device in a bag with coins and keys, or place it on a rugged table with uneven surface and not think twice. But with the Huawei Mate X, I am constantly “babying” it. I place it as gently as I could when putting it down on a table, almost as if I’m putting a newborn baby into a crib; and I would never put the device in the same pocket or bag as coins and keys.

My Fold has also survived two drops to the ground with no major damage, whereas I’m not sure my Mate X could survive one drop to cement.

But that’s the price we have chosen to pay when we choose the more stylish over the more practical. And perhaps it’s human nature’s tendency to be superficial—but we’re going to keep making that choice. Women will still wear heels even if their feet hurt later; men will still buy two-seater cars that have no room for groceries or luggage.

The Galaxy Fold is the foldable I’d use long term, but the Huawei Mate X is the one I’d use to show people the future of smartphones.

Due to a combination of technical and political issues, the Mate X was just released two months ago, and really only began reaching markets outside China (via grey market imports) in the past couple of weeks.

But despite the year-old design, the Mate X is still in my opinion the most stunning device on the market right now, even more so than Samsung’s second foldable, the Z Flip. 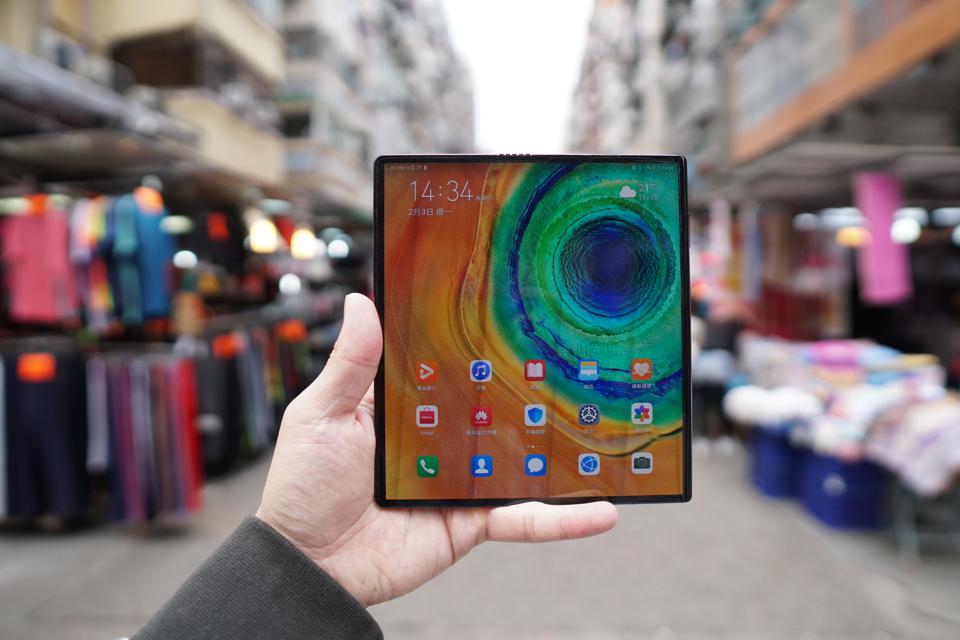 The vast 8-inch plastic OLED panel of the Mate X. 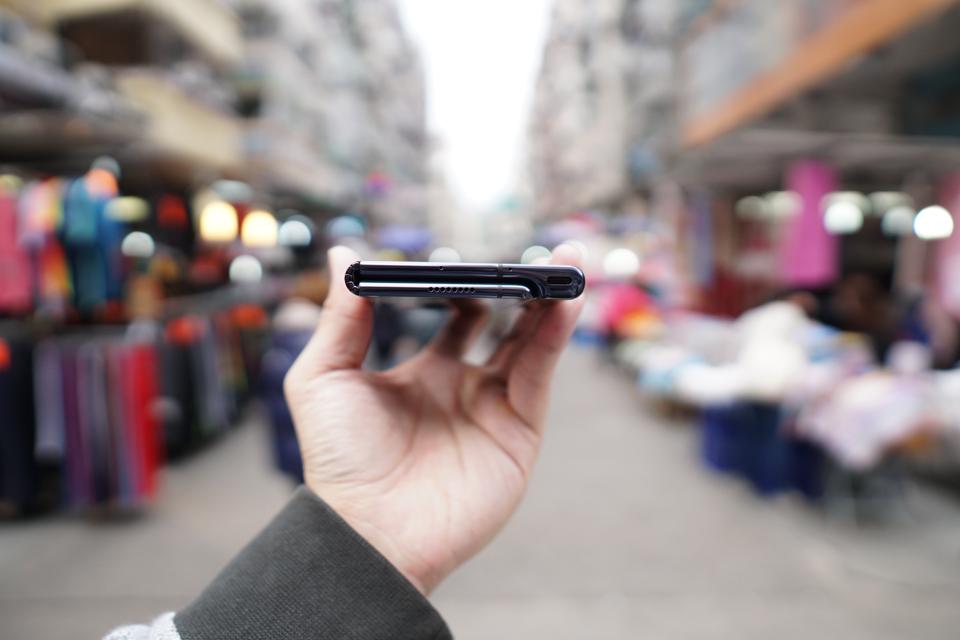 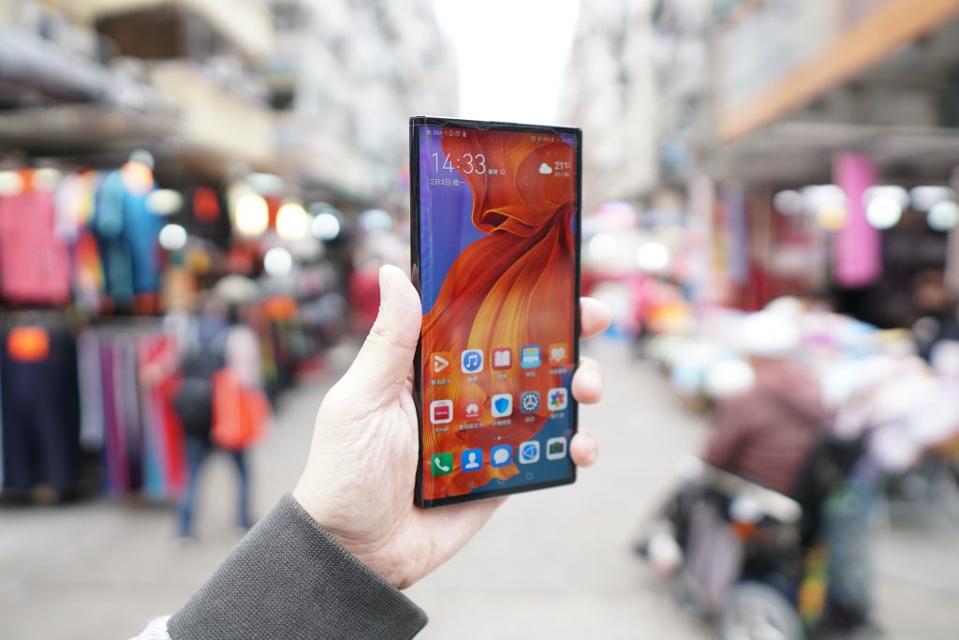 The Mate X in folded form.

The Mate X has an 8-inch plastic OLED screen that folds backwards (away from the user) and wraps around the back of the device to become a smaller device with a footprint resembling a late 2019 Android phone, particularly the Samsung Galaxy Note 10. Once folded, the phone’s front is mostly screen (6.6-inches) without a notch.

So where does the selfie camera go? Well, there is none. To take selfies, users have to flip the phone around and use the main camera module, along with the back of the phone (which is also screen) to take self portraits. 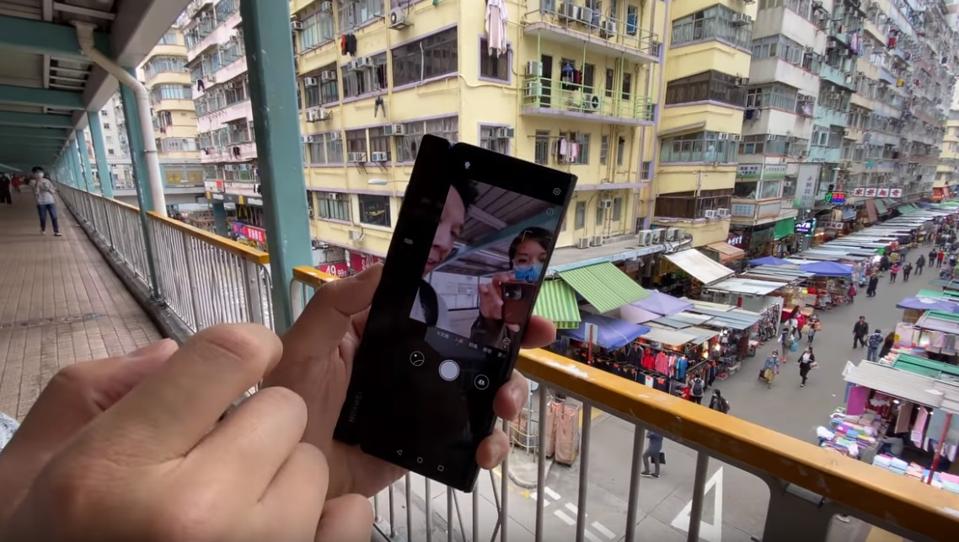 Selfies are taken with the back of the phone.

The camera system here is mostly the same as the Huawei P30 Pro’s, except the Mate X is missing the “periscope” zoom lens. In its place is a standard 8-megapixel telephoto camera. You can still zoom up to 5X almost lossless and 10X digital, but you won’t be able to zoom 50X like the P30 Pro.

The other cameras are still good, despite the P30 Pro being a year old, too. The main 40-megapixel camera is an RYYB sensor that pulls in more lighting than a traditional RGB sensor, so this phone is a powerhouse in night photography. However, Huawei’s usual over-processed, over-sharpened look is still present in images.

Unlike the Samsung Galaxy Fold, whose hinge leaves a tiny gap of space when folded, resulting in a device that feels a bit wobbly and slightly hollow, the Mate X’s hinge folds completely flat, and the folded form factor feels a lot more solid in the hand, like it’s one piece. 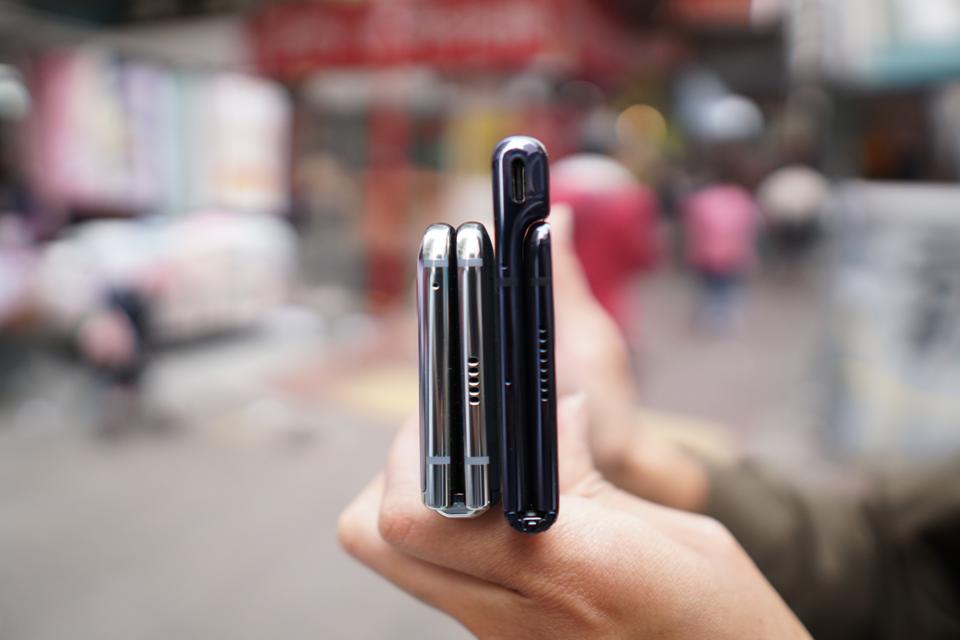 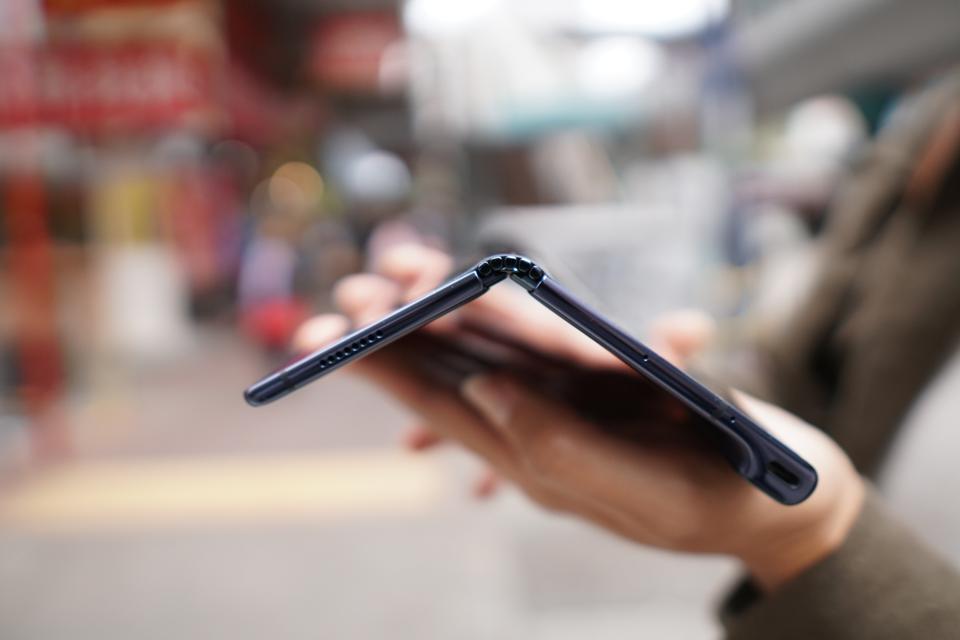 The hinge of the Mate X. 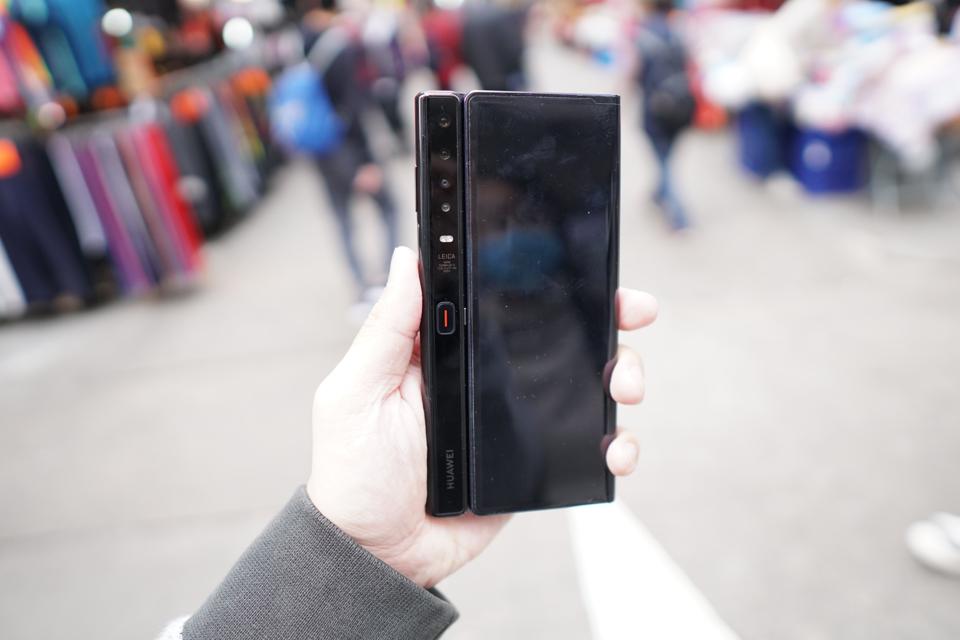 The internals are a bit dated by this point as expected with the near yearlong delay. The Mate X runs on the Kirin 980 (a generation behind the Kirin 990 that’s in the Mate 30 Pro), with 8GB of RAM and 512GB of internal storage. Despite 8GB of RAM being on the low-end now, I found the Mate X performed with no issues throughout my days of use.

Software: it can run Google, but proceed with caution

The Mate X by default does not ship with Google’s mobile services, but it is possible to install the apps with a trick that’s akin to opening a backdoor to the phone. I don’t advise the average user to do this, but for phone enthusiasts, it’s a widely used trick.

Once the Google apps are installed, Google’s mobile services stays on the phone even after software updates. And all the Google apps work fine too from my testing, including Google Maps, YouTube, YouTube Studios and Gmail.

The Mate X runs on Android 9 with EMUI on top, and the overall performance is snappy and smooth. Even when constantly switching from small screen to big screen, the animations keep up and remain smooth. 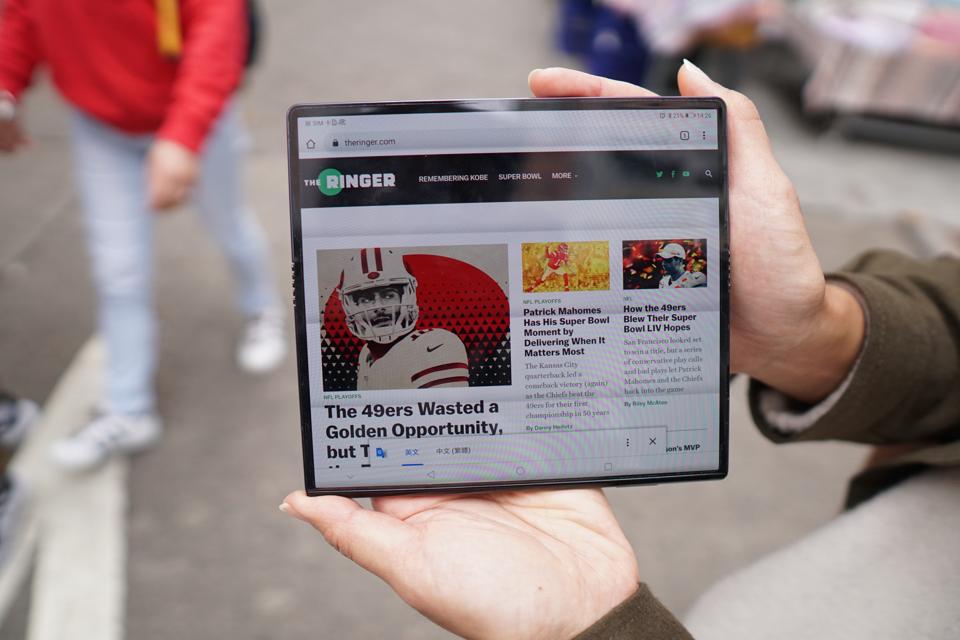 The crease on the display isn’t as noticeable as the Fold’s.

The Mate X has a 4,500 mAh battery, which from my use has been enough to power the phone all day even when I make use of the large 8-inch screen. The camera system has been mostly satisfactory, though the wide-angle camera here is lagging that of the iPhone 11 Pro’s, and Huawei’s own Mate 30 Pro. There’s a bit of distortion, loss of sharpness and a shift in color temperature that tends to be on the cooler side, too. 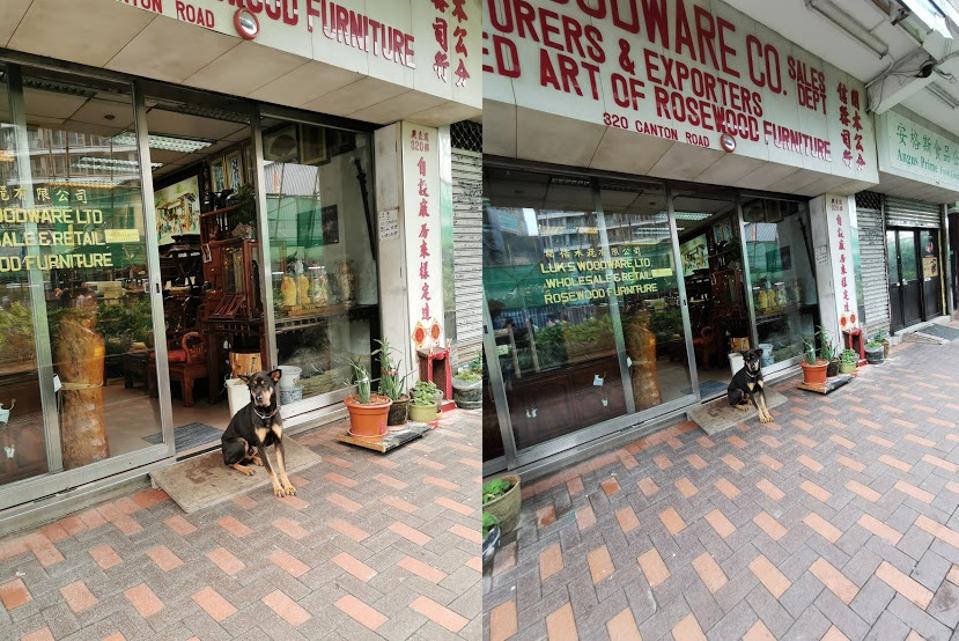 A standard and wide-angle image taken by the Mate X. 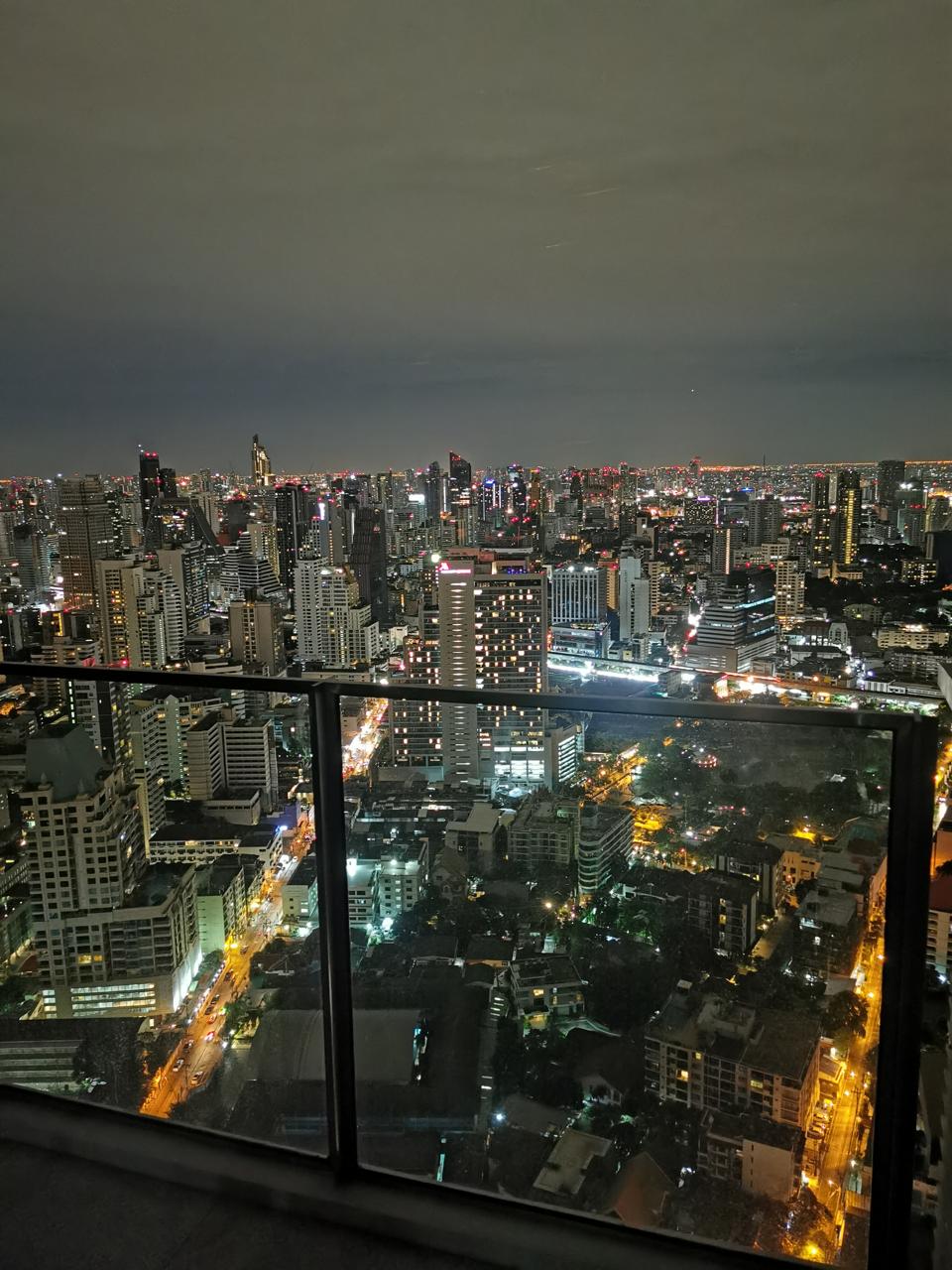 A night shot captured by the Mate X.

The main camera, as I mentioned, still ranks among one of the best despite it being a year old. The above image taken at night in Bangkok is sharp and well balanced.

My biggest concern with the Mate X is the fact that the screen is constantly exposed at all times. Whenever I place the phone down on a surface, I check to make sure it’s smooth, as a minor bump or splinter from a wooden table could scratch the screen. Perhaps I’m being paranoid, because the screen on my unit is still flawless, but I think Samsung’s way of folding, which protects the screen on the inside, gives consumers a better peace of mind. 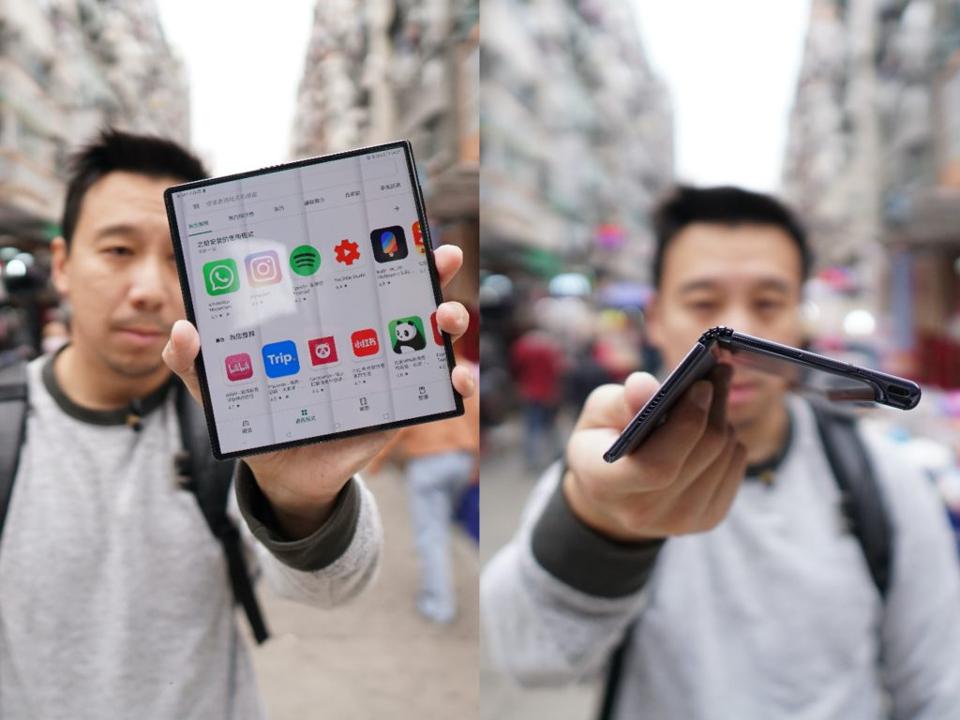 Then there’s the price—at $2,400, the Mate X isn’t cheap, especially since it is running on older internals. But I think for enthusiasts who want the most cutting-edge and most futuristic device, the Mate X is still it.

For another month, at least. Huawei is likely going to announce a follow-up to the Mate X soon, though rumors say it is just an iterative update with a newer processor.

The Need For Speed – Can 3d Printers And A Made To Order Model Help A Startup Break Into The Supplements Market?

This Is Huawei’s Alarming New Surprise For Google:...