Breaking
Extra $300 Weekly Unemployment Benefits Are Still Going...
Four Ways To Grow Your Team Via Professional...
These Up And Coming Tech Hubs Are Having...
Overwatch Is Testing A Soldier 76 Buff In...
11 Considerations When Determining An Equity Offer To...
ESG Metrics: A Path Forward For Companies
‘Moriarty The Patriot’ Makes A Hero Of Holme’s...
Mind The 99 Year Gap: How To More...
The WFH Revolution: How Covid-19 Is Changing The...
eToro Announces Staking For Cardano And Tron
Fintech Startups: Plan For Your Customers’ Emotional Realities
The End Of Third-Party Data — Finally
The Scientologist Billionaire Trying To Make A New...
Mission-Driven Fintech Kontist Shakes Up The Future Of...
What Can The Simple Fact That ‘We Exist’...
Stock Market: Here Comes October With Scary Tricks...
Home Technology Huawei Moves To Dodge Google Ban Just As U.S. Fight Gets Personal
Technology 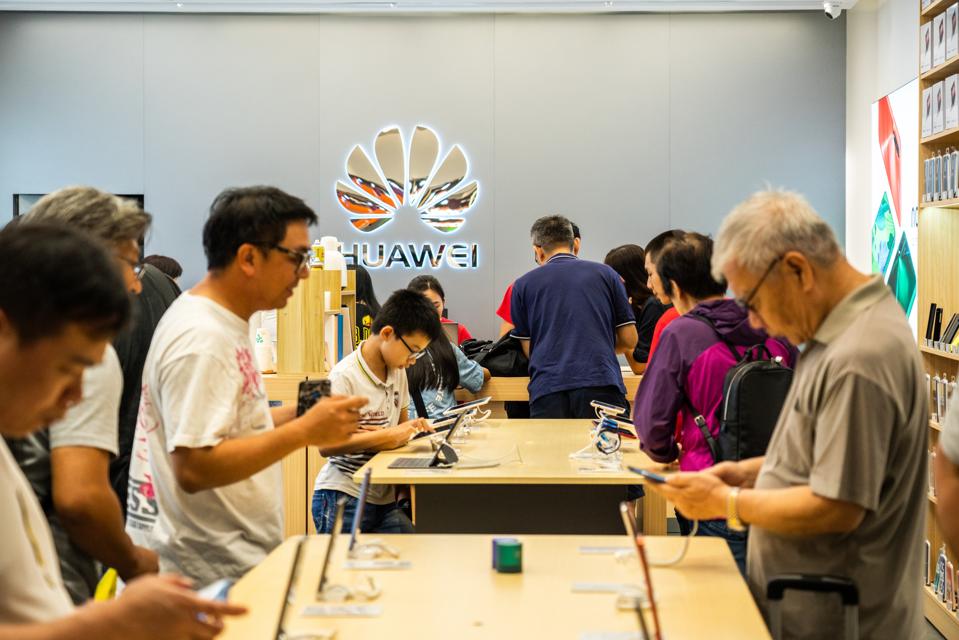 When is a new phone not a new phone? That question was front of mind when Chinese tech giant Huawei unveiled its P30 Lite New Edition last week—the latest rebadge of a phone originally launched before the Trump administration’s Google ban took hold. More storage, more RAM, more marketing. But, essentially, a year-old device wrapped in new clothing. It’s a little cynical, a little farcical, and it can’t go on forever.

You can see the issue. Huawei launched its flagship Mate 30 in September, its first device to ship without Google onboard, and despite the sales momentum in China, it has fallen flat internationally. The P40 is due soon. A repeat would be a serious setback for any Huawei aspirations to shore up smartphone sales this year.

According to Huawei, the real plan to beat the Google ban goes beyond tweaks to existing devices. The focus is Huawei Mobile Services. A suite of software apps and underlying services designed to compete with Google’s staples.

The thought that Huawei can quickly launch any kind of software platform that can tear Google’s global full-fat Android user base away from the tried and tested has been met with serious skepticism. But the company’s execs have briefed the media that we can expect it to be ready by the time the P40 is unveiled at the end of March.

And, with this in mind, just as the P30 Lite New Edition was gracing the pages of tech review outlets, we also received confirmation of Huawei’s continuing investment in the app development community that it needs to underpin HMS and take on Google. The company talked up progress at an event in London, heralding more than 50,000 apps and countless APIs, and the various SDKs that allow developers to plug into tracking, location and security services that will run as standard on the devices. A £20 million fighting fund to co-opt U.K. and Irish developers was also announced.

This is a high-risk strategy, to stay the least. But when your back is against the wall, you do what you can. Huawei is aghast at the thought of having to replace Google. It knows full well this is an outside bet that will not be smooth sailing, that incentivising consumers away from Google will require more phone for less money, and that it won’t happen overnight.

Some welcome news, then, for Huawei with the announcement that Tom Tom, the Dutch digital mapping company, was signed up to provide mapping, location and navigation services for HMS. The deal has been some time in the planning—Huawei first touted its readying of a Google Maps alternative months ago. But now it’s in the public domain, this brave new world is feeling much more real. The timing is no coincidence—the HMS and Tom Tom announcements, the additional investments, all combine to send a message that a viable Google alternative is bad news for the U.S. tech giant and for the U.S. grip on worldwide technology standards as well.

And so to the personal. The extradition trial of Meng Wanzhou—daughter of Huawei founder and CEO Ren Zhengfei, and the company’s CFO—enters a critical phase in Canada next week. At issue is the legal process that led to her arrest in December 2018, the basis on which her electronic devices were seized, and the question as to whether the crimes for which the U.S. want her extradited are also crimes in Canada—so called “dual criminality.” Huawei wants the extradition case thrown out—Ren wants his daughter back. If that doesn’t happen quickly, this court case could run for years.

Make no mistake, despite the relatively dry reporting of the technicalities of the Meng extradition case, this is deeply personal. It has been described as an “emotional and political” move by the U.S., with Meng being used as leverage in the wider campaign. Huawei has strong feelings on this, the arguments run that it goes too far, that any battle against Huawei should take on the company and not this high-profile exec.

All of which matters because, in the meantime, Huawei seems to be winning its battle to prevent Europe heeding U.S. warnings and excluding Huawei from forthcoming 5G deployments. Despite the smartphone and Google headlines, this is the real fight. It is what triggered the U.S. campaign in the first place. Does China supplying core networks to potentially adversarial states—east versus west—present an endemic security issue that will persist for a generation? The U.S. certainly thinks so.

Before January is out, we will likely know—or confirm—that the U.K., the most totemic of Huawei’s target 5G markets, will risk a personal spat with the U.S. rather than rip and replace Chinese kit and endure billions (the industry says) in costs and material delays in technology advances. We will know—or confirm—that Meng’s extradition is not set for any short-term fix, it will run and run. All of which will shape the next few months. And then we will look to the U.S. election and discover the extent to which other candidates would pursue Huawei with Trump-like vigour.

Huawei is nervous about 2020. It is talking the language of survival again. You won’t get that from the glitzy smartphone marketing and the bullish 5G statements, but everything is now at stake. We genuinely don’t know yet if Huawei—with China’s backing—is too big too fail or more a case of the bigger they are, the harder they fall.

And that brings me to my final point. This year, 2020, will also show potential areas of strain between Huawei and China itself. Look to Xinjiang, and to the criticism Huawei is now under for its role in security programs that subjugate the Chinese region’s Uighur minority. To satisfy the international community, Huawei will want to be seen to act, but to do so would risk angering Beijing. And that’s a complicated equation to say the least—yet another theme that will come to the fore in the coming months.