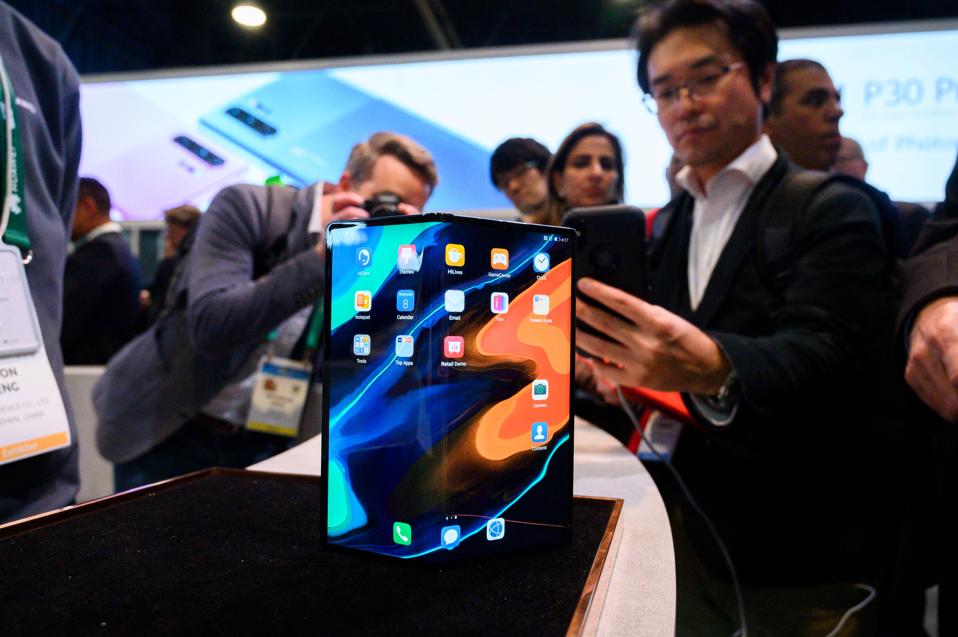 Huawei’s foldable flagship, the Mate X, has received its fair share of rave reviews. Its display and camera have all been lauded, but it’s the device’s outward folding design that has come in for special praise. You can see how that works here—the screen wraps around the phone when closed, enabling you to use the whole display, even when the device is closed. This has been described by reviewers as “amazing” and sets it apart from its core competitor, the Samsung Galaxy Fold, which folds inwardly.

According to Chinese media, Huawei says it has sold 200,000 Mate X devices since its November launch, significantly less than the 400-500,000 Galaxy Folds that Samsung says it has sold, but then the Mate X is only available in China.

Unfortunately for Huawei, there is one other key difference between the Mate X and the Galaxy Fold, and that’s the reason you will almost certainly ignore its innovation and never buy one, even if it is made available outside China. Just as with the Mate 30 and the imminent P40, the Mate X ships without Google’s software and services under the blacklist restrictions laid out by the U.S. And that means, just as with Huawei’s other new flagships, the phone is of limited interest to international markets.

In the meantime, Huawei is pushing hard to accelerate Mate X sales in China, halving the shipping window, competing within its domestic market with the wider sales numbers posted by rivals. Huawei is knocking on the door of a 50% market share in China’s vast smartphone market, and it needs to get there and beyond in order to keep pace with Samsung and even Apple, where sales of the new iPhone 11 have enabled the U.S. giant to recover some of its lost sales share in China.

The stakes for Huawei going into 2020 are huge. Putting aside continuing debate about 5G networking equipment, on the smartphone front the company claims to be readying something of a rival to Google in time for the launch of the P40. You can read all about the expectations the company is setting for Huawei Mobile Services here.

Ahead of the P40 launch in March, Huawei is rumoured to be reading an update to the Mate X—the Mate XS—in time for Mobile World Congress in Barcelona in February. That device could well be released in Europe as well. But, rather like the P40 and even the existing Mate 30 which is being drip-fed into select markets, everything will depend on whether the company can answer the Google question.

Realistically, whatever happens with HMS in March, millions of non-Chinese consumers will not opt for a Mate XS instead of a Samsung alternative at the high prices being charged for foldable devices. And so, absent any change in U.S. restrictions, this looks like another device that will fail from form over function.