One of Wall Street’s most successful investors, billionaire Carl Icahn, warned in a recent interview with Bloomberg that stocks are overvalued, and although there will be “good opportunities” to buy, he expects that the coronavirus will lead to a further market sell-off. 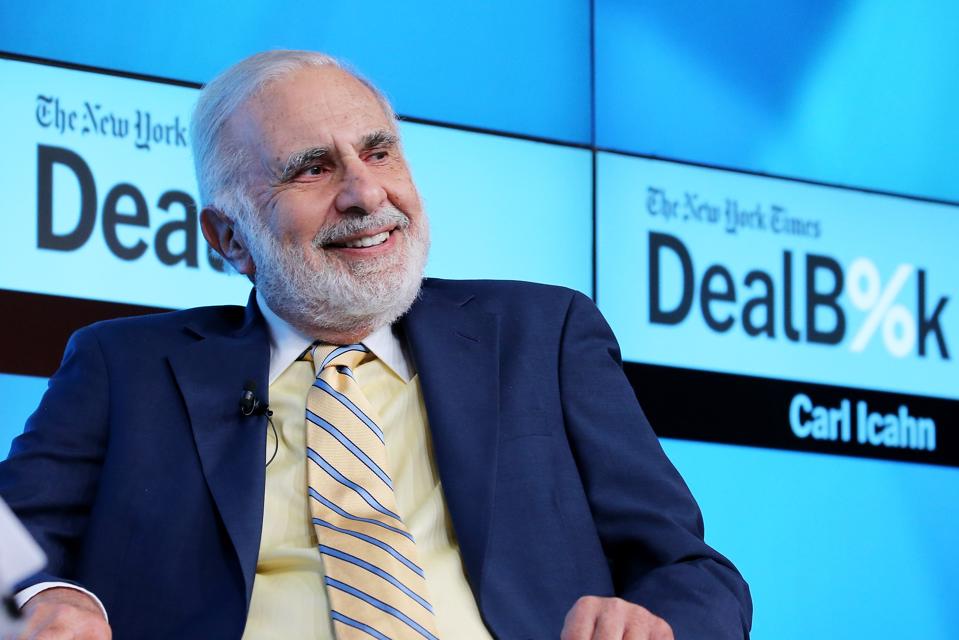 The economy cannot be turned on again “like a spigot,” the famed activist investor, who at age 84 has weathered decades of past financial crises, cautioned on Friday.

Icahn said that he was not buying stocks right now, and instead hoarding cash, because he thinks the stock market is overvalued.

This is a time for investors to be “extremely careful,” he told Bloomberg, saying, “short-term, you may have some big downdrafts.”

He did say “there will be good opportunities” to buy stocks during the sell-off, however.

Icahn’s biggest trade right now is a multibillion short position against the commercial real estate market, which he has previously predicted will “blow up” in similar fashion to the 2008 financial crisis.

Some of Icahn’s other biggest holdings include industrials like oil refiner CVR Energy and auto-parts maker Tenneco—both of which have been hard-hit during the pandemic.

“Today the risk is too high for the reward in many companies,” Icahn said. With the coronavirus continuing to pose a big risk to the economy, he doesn’t see why the S&P 500 should be trading at 17 times its 2021 earnings estimates. The billionaire investor said that multiple “cannot” be justified given the amount of uncertainty ahead due to coronavirus.

Since mid-2019, Icahn’s been betting against the CMBX 6, an index of commercial real estate mortgage-backed securities. That trade is often described as the “mall short,” because so many of the underlying loans are to retail centers like shopping malls. Icahn’s favorite bet is evidently paying off during the coronavirus, as widespread business shutdowns and store closures have led big retailers like Neiman Marcus and J.C. Penny to explore bankruptcy. Since early March, several tranches of the CMBX 6 index have plunged up to 40%. “It’s ‘08 all over again,” Icahn said, comparing the current environment to the subprime mortgage debt collapse during the 2008 financial crisis.

When oil prices underwent an unprecedented sell-off earlier this week—falling to negative $40 per barrel at one point—Icahn saw an opportunity  and bought cheap oil at a time when everyone else was selling. That bet seems to have paid off: Oil prices have since rebounded, rising nearly 50% in the last three days of the week.

Icahn has a net worth of $13.9 billion, Forbes estimates.

Following unprecedented measures from the Federal Reserve to support the economy and several rounds of fiscal stimulus from Congress, stocks have come soaring back—rising around 30% from their crisis-level lows in late March. If Icahn’s predictions come to fruition, stocks could have a long way to fall again.

Could “Pandemic Drones” Help Slow Coronavirus? Probably Not. But Covid-19 Is A Boom For Business