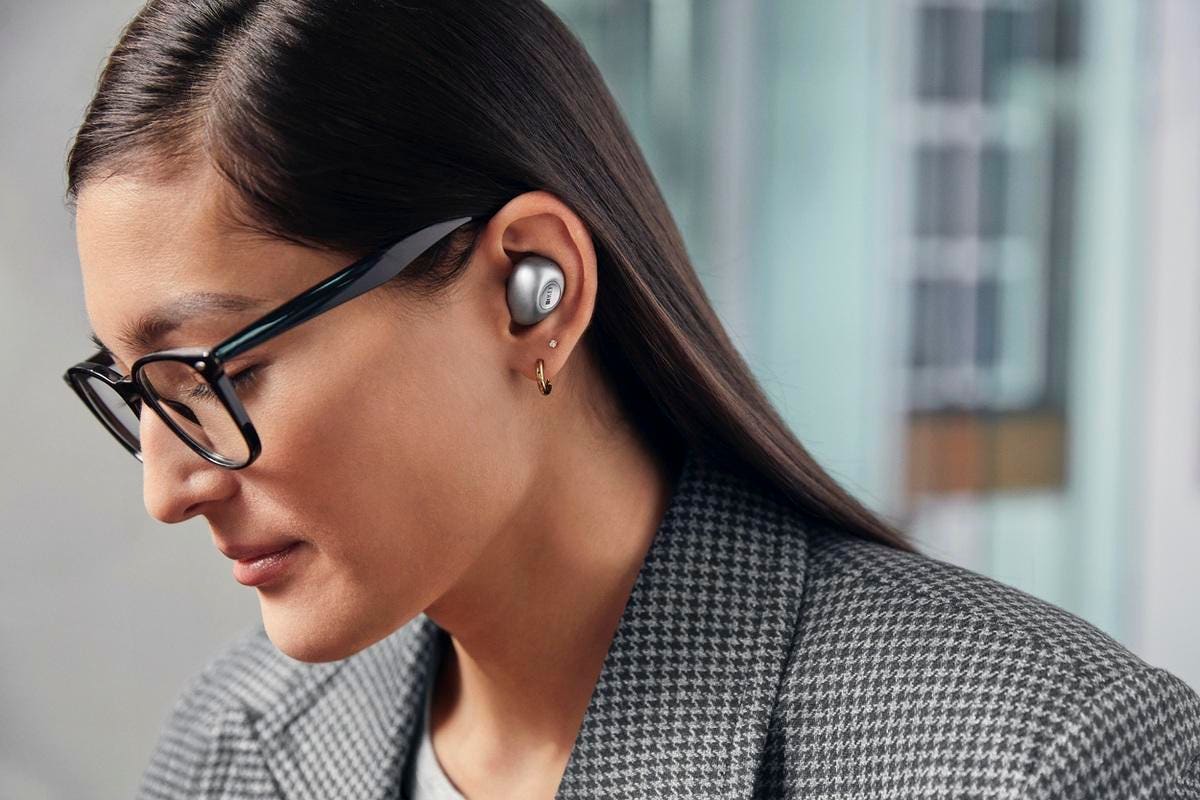 KEF was founded way back in 1961 and has been pioneering high-end audio equipment ever since. The company has a reputation for producing speakers with a pure and natural sound. This year is KEF’s 60th anniversary and the company’s latest product launch celebrates six decades of cutting-edge audio development.

The new Mu3 earphones feature KEF’s specially tuned ANC technology, which enables the Mu3 to cut external noises without impacting the quality of the sound and detail that bring music to life. Each of the sculptured enclosures of the Mu3 house an 8.2mm dynamic driver that KEF has tuned to deliver a dynamic sound with a rich midrange, detailed bass and crisp upper frequencies.

To ensure the Mu3 earphones look as good as they sound, KEF has worked with Ross Lovegrove, the designer behind the company’s MUON loudspeaker and its MUO Bluetooth speaker. Lovegrove is renowned for his innovative approach and love of flowing and sculptural forms,

Although the Mu3 earphones are compact, their sculptural design means they stand out in what has become quite a crowded market. The ergonomic design of the earpieces ensures that the listener has a comfortable listening experience. The Mu3s have been perfectly balanced in the ears by using smart weighting, which stops them from falling out. The earphones are supplied with a choice of four differently sized ear tips to give a tailored fit and an optimal acoustic seal for passive noise isolation.

At the heart of the Mu3 is a latency-free Bluetooth 5.0 chipset with support for SBC and AAC audio codecs. Audio performance is boosted by using simultaneous transmission, whereby both earphones receive their audio signal at the same time, rather than the more usual method of sending the signal to one earpiece before relaying the other channel to the second earpiece, thereby running the risk of latency problems and sync issues. The earphones are simple to connect to and will work on both iOS and Android devices.

The KEF Mu3 earphones also have an Ambient Mode that disables the Active Noise Cancellation and uses the onboard microphones to pick up what is going on around the listener. Ambient Mode is ideal for anyone who needs to listen out for travel announcements or who simply wants to be more aware of traffic and other potential hazards.

Powered with quick-charge batteries that can deliver an hour of playing time from a five-minute charge, the KEF Mu3 can play for up to nine hours on a single charge with Bluetooth and ANC engaged. The storage case stores another 15 hours of backup charge before it needs to be recharged. Additionally, the Mu3 are splash-proof and able to withstand jogging sessions in the rain.