Identity Verification Is Critical To Combating Misinformation And Extremist Content 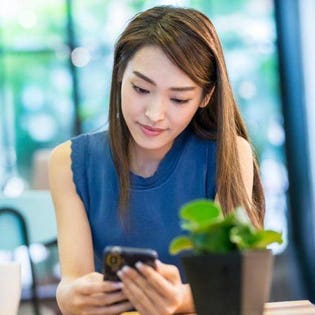 In August, trolls took to Twitter to spout racist slurs at Paul Pogba of Manchester United for committing the unforgivable offense of missing a kick from 12 yards. They felt comfortable doing it because it’s easy to be anonymous on social media since all it takes to set up a fake account is an email address, password and name. People can hide heinous actions behind these accounts, shielding themselves from taking responsibility for their actions and possible litigation.

Perhaps unbeknownst to Pogba, his home country of France has already been taking action to try to prevent things like this happening on social media, as Facebook founder Mark Zuckerberg met with French President Emmanuel Macron in May to discuss the platform’s role in spreading hate speech and misinformation. Facebook has recognized that it needs to do more to stop extremist content on its platform and, as a result, has granted the French courts access to IP addresses to help them identify its proponents.

But even if Facebook and Twitter allowed this for all countries, does it go far enough? While social media provides a valuable service to billions of people worldwide by connecting the world and giving a voice to those who typically don’t have one, such as with #MeToo movement, it also has its issues. It can potentially be used as a platform for misleading people on important topics such as the U.S. elections, European elections, Brexit and the Cambridge Analytica scandal.

There is increasing pressure on social media companies to protect their users from this content. In 2017, Germany passed a law that gives social media companies 24 hours to remove any “obviously illegal” posts or face stiff financial penalties. Now, France is looking to go a step further by gaining access to these IP addresses.

While knowing someone’s IP address will certainly help, it’s no panacea given the proliferation and consumerization of VPN software that can mask a computer’s IP address. A better way would be to know what legal identity is connected with the social media account in question. This would make investigating and holding people accountable much easier and help the public regain trust in social media platforms. I believe more identity proofing will only elevate and enhance a social media platform’s brand and reputation and make perpetrators think twice about committing such atrocities in the first place.

At Onfido, we’re actively working with some social media companies to help them provide a more secure and trusted route to authenticating their users. For bots, which are essentially computer algorithms that mimic human behavior in online social networks to spread misinformation, we can periodically introduce “liveness” tests. These tests act as a CAPTCHA, where the account holder would need to carry out a selfie video in order to proceed to post an article to their account.

Facebook recently showed some signs of moving in this direction with its selfie CAPTCHA, but it doesn’t take into account higher-value or riskier transactions. Although there are fears that Facebook may misuse face data, it has confirmed that this service is dedicated to motion only in order to stop bots and “does not use facial recognition.”

We’re not the only ones looking at this problem. There are startups like Digital Shadows, a cybersecurity firm that uses AI to identify fake websites, phony social media profiles and “counterfeit” company domains set up to spoof a brand’s online identity.

LinkedIn also announced it is proactively taking a stance by using a mixture of machine learning and human moderation “to detect groups of accounts that look or act similarly, which implies they were created or controlled by the same bad actor.”

Using methods like these can help social media networks stop the spread of misinformation via bots — like the recent accusations surrounding the Hong Kong riots — while making hate speech spreaders accountable for their actions and helping businesses create a foundation of trust.

Social media companies need only look at the sharing economy space to see how digital identity verification is taking off. Many scooter, car and apartment rental companies are using it to help build trust between service providers and consumers. It has become a necessity in the financial services industry, where fraudulent accounts have the potential for massive financial loses and large fines from regulators if they don’t follow AML or KYC policies. Some new online banks have welcomed the arrival of online identity verification, which has helped make banks such as Revolut and Monzo successful at onboarding users quickly but safely.

From my experience, the leaders in these companies needed to figure out the extent to which identity verification had a strategic role within their organization — whether it was more a tick-box or core to the integrity of their offerings. They also had to consider where their customers are and how common fraud is in those places before deciding their comfort level with respect to fraud, answering whether they wanted to prioritize the speed of onboarding or the ability to catch all bad actors.

According to research published by DataReportal, there are roughly 3.5 billion global social media users. I believe we have a responsibility to take action now before hate speech becomes the new norm and we find it so hard to distinguish real news from fake news that we no longer accept or consume information.