Breaking
Mayo Clinic And Kaiser Permanente Invest $100 Million...
MozCon Virtual 2021 Interview Series: Wil Reynolds
Commodity Spikes May Be Close To Peaking, Futures...
Benefits of Responsive Web Design
ESBC Major Updates: Tons Of Heavyweight Greats Added...
5 On-Demand Courses To Help Develop Your Leadership...
How to Run Nonprofit Marketing Ads
Entrepreneurs Are Bringing Transparency To Home Buying And...
Best Incentive To Get Vaccinated: Money, Messaging, Or...
Page Level Query Analysis at Scale with Google...
How A CIO Can Align IT With Business...
Blogger of the Month: Jo, Girl Eats World
6 Things Women In Business Know That Men...
How to Use First-Party Data for Ad Personalization
Pressing Reset—Putting A Fallen Unicorn Back On Its...
How We Went Viral: Promoting Content with Influencers,...
Home Business If College Football Suffers Other Sports On Campus Will Suffer
Business

If College Football Suffers Other Sports On Campus Will Suffer 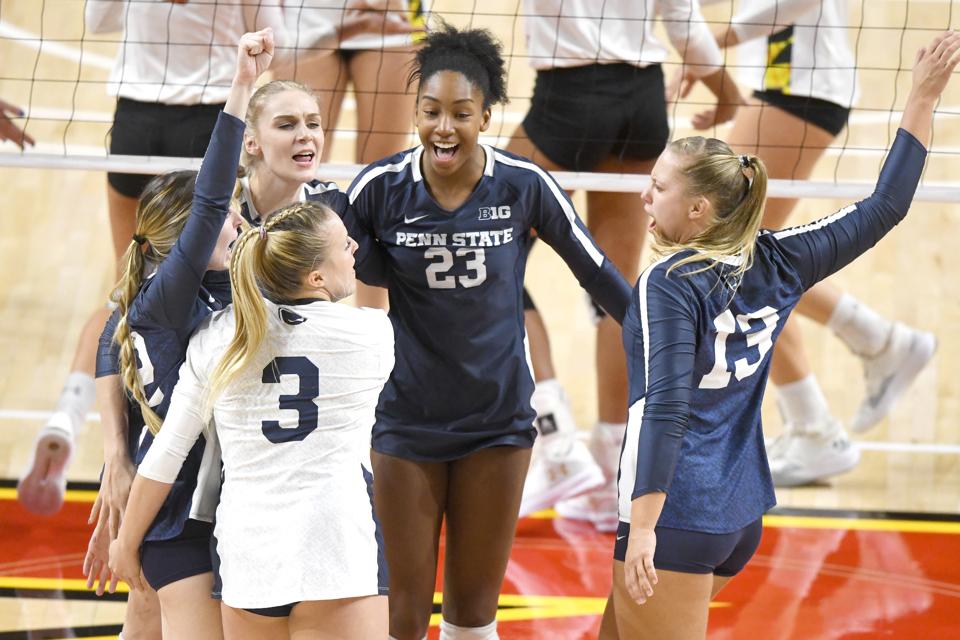 Penn State players celebrate in a match with Maryland in 2019. If football revenues go down the … [+] so-called “minor” sports will see take a hit. (Photo by Mitchell Layton/Getty Images)

There are many people on college campuses that want to see football get plastered by this coronavirus, but without the death and heartache. For once there is something bigger than almighty football and the anti-football establishment wants football to be shown some humility in this reckoning. Fewer fans and donations and no TV money. Professors working in classrooms with peeling paint see football’s shiny new stuff and all the excess and want to see a drawdown in the football facility arms race and the salaries of coaches.

But if football craters it will take down a lot of worthy students who happen to play sports. The volleyball team, the golf team, the gymnastics squad and others depend on football.

“Funding has to be a concern of every college volleyball coach, especially those not in the power-five conferences,” said Lee Feinswog editor of VolleyballMag.com. “They all have budgets for their programs for running the team, recruiting, all that, heading into the school year, but in a lot of cases they might get cut significantly if this goes much further.

“Football is the tail that wags the dog. If there’s no football, there will be no volleyball.”

While he was athletic director and football coach at Louisiana Tech, Derek Dooley took money from a big payday for playing a Southeastern Conference opponent and improved the women’s soccer facility. Just like that and because he could.

Think about the cost of losing football for a season to Georgia Tech, which had $91 million in revenues in 2018. Travel for women’s basketball was $725,077 in 2018-19. Women’s basketball uniforms, equipment, and supplies were approximately $257,000. The women’s coaching staff was paid approximately $1.2 million. There were other expenses, too.

Who do you think made up the difference of over $1 million? There were donations, sure, because the university promotes women’s sports, but football helped.

The rancor—academics vs. athletics—is even more intense with the nonsensical outburst of Oklahoma State coach Mike Gundy and the school’s mild rebuke of Gundy. The cowboy of the Cowboys likened Covid-19 to the routine flu and said we’ve all been here before, no biggie. Then there is the preaching of Clemson coach Dabo Swinney and his push for full-on football.

For once, football is not making major decisions on campus. The virus is. After the virus, the presidents of schools, then the football coach.

The co-existence on campus is tenuous. Even one of the supposed good guys of football managed to  extend the tyranny of football over a campus. LSU quarterback Joe Burrow said to a professor on campus who complained about sleep pods in the Tigers’ new locker room:

“Why, professor, do you feel entitled to the fruits of our labor?” Burrow tweeted.

It was the only mistake Burrow made in an otherwise perfect season. He treated a professor like a chump.

You get the point. The animosity on campus between the football side and the academic side is real.

But if football gets whacked by the virus—and all indications it will—the financial hit to other sports on campus will be considerable. Those advocating for football to get its comeuppance better understand the calamity runs quickly downhill to other sports.

Volleyball teams fly to Hawaii. Baseball teams from the north play games in the warmer south in February. It goes on and on.

Vince Dooley, the legendary UGa football coach and the father of Derek, said in 1980 when the Bulldogs were a national powerhouse, Title IX was ramping up participation of women on campus in intercollegiate sports and women’s sports on campus needed an upgrade in facilities and equipment. Dooley said it was football that helped with fundraisers and revenue.

So we should be careful what we ask for. A volleyball player, looking forward to the season, might just have less of a fun ride—or no ride at all—because football wasn’t around to pay some of the bills. The ‘other’ half of the campus is just going to have to hold its nose.

Startup Opportunities Coming Out Of The Pandemic. Some Are Opportunistic, Others Will Be Here For A Long Time

Surviving The Pandemic: Generations Of Winemakers Share Lessons From History