Breaking
2021 CES Consumer Storage
Senator Marco Rubio Called Out Twitter For Its...
The False Narrative Of Bitcoin’s Role In Illicit...
Leading By Example Into The New Year
Why Ethereum Has Hit An All-Time High As...
How You Leave Will Shape Your Legacy
The Next Evolution Of Digital Mental Health Support
Paizo And Pinnacle Team Up For Savage Pathfinder
Mammoth U.S. Borrowing Needs Meet Lower Foreign Participation,...
This Leader’s Work To End The Organ Donation...
SAP BrandVoice: Re-Thinking Tax Reporting And Collection In...
What ‘Backs’ The Dollar? Easy: Production
How To Create A Bulletproof Patent
Here’s The Same Financial Advice Given To Mike...
How AI Is Being Used In The Legal...
Consumer Health And Wellness Needs Bring New Challenges...
Home Business If Insurers Want To Flex Their Pro-Climate Muscle, They Should Lobby Lawmakers And Reconsider Where They Advertise
Business

If Insurers Want To Flex Their Pro-Climate Muscle, They Should Lobby Lawmakers And Reconsider Where They Advertise 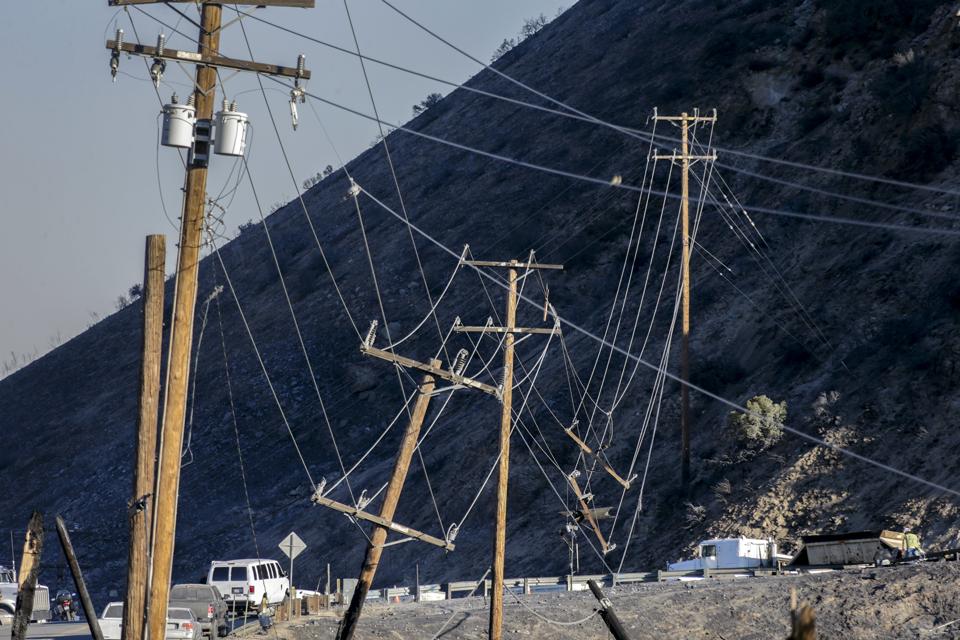 The insurance industry is talking out of both sides of its mouth: it professes its concerns about climate change and the potential devastation to low-lying ecologies. At the same time, though, it refuses to lobby lawmakers while it is pitching its services on opinion channels that contradict its public positions.

For insurers, it’s just business. If the number of extreme weather conditions increases and if the economic damages caused by such hurricanes and tornadoes cost enough, those financial institutions don’t need tree-huggers to gripe and to force change. Their shareholders will do the heavy lifting.

Insurers are paying lip-service to climate change and emphasizing it is one of their top concerns. But the industry still chases the almighty dollar — especially at Fox News, which gives short shrift to climate science. It’s a short-sighted marriage: while insurers are appealing to the network’s loyal audience, critics say that they are also implicitly backing a viewpoint that is counter to their bottom line.

“Insurance companies pride themselves on their commitment to scientific rigor and risk management,” says a just-released study by Media Matters. “Yet they continue to be among the biggest advertisers on Fox at a time when the network is under intense scrutiny — and possible liability — for spreading dangerous misinformation about, and downplaying the severity of, the coronavirus outbreak.”

According to the National Oceanic and Atmospheric Administration, ​the total cost of disasters between 2015 to 2019 exceeded $525 billion. Specifically, California’s wildfires in 2017 and 2018 cost $26 billion​. Insurers are the ones to pay the price: fixing houses, repairing cars and replacing boats — even paying for downtime at local businesses. Despite that exposure, 43 insurers advertised on Fox in March and April, says Media Matters, which amounts to 10 percent of all such ads run on the network. The big ones: Allstate ALL , Geico, Liberty Mutual, Progressive PGR , and USAA, which ran at least 1,500 ads.

“Insurance companies purport to estimate risks based on the best-available science,” says Penn State University climate scientist Michael Mann, in an interview with this writer. “But when they advertise on Fox News, they are actually funding one of the greatest sources today of anti-scientific disinformation that exists today.” 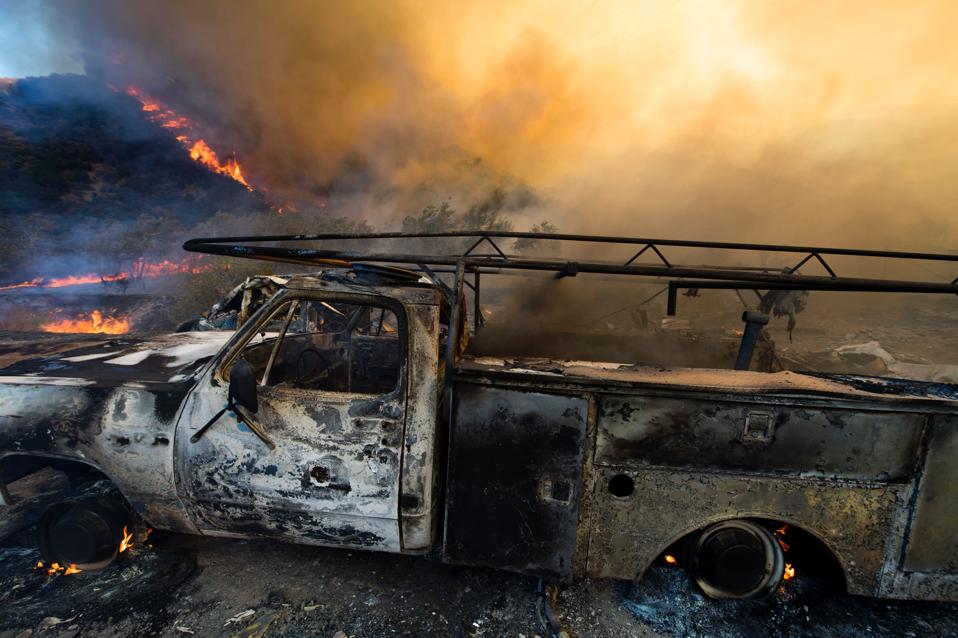 Insurers are in an uncommon position to do some good. For starters, their laissez-faire approach to government and economics jibes well with that of the Trump administration. They have the ear of the president, who may think climate change is a hoax but he praises the role of big business and the jobs it brings. Anything that might dent insurers’ profit and loss statements has his attention.

With that, the Intergovernmental Panel on Climate Change says definitively that humans contribute greatly to climate change and unless a lid is kept on temperature increases, more havoc is coming. And it’s not just property and casualty insurers that are at risk. It’s also health companies: the World Health Organization says that climate change is the biggest health risk of the 21st Century, noting that the price tag will run in the billions each year.

Insurers could be in deep trouble. For now, they are either pulling out of risk-prone areas or they are spreading the risks from hurricanes and wildfires to a broader pool by charging others more.

“Too many insurance companies are still ignoring the issue, especially when it comes to engaging on climate policies that would reduce the pollution causing climate change in the first place,” says Mindy Lubber, president of Ceres, a nonprofit sustainability group that works with businesses and investors on climate change and other sustainability challenges.

Her group said previously that 22 of the 148 insurance companies have a comprehensive climate plan. Among those it credits: AXA Group, MetLife MET , Nationwide Corp., Prudential America, Travelers Group TRV and Liberty Mutual Group. Allianz Insurance goes a step further, saying that it wants to phase out coal-related insurance risks by 2040.

Insurers have clout on Capitol Hill. But they are remiss to use it — at least when it comes to climate change. Effecting public policy is a wholly different matter than sponsoring news shows that cast aspersions on science. Either way, it is ironic, given that coastal cities around the world could incur $50 billion in annual losses through 2050, says the Organization for Economic Co-operation and Development — a tab that would fall, in part, on insurers.

“Insurance companies claim to be committed to scientific rigor and risk management, and yet they continue to funnel money into Fox News’ COVID-19 misinformation and climate change denial,” says Elana Sulakshana, Energy Finance Campaigner at the Rainforest Action Network.

Straddling the fence may work for now. But it won’t work forever. Carriers need to make a choice. And odds are, they will choose their self-interest and ultimately shun those climate risks that could end up soaking them.

7 Reasons Why a Podcast Can Help You Grow Your Business

In Light Of George Floyd Protests, A Look At Housing Inequality