The Aurora by iFi Audio is one of the more interesting products I’ve had come through for review. This is a high end, all-in-one wireless audio system with automatic room-tailored sound, and a multi-driver setup capable of truly bombastic volume levels — along with the most muscular bass I’ve ever heard in a unit of this size. It offers the latest digital technology mixed with old-school tube amplification. As if that weren’t enough, the Aurora is visually striking. The company employed a French designer drawing on Japanese inspiration to create an audio system that looks like a modern art installation. The Aurora is all angles with bamboo, aluminum, an OLED display, and the warm glow of Russian 6N3P tubes visible inside. 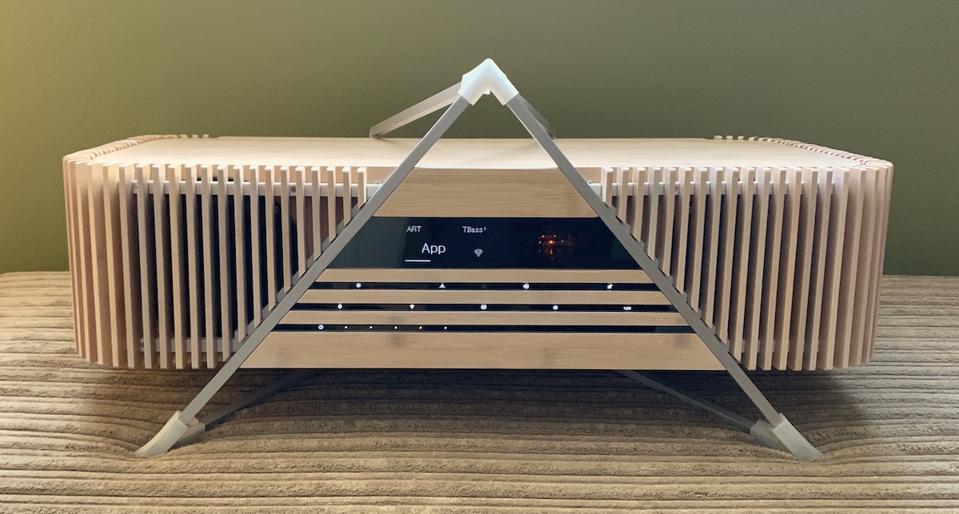 Whatever you think of the Aurora’s looks, this Audio system makes an impression. It’s large — at least compared to typical wireless speakers — measuring two feet across, and nearly a foot deep and high. It weighs 33 pounds.

Once out of the box, the Aurora’s unique design is in full view. Here’s how the company describes the visual appearance of its speaker:

That translates into something that’s a bit tough to describe. It’s an elongated wooden box with rounded corners, wrapped with vertical bamboo “fins” through which six drivers can be seen. An aluminum structure in the form of a pyramid suspends the unit in the air, and tilts it upward slightly. The front face (created by the position of the aluminum struts) is a triangle. Within it, horizontal wood panels alternate with OLED touch display controls. Plug the unit in to power, and the white OLED indicators light up. The main display shows a “warming up” message, and shortly after the warm, orange glow of tubes from the preamplifier can be seen inside.

The look isn’t going to appeal to everyone — and it definitely took some additional work to keep it free of dust — but I think the Aurora looks pretty special. It really does have the appearance of a piece of modern art, and I love the contrast of the light wood against the high tech display and aluminum supports. One thing it doesn’t look is cheap or mass-market, and with a $1399 price tag, it shouldn’t.

As an all-in one system, setup is straightforward. Plug it in, power it up, then pair to a device using Bluetooth, or connect the Aurora to your home Wi-Fi network. I did so using the MUZO Player app — as recommended in the instructions. There are plenty of inputs on the back if you have another component to connect, such as a TV or a turntable (assuming it has a built-in preamp). 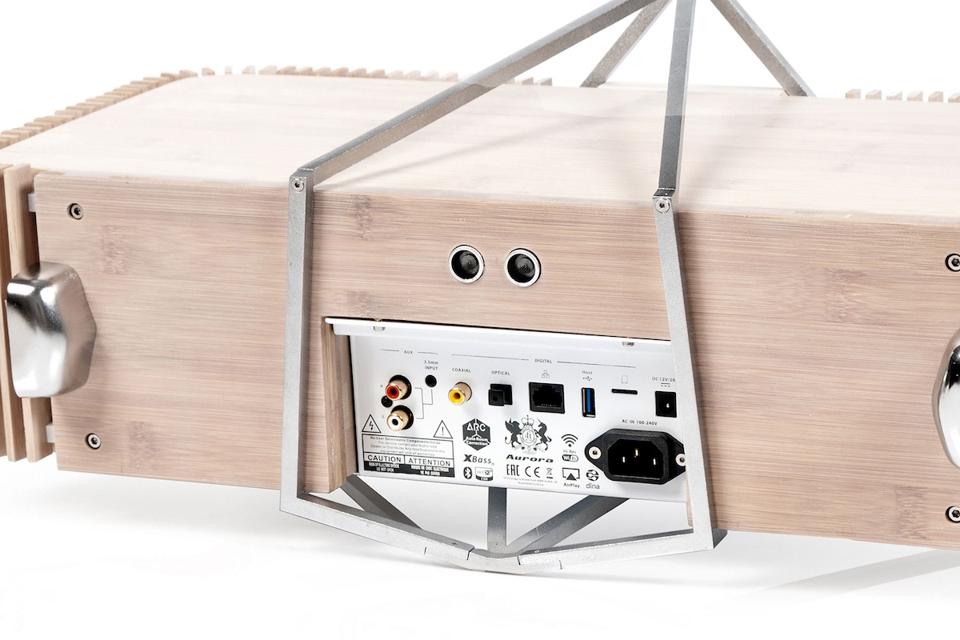 The Aurora is well-equipped with audio inputs.

One of the big wins with this system is ART (automatic room tailoring). On the back of the Aurora are three sets of dual ultrasonic audio sensors. Hold down the ART button on the front of the system or on its remote, and the system uses those sensors to automatically optimize the sound based on room measurements. That capability alone is a big win, allowing you to position this audio system virtually anywhere while still enjoying high quality music, instead of searching for the perfect spot. In addition, iFi is very proud of its use of analog signal processing (ASP) for the room-tailored sound, rather than relying purely on digital trickery that can alter the music itself. Instead, the Aurora’s ASP “combines the drive unit array with a proprietary configuration which adjusts the channel outputs from specific drivers at certain frequencies,” in a feature the company calls SoundSpace. 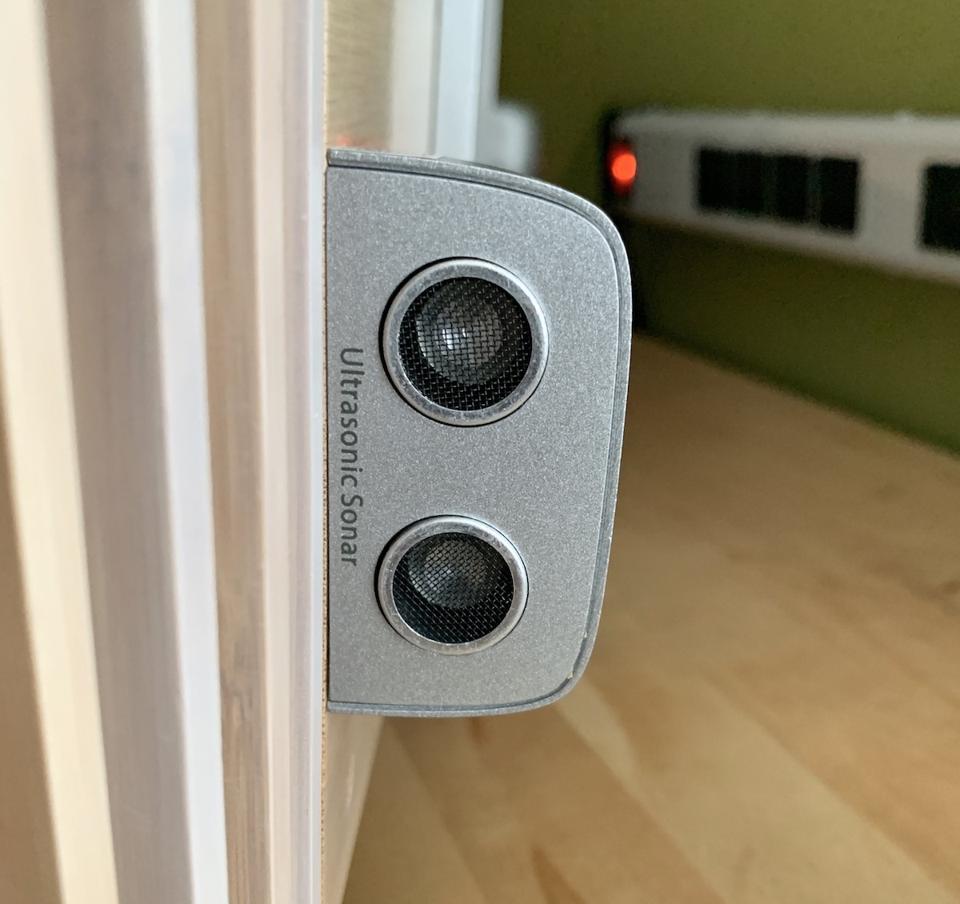 The long and short of the ART feature is music that sounds great and room-filling almost instantly, without having to fuss with positioning as part of the system setup.

If you don’t wish to use ART, then the system is in Audiophile mode, giving you manual control over bass and SoundSpace.

The iFi Aurora makes a visual statement, but the audio performance is where this audio system makes its big impression. 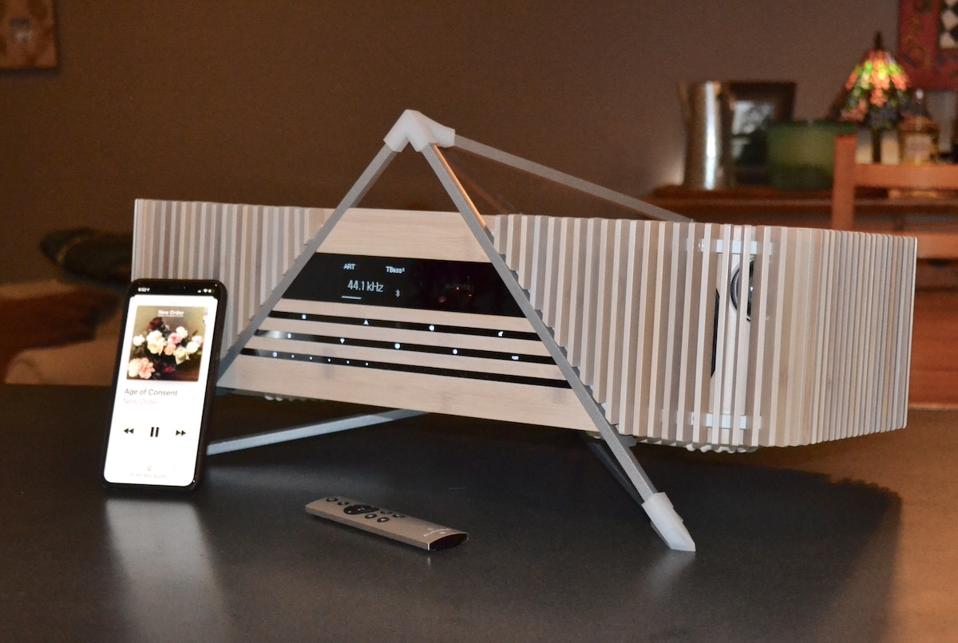 I started with Bluetooth and it was good. But switching to Wi-Fi and streaming music from my iPhone using Apple AirPlay was a revelation. Everything I played sounded simply fantastic. Audio was expansive and detailed. The bass was something else — you won’t be missing a subwoofer with this system. And it could get incredibly loud… There are a lot of factors at play here — the six drivers plus those massive down-firing bass radiators, the suspended and tilted position of the speaker box that allows all of those drivers to project effectively, the hybrid amp with tube pre-amplifier, the 320 watts of power on tap, and all of the advanced technology — and the results are pretty incredible.

The ART room tailoring ensured it always sounded great, whether the system was sitting on the test bench in my office, or on a kitchen counter.

Frankly, I’ve never heard music sound this good coming out of an all-in-one system. Neither have I heard such authoritative bass coming out of one. 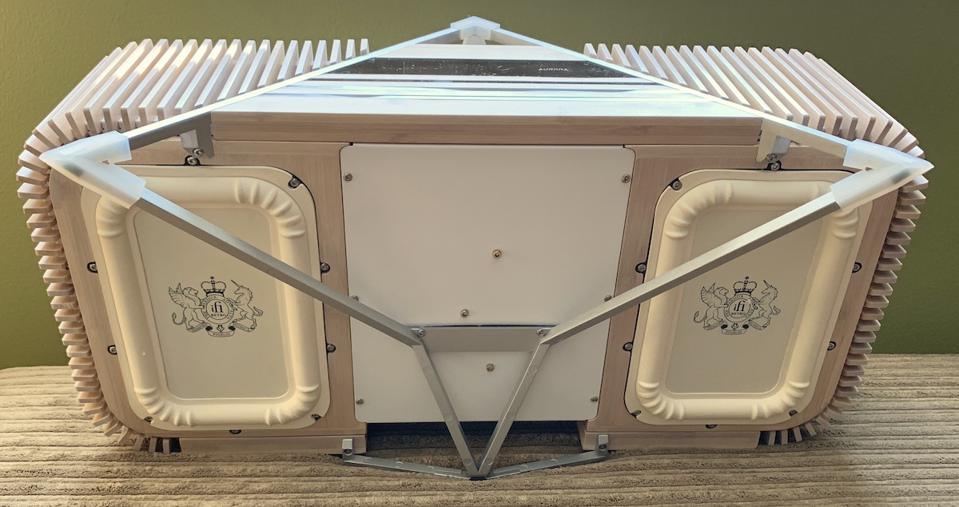 Beneath the Aurora are a pair of huge, down-firing radiators that help the system to deliver massive … [+] bass output.

One weak point in the iFi Aurora made itself immediately apparent during testing. My review unit was very sensitive to Wi-Fi signal strength, more so than any of the wireless speakers in my collection. In an upstairs room a floor above the nearest Wi-Fi satellite (I use a Netgear Orbi mesh router) the Aurora would often drop out, while other Wi-Fi speakers positioned nearby were solid. Move closer to the router or satellite and the issue would resolve itself.

So long as the Wi-Fi signal is strong, you get that amazing streaming audio performance. If it isn’t, the audio drops out — sometimes frequently.

If this is a a problem in your setup, there is an Ethernet port, allowing the Aurora to be directly connected to a Wi-Fi router. 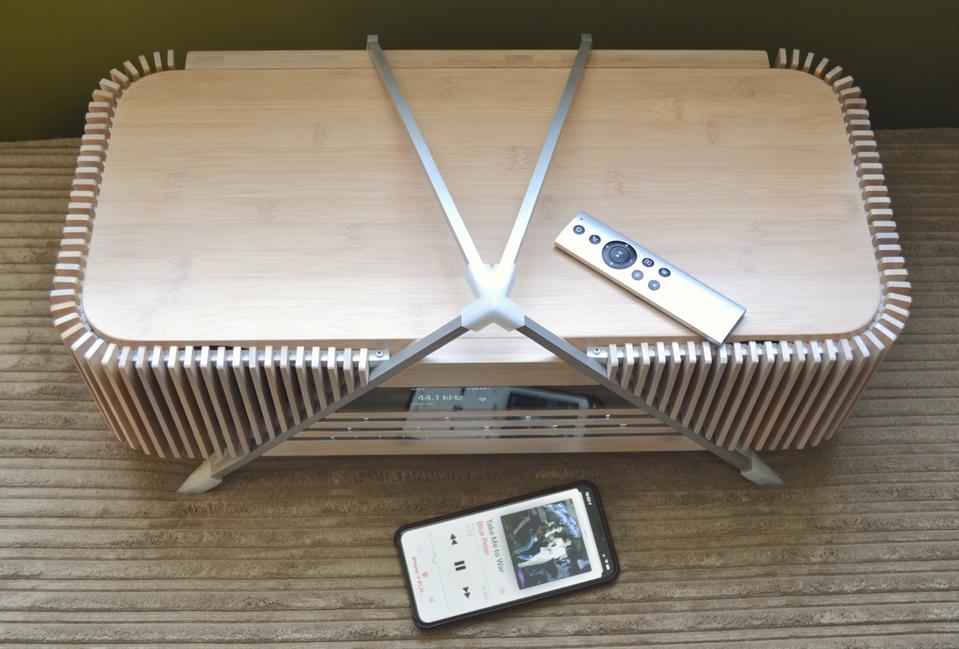 iFi Aurora top view shows the bamboo case and slats, and the aluminum pyramid that supports the … [+] speaker.

The drivers are visible in this shot of the Aurora’s box.

What’s in a Name?

This marks the third product I’ve reviewed for Forbes called “Aurora.” One was a Wi-Fi photo frame, the second — like the iFi Aurora — was a premium Wi-Fi audio system. Each of these Auroras has been a fantastic piece of gear in its own right. That’s not really relevant to the review of the iFi Aurora, but it is an interesting piece of trivia… 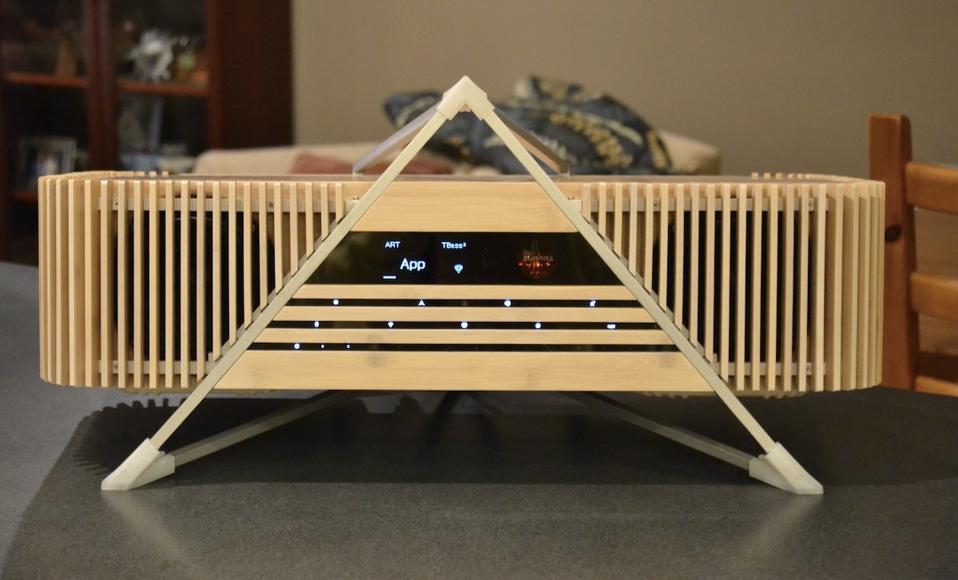 Wireless audio systems don’t get much better than the iFi Aurora.

If you’re in the market for an all-in one audio system and a $1399 outlay is in your budget, the iFi Aurora is going to blow you away with its audio performance while impressing your guests with its unique design. Just make sure that the system will be placed in an area with a strong Wi-Fi signal, and be prepared for a little bit of a challenge when it comes to dusting.

Apple AirPods Pro Have Amazing Hidden Feature That Makes Them A Twofer: Worth The Upgrade From AirPods 2

Apple Acquires Xnor.ai To Bolster AI At The...