Breaking
Growing Your Retirement Money Using 401(k) Dollar-Cost Averaging
Wellness Exec Abby Miller Levy Partners With Venture...
Microsoft Teams Issues Strike To Zoom With Tidal...
What’s Coming For The S&P 500 In October
4 Ways You Can Showcase Empathy With Your...
A $22,000 Microsoft Surface Will Soon Be For...
Zooming In – Should SMEs Invest In The...
iOS 14: The Surprising Security Risk Of Sharing...
How A Break From Lord Sugar Changed The...
Sunday’s Google Doodle Is Actually About Google
Office Of The Comptroller Of The Currency Chief...
Source Code For Multiple Windows Operating Systems Publicly...
Why Forgettable Pfizer Really Is A Great Value...
Hot For The Holidays? Amazon Home Drone, Kid...
Best Small Business Loans
The FAAMG Stocks Drive The Markets
Home General Immigrant-Founded Zoom Playing Big Role During Covid-19 Crisis
General 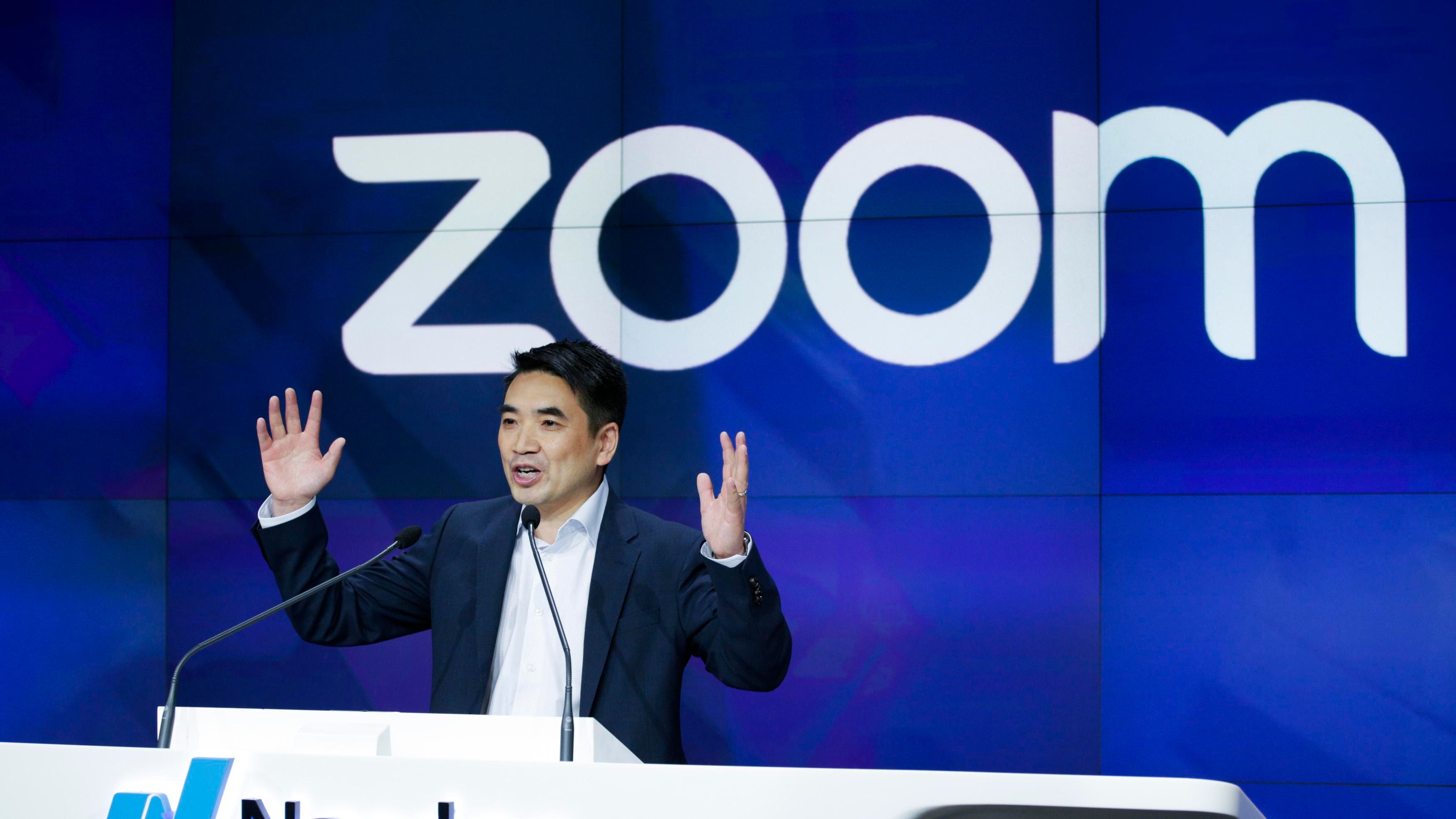 Zoom Video, the app connecting people around the world during the Covid-19 crisis, almost didn’t happen, at least not in America. The lack of a startup visa in the United States makes it more likely the next Zoom won’t be founded in America.

When Eric Yuan was a university student in China, he grew tired of taking 10-hour train rides to visit his girlfriend. He came up with the idea of a video conferencing application.

After attending university, Yuan wanted to work in America but encountered a problem – he couldn’t get a visa. “I decided to come to the U.S. in the mid ’90’s because of the Internet, which I knew was the wave of the future,” he said. “It was red hot here, but hadn’t yet taken off in China. The first time I applied for a U.S. visa, I was rejected. I continued to apply again and again over the course of two years and finally received my visa on the ninth try.”

In the United States, he worked for WebEx. When Cisco acquired the company in 2007, Yuan was appointed vice president of engineering at Cisco. In 2012, he left Cisco to start Zoom, putting together a team of 40 engineers.

The United States does not have a startup visa for foreign-born entrepreneurs. However, a National Foundation for American Policy report found the federal startup program in Canada has helped create jobs, as has a program run by the province of Quebec. The United Kingdom has improved its program to compete with Silicon Valley for entrepreneurs. Australia and New Zealand both have startup visa categories and through experimentation their governments are attempting to find the best policy mix to attract foreign-born business founders.

By the time Yuan started Zoom he already had permanent residence (a green card). That is typical of an immigrant entrepreneur. “There is generally no reliable way under U.S. immigration law for foreign nationals to start a business and remain in the country after founding the company,” concluded a National Foundation for American Policy study of immigrants and billion-dollar startups. As a result, successful immigrant entrepreneurs in America are almost always refugees or family-sponsored and employer-sponsored immigrants.

“Immigrants have started more than half (50 of 91, or 55%) of America’s startup companies valued at $1 billion or more and are key members of management or product development teams in more than 80% of these companies,” according to the study. Zoom was one of those companies.

Zoom went from “a maximum of 10 million daily meeting participants in December 2019 to more than 200 million per day in March,” writes Elizabeth Nolan Brown in Reason. “Videoconferencing technology has been helping to keep people connected, employed, and semi-sane in these unprecedented times . . . Zoom has emerged as a crowd favorite since the Covid-19 pandemic’s start.”

“Stories about lax data privacy practices, leaked videos, and hacked meetings have made the news . . . and these are certainly worth keeping a media and privacy watchdog spotlight on,” writes Brown, who sees a market solution to the problem. “For its part, Zoom notes that it ‘was built primarily for enterprise customers – large institutions with full IT (information technology) support,’ and that ‘usage of Zoom has ballooned overnight.’”

“We did not design the product with the foresight that, in a matter of weeks, every person in the world would suddenly be working, studying, and socializing from home,” wrote Yuan in a blog post. In June, the company announced it would make end-to-end encryption available to all users of Zoom.

There is no denying the importance of Zoom during the Covid-19 crisis. “After the coronavirus contagion brought an end to many of the rituals of everyday life, many of them reappeared on Zoom, a video-call service that has exploded in popularity across a nation almost entirely locked indoors,” writes Drew Harwell of the Washington Post. “Weddings, funerals, company layoffs, kindergarten classes and official government meetings have been streamed on its platform.”

Zoom Video is valued at close to $70 billion, with its stock rising more than 250% since the beginning of the pandemic, and employs approximately 2,500 people. The company’s product has turned into a vital source of business and personal communication during the coronavirus pandemic, helping to facilitate everything from daily company meetings to remote Happy Hours and celebrations of religious holidays.

If Eric Yuan had not received a visa on his ninth try, then the benefits many Americans are receiving from Zoom might never have come to pass.

How Lockdown Has Shaped The Fickle Fortunes Of Female Entrepreneurs