Breaking
Can Money Protect You From Covid-19? It May...
The Most Important Voice In Artificial Intelligence: Frontline...
Amazon’s Small Business Empowerment Team Is Helping Entrepreneurs...
10 Ways For Entrepreneurs To Power Through Tough...
Will The Cloud Take Down The Mainframe?
How Itamar Medical Stock Could Triple
How To Cash In On Biden’s Stimulus With...
The Refactoring X-Factor Behind Software Modernization
3 Habits Of Millionaires
Will The Stock Market Sell Off As Biden...
Microsoft Reverses Xbox Live Gold Price Increase Following...
Weekend Favs January 23
FDA Approves First Monthly Injections To Treat HIV
Low Volatility Investing Works In China Too
How 2020 Introduced Big Technology Startup Opportunities
Apple Loop: Stunning iPhone 13 Decision, Shock New...
Home Technology Immigrants Flock To Canada, While U.S. Declines
Technology 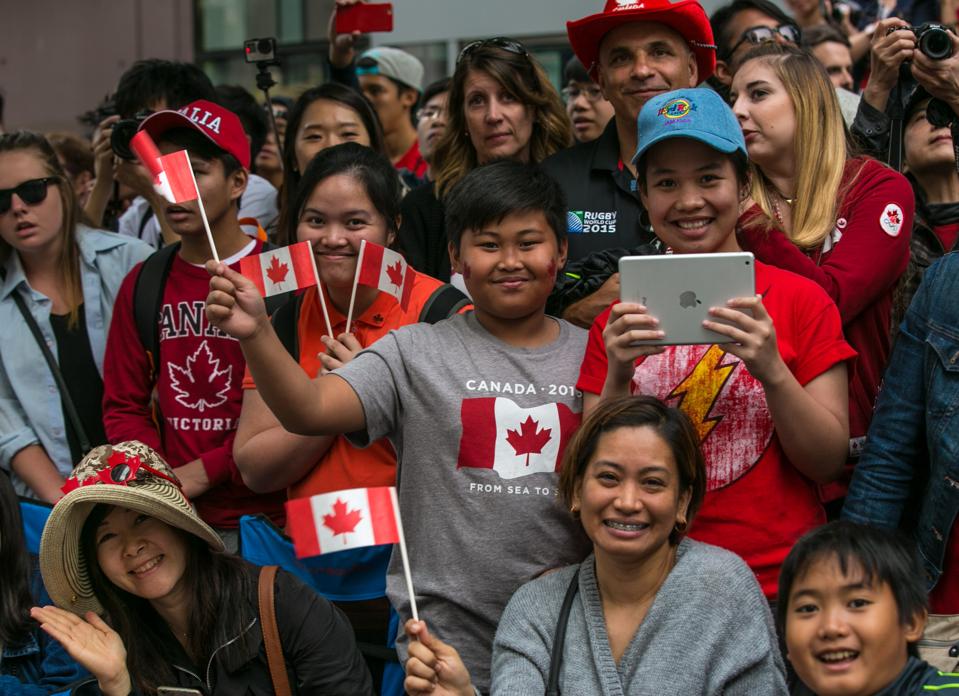 New data show the number of people immigrating to Canada increased by 26% between 2015 and 2019, and is projected to rise higher as the country seeks to overcome the aging of its workforce – a serious problem in all Western nations. In the United States, legal immigration fell by 7% between FY 2016 and FY 2018, and is expected to decline even more sharply due to Trump administration policies.

Canada has announced plans to increase the number of immigrants it accepts each year. “To further ease the challenges of a shrinking labor force and an aging population, our new multi-year immigration levels plan sets out the highest levels of permanent residents that Canada will welcome in recent history,” according to Minister of Immigration, Refugees and Citizenship Ahmed Hussen. By 2021, Canada is expected to increase legal immigration to 350,000 a year, a rise of 78,165, or 29%, from the 2015 level of 271,835.

The big Canadian immigration news in 2019 was the number of Indians who became permanent residents in Canada increased from 39,340 in 2016 to 85,585 in 2019, a rise of more than 117%, according to a National Foundation for American Policy (NFAP) analysis of Immigration, Refugees and Citizenship Canada data. “Canada is benefiting from a diversion of young Indian tech workers from U.S. destinations, largely because of the challenges of obtaining and renewing H-1B visas and finding a reliable route to U.S. permanent residence,” said Peter Rekai, founder of the Toronto-based immigration law firm Rekai LLP, in an interview. (See here.)

Even though Trump officials have claimed an affinity for Canada’s immigration system, that is not the case when it comes to immigration levels. As a percentage of each country’s population, Canada admits approximately three times as many immigrants as America. Trump administration-supported bills in Congress would have reduced legal immigration to the U.S. by up to 50%.

A new U.S. Census report highlights the importance of immigration to America’s long-term prospects. “Higher international immigration over the next four decades would produce a faster growing, more diverse, and younger population for the United States,” concluded the Census report.

“We desperately need immigration to keep our country growing and prosperous,” according to William Frey, a Brookings Institution demographer and author of several books examining Census data. “The reason we have a good growth rate in comparison to other developed countries in the world is because we’ve had robust immigration for the last 30 to 40 years.”

The numbers show the United States is headed in the opposite direction from Canada on immigration. Legal immigration to the U.S. fell by 7% between 2016 and 2018, illustrating the impact of Trump administration policies on legal immigration. The administration’s public charge rule, the travel ban and diminished refugee admissions are expected to reduce the annual level of legal immigration by a much greater amount, which will slow labor force growth in the United States and mean lower long-term economic growth for Americans.

It appears the debate about the difference between the U.S. and Canadian immigration systems is not about establishing a points system but whether to offer opportunity to more legal immigrants as in Canada or to face a decline and slower growth as in the United States.