Breaking
The WFH Revolution: How Covid-19 Is Changing The...
eToro Announces Staking For Cardano And Tron
The End Of Third-Party Data — Finally
The Scientologist Billionaire Trying To Make A New...
Mission-Driven Fintech Kontist Shakes Up The Future Of...
What Can The Simple Fact That ‘We Exist’...
Stock Market: Here Comes October With Scary Tricks...
Farmers, College Students, And Food Banks Across The...
Thinking Of Writing A Book To Grow Your...
Microsoft Security Report Highlights New Sophisticated Threats From...
3 Steps To Help You Build Entrepreneurial Confidence
SMB Fintech Darling Kabbage To Be Acquired By...
Silicon Valley’s Next Target: The One-Person Business
The Small Business Code Of Ethics
President’s Remarks About COVID-19 At First Debate True...
FIFA 21 Gameplay: Liverpool Vs. Manchester United
Home Business In 18-49, AEW’s Flat & NXT Rebounds In 2nd Coronavirus-Era Battle
Business 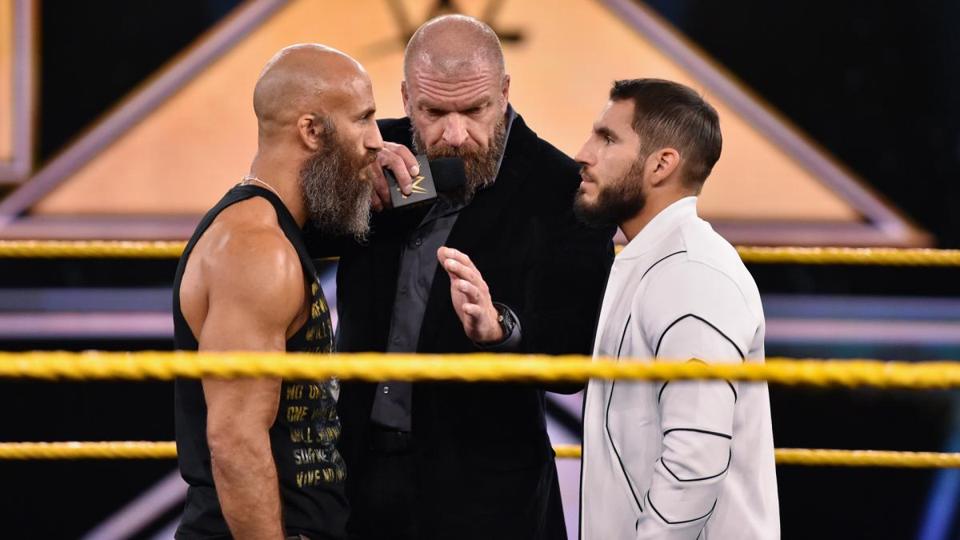 Triple H moderates a face-off between Tomasso Ciampa and Johnny Gargano on the March 25, 2020 … [+] edition of WWE NXT from Full Sail Live in Winter Park, Florida.

On Wednesday night, the second Wednesday night wrestling ratings war battle of the socially distanced/coronavirus pandemic era went about how you’d expect given the trajectories of the shows compared to last week. Last week, WWE’s NXT was a glorified clip show and the rating tanked as a result, while AEW’s Dynamite was a mostly-normal show, just with a few wrestlers at ringside instead of a regular, paying crowd. This week, because of increased safety protocols, AEW had nobody watching at ringside, so the show’s ambience was hurt, while NXT returned to having original matches, so both shows were on equal footing as far as the empty arena setting.

So, how did it impact the ratings?

More granular demographic ratings are, for the second week in a row, not immediately available for NXT because Show Buzz Daily only provides those for the top 50, which the show didn’t place in. But AEW did see a sharp drop in the less desirable adults 50+ demographic, from an above-average 0.38% rating last week to 0.26% this week. Based on the usual viewing patterns, it’s fair to guess that a lot of those viewers aged 50+ moved over to NXT, which has generally been stronger in that demo.

Perhaps most importantly, though: For the second week in a row, AEW had the second place non-news show in the key 18-49 demo, finishing behind only Real Housewives of New Jersey last week and Black Ink Crew this week.

Buying A Car? Automakers Want You To Know It’s Not As Hard As You Think