In 2019, Three Quarters Of The World’s New Energy Projects Were Renewable 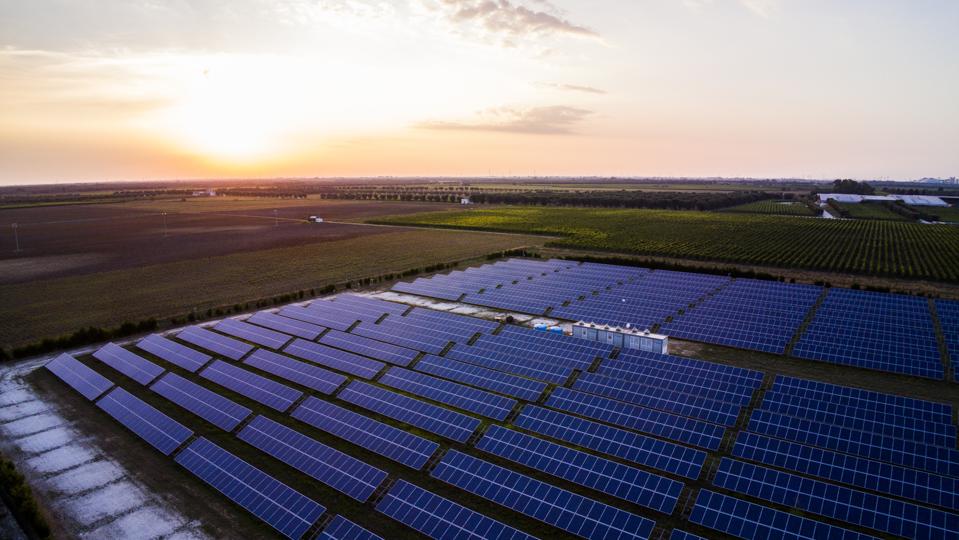 Silver linings: solar energy capacity has risen a colossal 1,311% over the last 10 years.

Some welcome good news for a pandemic-weary world: renewable energy made up 72% of all new energy generation projects last year, with solar and wind power making up 90% of that capacity.

According to a new report from IRENA, the International Renewable Energy Agency, 176 gigawatts (GW) of renewable energy capacity were added globally last year—a growth of 7.4%—with a notable 54% of that new capacity being added in Asia.

The figures are a timely reminder that governments now regard renewable energy not only as the most sustainable option, but also the best economic solution to energy woes, with an oil price war raging against the backdrop of populations being ravaged by the coronavirus outbreak.

In his foreword to the report, IRENA director Francesco La Camera referred directly to the pandemic, saying coronavirus “sits alongside climate change as a defining challenge of our time,” while warning that “governments may be tempted to focus on short-term solutions” to rebuilding their economies. 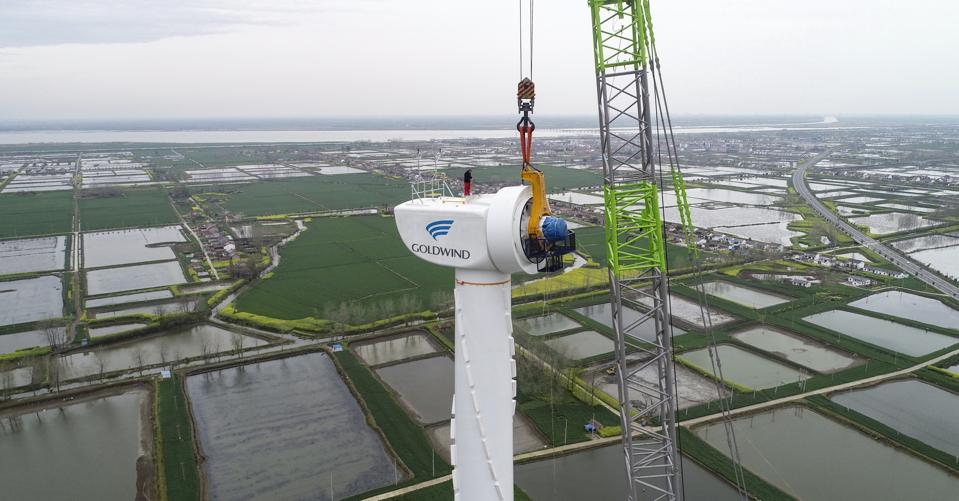 A wind turbine under construction in Huai’an, in China’s Jiangsu Province. Collectively, Asian … [+] nations increased their renewable generation capacity by a total of 9.3% in 2019.

Other significant findings in the IRENA report concern the growth of renewables in Asia, where green energy capacity rose 9.3% in 2019. This is important because Asia uses far more power than any other region: a total of 1,119 GW capacity in 2019, compared to 573 GW in the European Union and 391 GW for the whole of North America. But it should also be noted that fossil fuel generation is also rising rapidly in Asia, with coal generation in China alone rising by 43.8 GW last year. By comparison, the region of Oceania, including Australia, New Zealand and the Pacific island nations, generates only 40 GW from renewable energy in total.

Commenting on the report’s release, La Camera noted: “While the trajectory is positive, more is required to put global energy on a path with sustainable development and climate mitigation—both of which offer significant economic benefits.” Referring directly to the coronavirus pandemic, he added: “At this challenging time, we are reminded of the importance of building resilience into our economies. In what must be the decade of action, enabling policies are needed to increase investments and accelerate renewables adoption.”

La Camera’s points adhere to those raised by the panel of experts who last week told Forbes.com that, rather than putting green investment on hold, the crisis ought to strengthen the resolve of authorities to build on their sustainability commitments.

MORE FROM FORBESHow Coronavirus Could Help Us Fight Climate Change: Lessons From The PandemicBy David Vetter

But despite the collapse of coal and the likely oil end-game being witnessed, some nations are showing reluctance to kick the fossil habit: on Friday, U.S. President Donald Trump used a coronavirus briefing to announce that the federal government would do what it could to prop up the oil market, expanding the federal Strategic Petroleum Reserve to enable U.S. oil producers to store more of the black stuff.

The effort to increase oil prices represents a sharp about-face: in the past, Trump has touted low oil prices as a boon for the U.S. and the world economy. But America’s shale oil industry is now being hit hard by the combination of lower demand and increased supply, as shown last week when Denver-based oil producer Whiting Petroleum filed for bankruptcy.

Such events could be taken by investors as yet another signal that renewables are a safer bet for long-term investment.

Forgivable Paycheck Loan Or Tax Credit: You Can’t Claim Both, Which Is Better?

WWE Continues To Censor Roman Reigns After He...

Spurning Opportunities Of Success The Hallmark Of Tough...

The CFOs Role In A Global Crisis

Inside MLB Clubs Now Being Able To Sell...