Breaking
The Impact of Internships in Marketing
3 use cases of chatbots for critical services
How To Make Working From Home Appeal To...
Tips on How to Design an Office Space...
4 Tips To Help Build Amazing Customer Relationships
How Are US Pension Funds Responding to the...
Benefits of second-hand cars for your business
4 Reasons Why Your App Needs To Undergo...
Your Guide to Online Marketing
How to find a Solicitor in London
5 car tyre and safety tips for a...
Everything You Need to Know About Corporate Social...
Is Adaptive Leadership the Key to Motivating Employees?
Why business events are set to return with...
Business events set to return with a bang!
Expanding Internationally: 5 Things to Consider for eCommerce...
Home Technology In 2020, I Have To Be Nervous About ‘Cyberpunk 2077’
Technology 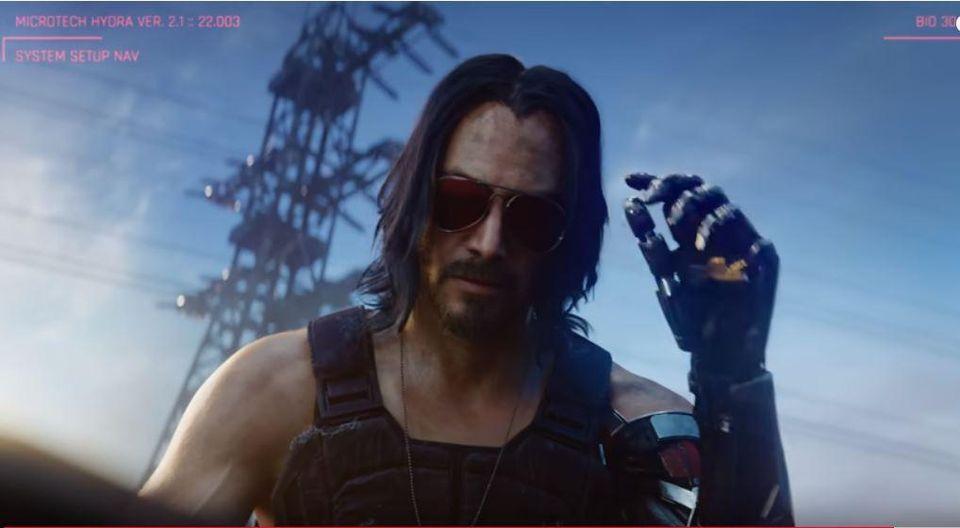 2020 here, and there are some big games on the way. Publishers and platform holders are here to hype the new consoles, others are squeezing in last-gen blockbusters, and everyone is gearing up for a nebulous, profitable future. Many of these games are easy to wrap your head around: The Last of Us Part 2 will feature some major technical improvements over previous Naughty Dog games but retain a core narrative third-person concept. Halo Infinite will be Halo, but probably one geared more towards games as service. Animal Crossing: New Horizons will be Animal Crossing, but with some new horizons in the mix. And then there’s Cyberpunk 2077.

Cyberpunk 2077 comes out in April, before the genuine run-up to the new consoles. It’s a big one: the new RPG from The Witcher developers CD Projekt Red , based on the classic tabletop property with a healthy infusion of sky-high promises. In the past, CD Projekt Red found success by amplifying what it was already doing with an absurd amount of ambition. and that’s the playbook here with Cyberpunk 2077 to a T: take the reputation the studio developed with The Witcher 3 and use it to make maybe the biggest RPG the world has ever seen.

Cyberpunk 2077 is unwieldy in a way you see with basically no other projects this side of Rockstar. It’s an open world RPG with strong elements of immersive sim: something like a Deus Ex Game but with a city-sized level broken into smaller pieces. It promises factions, reputation systems and branching storylines dependent on player choice. It comes with radically different fighting styles that can be mixed and matched at will: guns, stealth, melee, magic(hacking) and exploration, with dialogue skills that can be used to augment or circumvent. Given that we currently live in a cyberpunk dystopia, it will necessarily interact with real-life controversy 1000 times more often than The Witcher 3, and already has. It has crowds of NPCs, cars, motorcycles, skill trees and stats, it has Keanu Reeves.

At a certain point, it really becomes a question of what isn’t in the game. Cyberpunk 2077 is meant to have more or less everything that you could put into an action RPG rolled into what are meant to interlocking, complimentary systems.

Will it work? The Witcher 3 was massively ambitious compared to The Witcher 2, and at the time everyone wondered whether or not this developer could pull something that huge off. It did. It’s essentially the same story this time around, amplified by the scale of making something even bigger than the The Witcher 3.

Like I said, I’m nervous. I badly want it to work, because this is basically everything I like in all kinds of games rolled into one package. The problem and the promise, here, are one and the same. It is the idea of an open world Deus Ex on the scale of The Witcher 3, and that’s intoxicating.

But some of what I’ve seen so far is dicey. First-person combat is wildly different from third-person combat, and some of what I saw at E3 didn’t look quite smooth, and there were some scenarios that didn’t seem like they could quite cooperate with the promise of different playstyles or branching narratives. Crowds looked a little wooden, menus looked dense and incomprehensible. I don’t know if I was seeing necessary compromises for bringing a game of this scale down to the size of an E3 demo, or necessary compromises for making a game of this scale at all.

I badly want this to be everything CD Projekt Red has promised. But I’m just not sure that any developer can nail every single portion of this sprawling project, and the game as described sort of needs that to happen. I hope this is all wrong, but this is game is one of my biggest concerns going into 2020.

Ask Larry: Can I File A Restricted Application For Spousal After Suspending Retirement Benefits?