Breaking
How To Get Your Startup Business Off The...
How To Create A COVID Safe Construction Site
How to Make a Good First Impression at...
Volkswagen’s Truck Unit Ties Up With TuSimple On...
3 Lucrative Hidden Benefits Of Podcasting
U.S. Tax Court Affirms Most Penalties In Patel...
Your Stargazing Guide To Fall: One ‘Halloween Blue...
Mnuchin: White House Still Supports Direct Payments For...
How To Retain Your First Startup Product Users
China Shipments To The U.S. Are 7 Times...
Reviewing ‘The iPhone Of Air Conditioners’
The 8 Best CRO Companies of 2020
AARP BrandVoice: The Doctor Will See You Now,...
ThoughtSpot’s New Cloud-Based Tool Aims At Boosting Growth...
10 Ways Service-Based Businesses Can Generate Positive Word-Of-Mouth...
A Customer-Centric Culture Starts By Embracing This One...
Report: Struggling Black-Owned Businesses Need More Government Grants
Microsoft Races Ahead On RPA (Robotic Process Automation)
Why The Fed’s Outlook Paints A Sobering Picture...
Home Business In Light Of George Floyd Protests, A Look At Housing Inequality
Business

In Light Of George Floyd Protests, A Look At Housing Inequality 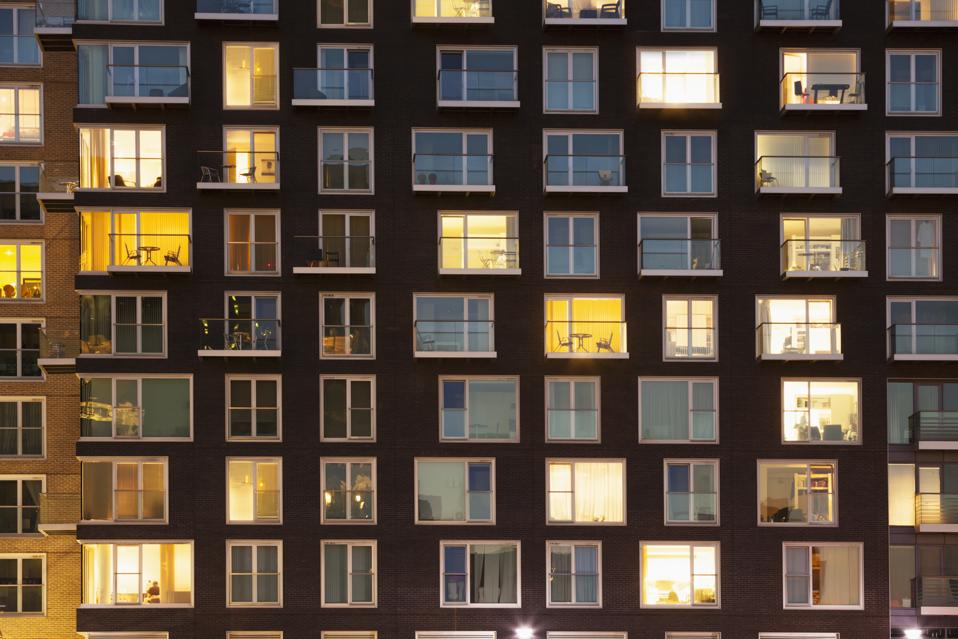 Black households in the U.S. have a 44% rate of homeownership, some 30 percentage points behind … [+] their white counterparts.

Peaceful demonstrations as well as riots have engulfed the U.S. after the death of George Floyd last week, when Minneapolis police officer Derek Chauvin knelt on his neck for more than eight minutes. Many facets of the ingrained social injustice and racial inequality protesters are bemoaning stem from the country’s housing system, which for decades has discriminated against renters and homeowners of color.

“Housing security is a matter of justice, as structural racism puts communities of color unfairly at risk of being rent burdened or homeless,” said House Speaker Nancy Pelosi, during a webinar hosted by the National Low Income Housing Coalition on Tuesday.

Referring to the posture assumed by the Minneapolis cop who suffocated Floyd, Pelosi said, “[O]ne knee to the neck just exploded a tinderbox of injustices to address and one of them is housing.”

And, addressing housing spills into other related aspects of life such as health, education and job security. For instance, communities of color often grapple with blight, poverty and sub-par schools.

Housing inequality and segregation was the norm in the 20th century, even if the Fair Housing Act of 1968 sought to erase racial discrimination.

In a 2019 article, the Center for American Progress, a left-leaning public policy research organization, states that federal government actions and institutions played “a critical role” in the creation and endurance of racist housing policies.

The Great Depression, which led to the establishment of the Home Owners’ Loan Corporation and the still operational Federal Housing Administration (FHA), prompted a “two-tier approach” to housing.

The latter promoted residential segregation, Michela Zonta, senior housing policy analyst with the Center for American Progress argues. It did so by shunning investments in city areas where people of color lived and by placing so-called restrictive covenants to keep middle-class neighborhoods white.

At the same time, black Americans as well as other citizens of color found it extremely hard to qualify for home loans, as the FHA and the Veterans Administration’s mortgage programs largely served only white applicants. Those discriminatory practices prevented people of color from accumulating wealth through homeownership.

“African American families that were prohibited from buying homes in the suburbs in the 1940s and 50s, and even into the 1960s, by the Federal Housing Administration gained none of the equity appreciation that whites gained,” says historian and academic Richard Rothstein in the film “Segregated by Design,” which is based on his acclaimed book, “The Color of Law.”

Buying a home while being a person of color

Even after the 1968 passage of the Fair Housing Act, black Americans and other minorities have continued to experience housing inequalities.

In the first quarter of 2020, the Census Bureau reported that black households had the lowest homeownership rate at 44%, nearly 30 percentage points behind white households.

In a report published this month, the Urban Institute cites multiple prior studies that show that if homeownership were racially equalized, the racial wealth gap would diminish.

“In addition, black homeowners are more likely to take on more debt to purchase homes that are less expensive, becoming more leveraged than white homeowners, while Hispanic homeowners live in higher-cost markets, taking out debt with lower down payments and having higher debt-to-income ratios.”

To that point, the National Association of Realtors finds that in 2019, compared to their Hispanic and white counterparts, black home buyers purchased residences with the lowest median price of $228,000. Black home shoppers also had the lowest median household incomes at $75,000. As a result, their homes are also the smallest – at 1,800 median square feet.

Black home shoppers as well as their Hispanic peers are also most likely to initially pay the least toward the purchase of their residences. In a Pew Research analysis of 2015 data from the American Housing Survey, more than half of black and Hispanic households reported down payments equal to or less than 10% of their home’s value (compared to 37% of white buyers and 31% of Asian shoppers). On the flip side, only 12% of black households and 17% of Hispanics said they made down payments of 21% of more (one fourth of whites and Asians did so).

Why high interest rates saddle black and Hispanic homeowners has also been the result of racial discrimination by lenders, especially after the creation of mortgage-backed securities.

In the housing boom leading to the Great Recession, predatory lending – characterized by unreasonable fees, rates and payments – zeroed in on minorities, pushing them into risky subprime mortgages, according to a 2010 study that Reuters reported on. Even if black mortgage applicants had credit scores and debt ratios similar to those of white borrowers, they would still receive unfavorable mortgage terms.

Meanwhile, according to the NAR, a little over 13% of black home shoppers were rejected for a mortgage loan last year. This contrasts with 4% of Latino buyers and 5% of white shoppers.

Low housing equity (due to small down payments and modest median home values) translates to less overall wealth for both black and Hispanic households, which rely more heavily on their homes to accumulate wealth, the Urban Institute says.

Black households have nearly 57% of their net worth tied in the value of their homes, while Hispanic homeowners carry about 67% of their wealth in their abodes. As a share of net worth, housing amounts to only 41% for white homeowners.

The Urban Institute also states that people of color are more likely than white people to lose wealth during economic downturns through job layoffs and home foreclosures. Such adverse consequences played out during the Great Recession and seem to be manifesting again during the coronavirus-prompted economic slump.

According to listing site Zillow, Covid-19-spurred job losses are disproportionately impacting Latino, Asian and black workers, who make up the majority of the workforce in the hospitality, tourism and service industries, which have borne the largest economic brunt of the pandemic so far.

Compounding the impact of job losses is the fact that people of color shoulder higher housing costs as a portion of their incomes, while earning less than whites.

Historically, once the economy rebounds, though, the racial gaps in income, home equity and wealth do not shrink, the Urban Institute says.

If Insurers Want To Flex Their Pro-Climate Muscle, They Should Lobby Lawmakers And Reconsider Where They Advertise

Your Stimulus Debit Card May Have Been Delivered. Here’s What To Do If You Threw It Away