Home Business In Texas, The Coronavirus Causes A Specialty Coffee Veteran To Close His Cafe
Business

In Texas, The Coronavirus Causes A Specialty Coffee Veteran To Close His Cafe 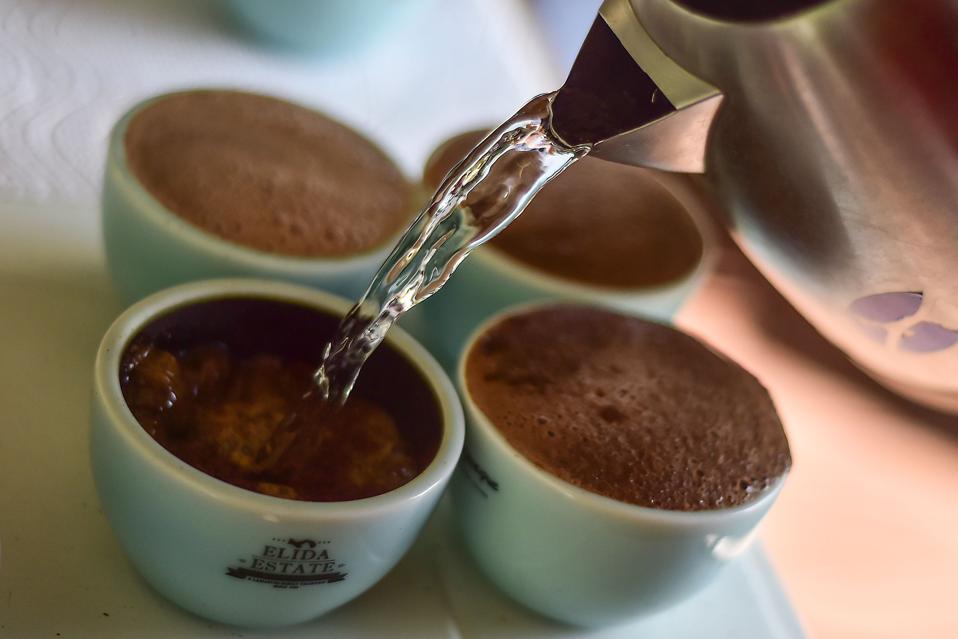 Fears are growing for the specialty coffee industry as the coronavirus shuts cafes. (Photo by LUIS … [+] ACOSTA/AFP via Getty Images)

For a dozen years, he was the founder and managing partner of Zingerman’s Coffee Company in Ann Arbor, Mich., where he was one of the first coffee industry professionals to forecast the rise of cold brew coffee.

In 2016, he opened Momentum Coffee in Spring, Texas, serving hand crafted coffee drinks, a variety of teas and pastries, and breakfast and lunch.

That led to a sister business, Pit Crew Coffee Service, selling and servicing specialty coffee machines from Florida to Texas, with warehouses and offices in New Orleans and Houston.

Then came the coronavirus, which hit the coffee business with swift force as health restrictions on food and beverage entrepreneurs set in.

On March 22, Momentum closed its dining room, locked its doors and switched to drive-through only service. On March 24, it reduced its opening hours to 8 am to 2 pm.

On March 30, it announced that it was closing for good, not just the temporary hiatus that other restaurants and coffee bars have taken as they wait out the impact of COVID-19.

“The increased risk to our staff and the large decline in business has led us to this bittersweet announcement,” the coffee house said in a posting on Facebook.

And on Sunday, Momentum officially went out of business.

The shutdown came as fear is spreading through the specialty coffee business, which is estimated to be worth about $90 billion.

Of that, coffee houses do about $27 billion in business, with about half going to Starbucks. But any town of any size across the country now has at least one place to get an individually brewed drink.

These entrepreneurs who’ve embraced coffee with gusto over the past decade increasingly are in danger of losing their hard-fought businesses, given stay at home orders that now blanket the country.

In Chicago, coffee roasters in particular are worried about the future, the Chicago Tribune reported. Staffs have been laid off, and bags of green coffee beans sit waiting to be roasted, while roasting companies figure out whether they can survive on delivery orders.

“Everyone I know in the business is in the same boat,” says Leibowitz, a former chairman of the Coffee Roasters Guild, a global group representing coffee roasters.

Before the coronavirus struck, “we were right on the edge of profitability,” Leibowitz says. But continuing as a drive-through only operation “wasn’t tenable.”

Ironically, Momentum’s drive-through business was busy as coffee-craving customers flocked to get their favorite beverages.

The shop saw a spike in business in the days after it announced it was closing, “but not enough to stay afloat,” he says.

Even with the flurry, Leibowitz estimates that Momentum’s business had fallen 50 to 60 percent from its pre-virus days.

Before the illness began spreading, his most popular item was a large latte with three shots of espresso, at $4.50. The production cost was about $1.10, not including labor, he estimates.

Leibowitz says his decision to swiftly close also reflects his uncertainty about what will happen to specialty coffee once states begin lifting stay at home orders.

Texas was actually among the last major states to tell citizens to remain home except for essential business.

Its order, which went into effect last week, is scheduled to last through April 30, but many experts believe that Americans could be home well into May.

“Other cafe owners I have talked to have a similar take as I do — it’s not about two months, it’s what happens after that,” he says.

“I think the economy will be bad enough that in two months people aren’t going to be thinking, ‘I need to now go out and spend $40 a week on coffee.’”

Leibowitz and other coffee vendors also are concerned that landlords will not give them the breaks they need in order to get through the next few months, and then get back on their feet.

The exception may be coffee roasters with strong mail order business, he says. But others have lost most of their wholesale business, since gourmet shops and restaurants have closed in many places.

Luckily, Leibowitz sold Momentum’s kitchen and coffee equipment within 48 hours to a friend who plans to open a second cafe. The location is already empty, cleaned and waiting for its new tenant.

For the future, Leibowitz says he plans to focus on Pit Stop Coffee Crew, which he says has low overhead, and has done well in its first two years.

He’s also planning a new coffee brand, American Woman Coffee, with Momentum partner Tia Hoffman, which is launching next week. “I’m confident in the brand and the timing might be okay for an online company,” he says.

But Leibowitz says he won’t be back in the retail coffee business any time soon.

“I might do a cafe again, but would do it only under very specific circumstances,” he says.

“I would look for a TINY to-go space inside or near a very heavily trafficked office building or buildings. One of the original Intelligentsias was near a subway entrance; for example. I’d want to have a teeny footprint.”

Now Is the Time For U.S.-China Collaboration, Not...

How This Founder Is Disrupting The Pet Food...