Breaking
Boston Globe Starting “Fresh Start” Initiative As Part...
Can Money Protect You From Covid-19? It May...
The Most Important Voice In Artificial Intelligence: Frontline...
Amazon’s Small Business Empowerment Team Is Helping Entrepreneurs...
10 Ways For Entrepreneurs To Power Through Tough...
Will The Cloud Take Down The Mainframe?
How Itamar Medical Stock Could Triple
How To Cash In On Biden’s Stimulus With...
The Refactoring X-Factor Behind Software Modernization
3 Habits Of Millionaires
Will The Stock Market Sell Off As Biden...
Microsoft Reverses Xbox Live Gold Price Increase Following...
Weekend Favs January 23
FDA Approves First Monthly Injections To Treat HIV
Low Volatility Investing Works In China Too
How 2020 Introduced Big Technology Startup Opportunities
Home Business In The Race To Cut Prices, Plant-Based Companies Are Embracing Big Food
Business

In The Race To Cut Prices, Plant-Based Companies Are Embracing Big Food

Your favorite plant-based foods are about to get cheaper. Impossible Foods just announced it’s lowering prices by 15%, and Eat JUST’s $4.99 plant-based egg will hit the shelves of Whole Foods in the next few weeks. Leading companies in the plant-based space are inching closer to price parity with meat, and it’s a goal they’re reaching by going big. Bigger partnerships. Bigger distribution. Bigger production facilities. Is this a new era of ‘Big Food,’ plant-based style?

Impossible Foods’ Chief Communications Officer Rachel Konrad doesn’t think so. “The company was founded entirely to replace animals from the food system,” she says. Decisions and deals in service of that goal are a good thing, which includes partnerships with places like Burger King and large food manufacturing companies. “We are a for-profit, capitalist institution that really appreciates our partners,” Konrad says pointedly.

In order to wipe out meat as a commodity, Impossible knows it has to be competitive on price, Konrad says. While the company isn’t there yet—the price of Impossible meat is closer to high-end, organic grass-fed beef at the moment—Konrad says you can expect to see prices keep decreasing until the company reaches its goal.

For Josh Tetrick, Co-Founder and CEO of JUST, partnering with an animal protein company was once the furthest thing from his mind. He thought of ‘Big Food’ as pure evil, he says, run by people who get up in the morning “intentionally trying to damage our bodies.” JUST’s goals are similar to Impossible’s—sell more plant-based eggs and less animal products. By the end of 2019, the company had sold “the equivalent of about 15.4 million eggs,” says Tetrick, which saves “a whole lot of water, land and carbon emissions.”

“Last summer was the great Impossible burger shortage of 2019,” says Konrad, with demand for Impossible beef growing so intense that the company finally fell behind on its orders. According to Konrad, the company worked from May to December of 2019 to quadruple its production capacity. Impossible also announced a partnership with OSI Group, a huge food manufacturer based in Aurora, a suburb just outside of Chicago, Illinois.

Ridding the food system of meat may be a radical idea but the company’s strategy has always been more pragmatic than ideologically pure, says Konrad. When a company like Burger King wants to serve plant-based Impossible meat with mayonnaise or cheese, “we’re not precious about that,” Konrad says.

“We love vegans and vegetarians,” she is also quick to say, “but the reality is we don’t market to them.” Vegans and vegetarians are already “doing the right thing” by omitting meat from their diets. To get Impossible in the hands of meat eaters, restaurants and grocery stores simply can’t risk relegating the plant-based patties to the “vegan ghetto.” So the company has to be flexible, explains Konrad. 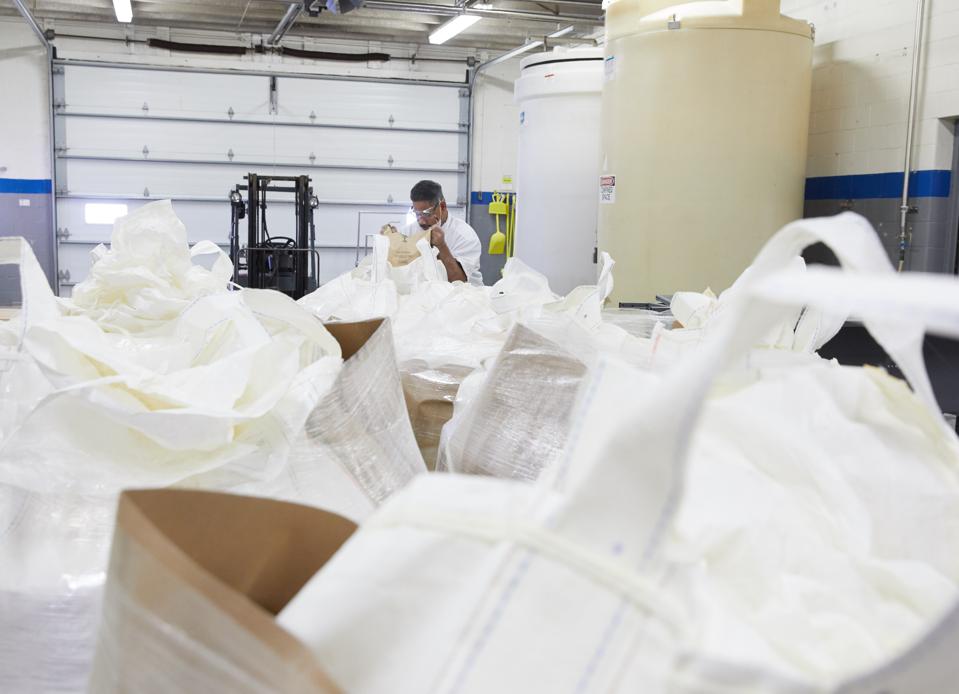 Finding that flexibility was a little more complicated for Tetrick, once the target of a secret campaign waged by egg industry executives and the American egg board. It was a surprise then when former egg industry executive Morten Ernst reached out to Tetrick and asked to visit the company’s headquarters in San Francisco.

After the visit, Ernst and Tetrick got to talking, which is when Ernst said he could see the industry was changing, and he wanted to be a part of that change. From then on, the two started talking regularly, and Ernst eventually nudged Tetrick towards a partnership with the very people Tetrick once railed against. But it didn’t happen overnight. It took lots of discussions over dinner and wine, Tetrick says, but he eventually saw an opportunity he just couldn’t pass up.

“They have access to hundreds of millions of points of distribution. They have thousands of factories. They have tens of thousands of trucks,” explains Tetrick. Could the JUST team find or build all of that on their own? Sure, but it would take them a lot longer to get there.

Tetrick stopped looking at egg distributors like Euronovo as an entity “pumping out a lot of animal proteins” and instead started to see the potential for “infrastructure.” With these partnerships in place, Tetrick believes JUST can expand in about half the time it would take them on their own.

It was the longevity of these companies that really made an impression, however. At a dinner in Bologna, Italy, he asked an executive how his company got started. “He said his dad started just by collecting eggs, collecting eggs around town and selling them to people,” Tetrick recalls.

Artificial Intelligence: The DNA Of Data That Fills The Gap