Home Technology In The United States, Coronavirus Coughing Attacks May Be Prosecuted As Terrorism
Technology

In The United States, Coronavirus Coughing Attacks May Be Prosecuted As Terrorism 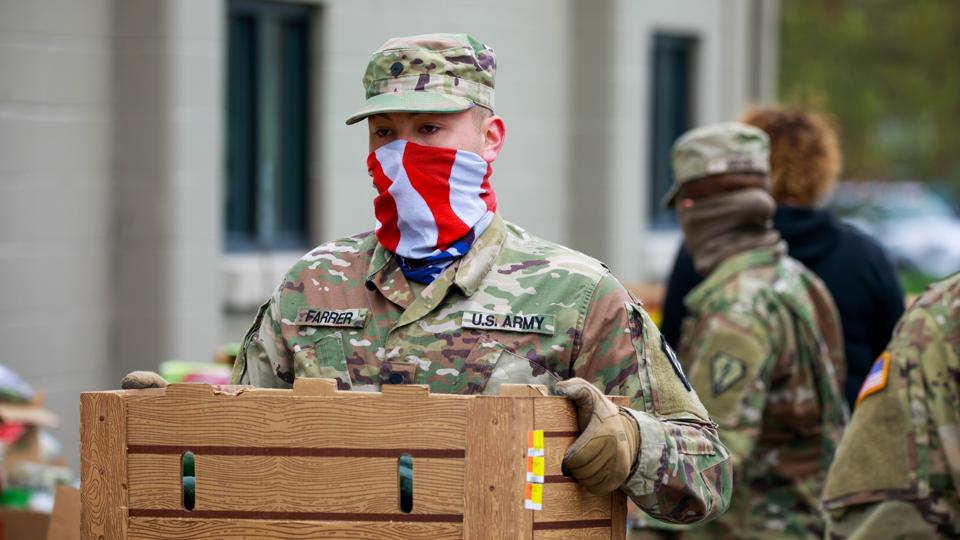 COVID-19 is now being considered a “biological agent” in the United States, meaning that those who deliberately cough on policemen or merchandise to spread infection can be charged with terrorism. Late last month, Deputy Attorney General Jeffrey Rosen sent US attorneys and federal law enforcement agencies a memo asking the justice department to consider prosecuting certain “purposeful exposure or infection of others with COVID-19” under federal terrorism-related statutes. Two people in the US have been charged with terrorism offences after claiming they were intentionally trying to spread COVID-19.

In the United Kingdom, a man was recently jailed for coughing on police, stating that he hoped to infect them with the virus so that they would pass it on to their children. The Director of Public Prosecutions has warned that anyone using COVID-19 to threaten emergency and essential workers would face serious criminal charges. The intervention came after a flurry of reports that police, shop workers, and vulnerable groups were being deliberately coughed on by people claiming to have the disease. Such behavior is illegal and assaults against emergency workers are punishable by up to 12 months in prison.

New rules reflect new risks. Last week, New York City’s death toll from the pandemic rose to over 4,000, surpassing the number killed at the World Trade Center on September 11th. The priority for tackling the current pandemic lies in our public healthcare systems. However, like other high-impact events, police in the United States and the United Kingdom also face new threats. These include regulating social gatherings (which involves stretching already limited resources), increases in lower-priority crimes (such as burglaries and criminals selling fake hand sanitizers and protective equipment), and the threat that heavily populated areas such as hospitals and parks may be targeted by terrorists or other criminals.

The first risk concerns policing lower-order offences, such as civilians not listening to government-issued guidance and continuing to socialize in large numbers, or the policing of minor threats. In the few days after the British government announced changes to police powers, police phone lines were inundated with calls from the public, and reports were made that public gatherings and social events were ‘over-policed’, including with the use of technology such as drones. It will be difficult to strike the balance between policing areas that are high-risk and those that are lower priority.

The second risk comes from a ‘double threat’ of terrorism coupled with the pandemic, which can take the form of bio-terrorism, as was the case with Anthrax threats that followed the 9/11 attacks in the United States, or white powder contents that have been sent to Members of Parliament in the United Kingdom on many occasions. A Department of Homeland Security memo recently outlined that attacks may increase in public spaces such as hospitals and parks. Such an attack has already occurred in Kansas City, Missouri, where a man under federal investigation in a potential domestic terrorism case was shot and killed after plotting an attack on a hospital.

Risks that affect both the police and front-line workers include the risk of illness, either thorough transmission or through deliberate infection. Unfortunately, there have been a number of incidents in the United Kingdom where civilians have attempted to cough on officers and infect them with the virus, and a number of videos circulating online where malicious actors have advised civilians to infect public institutions in order to add stress to those operating at maximum capacity. Using existing legislation to cover such events – including common assault and terrorism – may be one way to increase the ability of systems to respond to new risks under changing circumstances.

Canada’s Start Up Visa Best For Many Immigrant Entrepreneurs