Breaking
The Impact of Internships in Marketing
3 use cases of chatbots for critical services
How To Make Working From Home Appeal To...
Tips on How to Design an Office Space...
4 Tips To Help Build Amazing Customer Relationships
How Are US Pension Funds Responding to the...
Benefits of second-hand cars for your business
4 Reasons Why Your App Needs To Undergo...
Your Guide to Online Marketing
How to find a Solicitor in London
5 car tyre and safety tips for a...
Everything You Need to Know About Corporate Social...
Is Adaptive Leadership the Key to Motivating Employees?
Why business events are set to return with...
Business events set to return with a bang!
Expanding Internationally: 5 Things to Consider for eCommerce...
Home Business Indiana Pacers Star Victor Oladipo Is Using The NBA Suspension To Get Healthy And Focused
Business 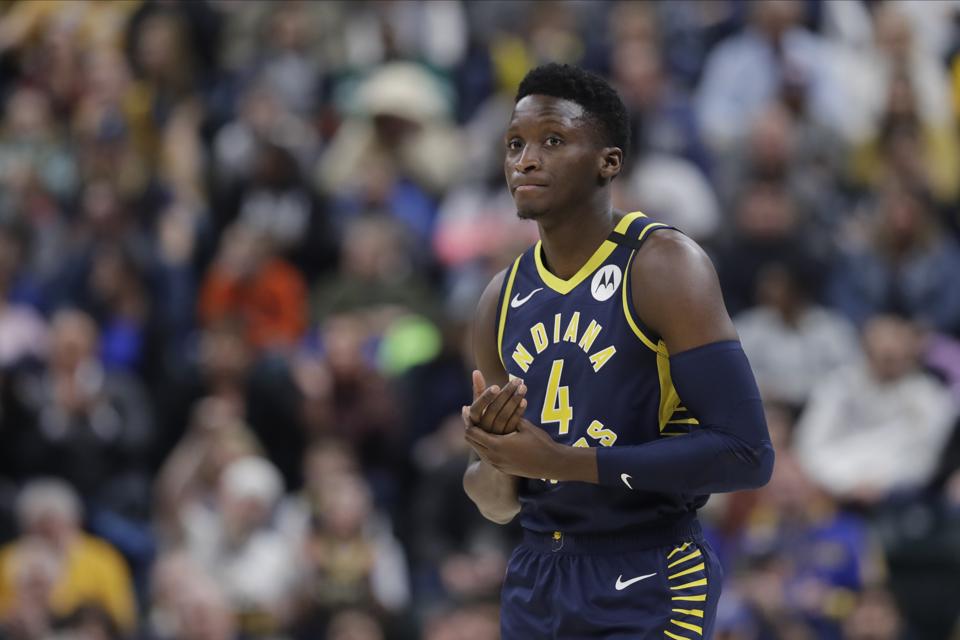 Indiana Pacers’ Victor Oladipo (4) enters the game during the first half of an NBA basketball game … [+] against the New York Knicks, Saturday, Feb. 1, 2020, in Indianapolis. (AP Photo/Darron Cummings)

Victor Oladipo was finally hitting his stride when the NBA season came to a halt. In the month of March, he was averaging 19.7 points and 5.0 assists per game while shooting 46% from the field. He struggled right after returning from injury, but he started to finally look like the Oladipo who was an All-Star in the two seasons prior.

Then the season, and his rhythm, was cut off. The NBA suspended the 2019-20 campaign as the COVID-19 pandemic continues to have a massive impact on the globe.

But Oladipo, in typical Oladipo fashion, isn’t sulking. Instead, he is using this time off to get his body right. “It’s given me a chance to reset,” the star shooting guard said of this break he has been given. “But I’m still getting my work in.”

Oladipo is fortunate in that he’s found the needed facilities to keep his body in great shape. He has a private gym to go to for basketball purposes, and he converted his garage into a weight room in order to work out at home. Travel restrictions aren’t holding him back from staying in shape and resetting his body after his recent return to the court.

This is tremendous for the Pacers, because the former Indiana Hoosier still needs to fully recover from the ruptured quad tendon he suffered in January of 2019. When he returned to play earlier this season, he was ready. He rehabbed hard and had reached a point where he could contribute to the team with minimal chance of re-injury. In order to reduce those odds to essentially zero, the Pacers put Oladipo on a minutes restriction.

But per the shooting guard’s admission, he wasn’t playing at his highest level. “At the end of the day, I was out there playing… going as hard as I can,” Oladipo said. “To say I was 100% out there… I don’t know if I can say that.”

The stats support his claim. There was going to be rust after such a long absence, but Oladipo averaged just 13.8 points per game and shot a paltry 39% from the field. Some of the struggles were to be expected, but the shots were never falling, and he lacked the burst necessary to get to the rim as often as he did in seasons past. 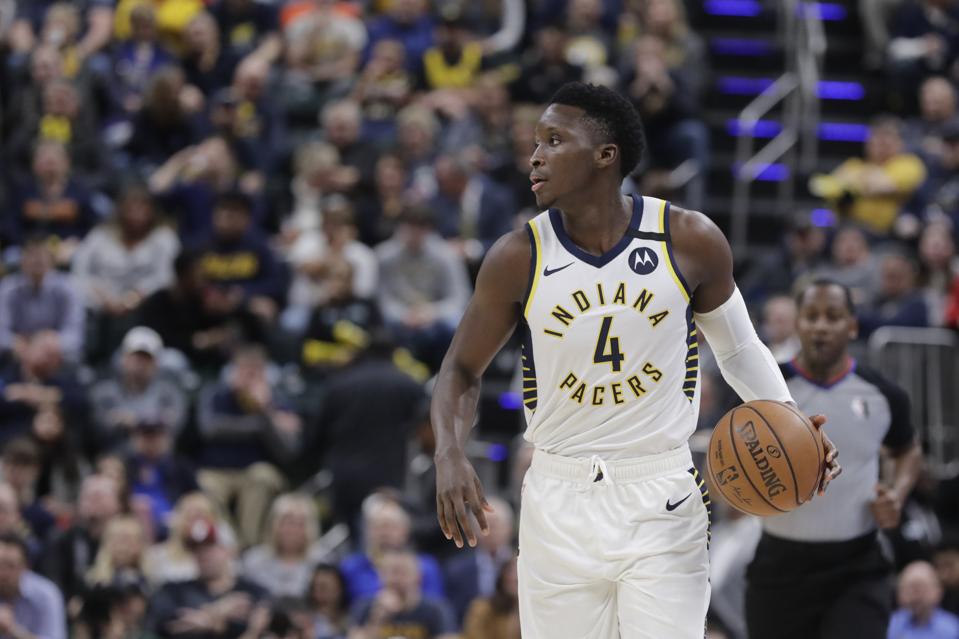 Indiana Pacers’ Victor Oladipo (4) in action during the second half of an NBA basketball game … [+] against the Chicago Bulls, Wednesday, Jan. 29, 2020, in Indianapolis. Indiana won 115-106 in overtime. (AP Photo/Darron Cummings)

But as mentioned earlier, the 6’4 guard was finding his footing just before the league reached its suspension. In his final game, he looked like the ‘Dipo of old. He pummeled the Celtics on his way to 27 points, seven rebounds, and four assists. It was easily his best performance of the season, one that indicated that maybe he was approaching 100 percent healthy.

And then, basketball stopped.

Of course, he is choosing the latter. Oladipo is optimistic in the face of adversity, one of his best assets as a player and person. “Adversity is a part of life,” he said. “It’s a part of this game. How you separate yourself is how you overcome [it].”

Oladipo will overcome it. He always does. He emerged from tough basketball situations and turned into a multi time All-Star. It took him just 13 games to look great on the court after a year-long injury absence. He will use this suspension to improve his physical state and, perhaps, his mental state as well. “I feel like [the time off] is a blessing,” he said. “At the end of the day, I’m just gonna do my best every day to heal and get stronger and get better.”

And if that improvement translates to on court success, the Indiana Pacers will be better. They were 7-6 with a hobbled Oladipo on the court among a myriad of other injuries; if both the star guard and the rest of the roster get healthy and stronger at the same time, the Pacers could be a great team.

That’s all Oladipo wants. “At the end of the day, I want to do whatever it takes to be able to prepare myself to play at the highest level possible to win championships and to do all those things,” he said. Once Oladipo and the Pacers make it through this NBA suspension, they will be an improved basketball team. They will be healthier and rested. And thanks to Oladipo’s optimistic and proactive approach to this time off, he might look more like the player the Indiana Pacers are used to seeing wear number four on the court.

Sony Is Giving Away Another Free PS4 Game, But There’s A Catch

What Entrepreneurs Are Reading To Help With The COVID-19 Pandemic