Breaking
Florida Supreme Court Tells The American Bar Association...
How to Write Perfect Paid Social Media Marketing...
How To Boost Productivity In Your Small IT...
How Restaurants Can Design a More Sustainable Food...
Expenses That Small Business Owners Need to Be...
How You Can Make Saying Goodbye To The...
Biden To Meet Royal Family At Cornwall’s Eden...
It’s Going To Be Emotional — Going International...
Peer Mentoring For Students: STEM & Buds
7 PR Trends in 2021: The Story So...
Google Plans Radical New Google Pixel Smartphone Upgrade
Where Did COVID Come From?
Ride To Growth With A Business Vehicle
C3.ai’s Tom Siebel: How To Scale AI
Moz Acquired by iContact Marketing Corp
10 Examples of Brands Using TikTok Stitch and...
Home Business Injuries Cost NFL Teams Over $500 Million In 2019
Business 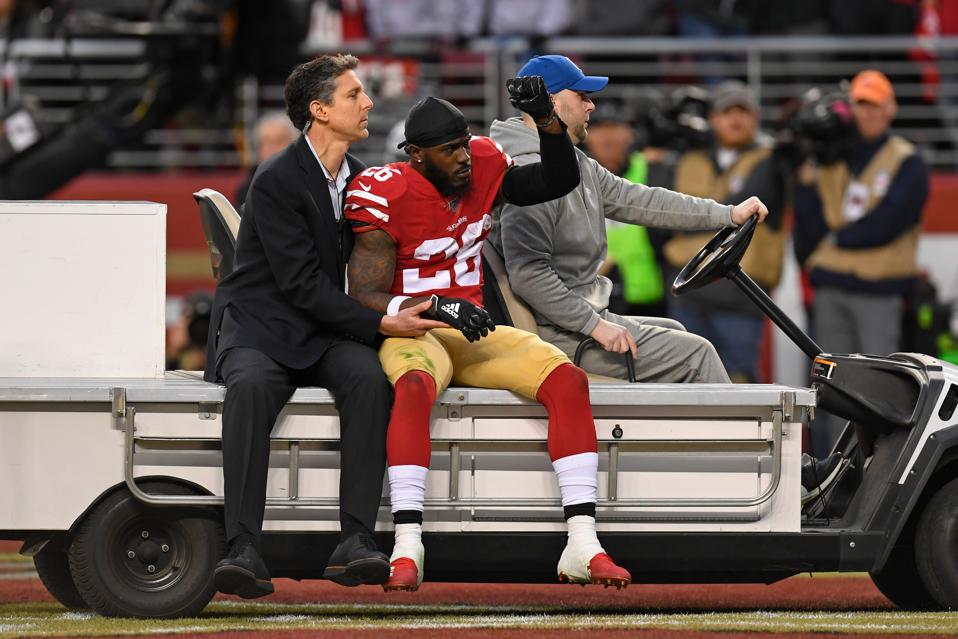 No sport racks up injuries quite like football, so it’s no surprise that NFL teams spent an estimated $521 million on sidelined players during the 2019 season, according to a study by The Associated Press.

The study analyzed players on injured reserve at the end of the NFL’s regular season and time missed by Week 1 starters. It did not include players who became starters after Week 1 and later missed games due to injury.

More than half a billion dollars is an exorbitant sum for a league that has drawn more and more scrutiny for player health and safety in recent years. However, much of that attention has been directed toward head injuries and protecting quarterbacks.

Per The AP, it was wide receivers who topped the list of money spent on injured players in 2019 at $72 million. Cornerbacks and safeties finished second and third on the list, respectively.

Why those positions? Well, according to Dr. Scott Rodeo, an orthopedic surgeon who specializes in sports medicine at New York’s Hospital for Special Surgery, the leader board is topped by positions that usually require quickness and contact.

“Injury susceptibility is multifactorial, and careful analysis of injuries requires distinguishing injuries that may be due to overuse versus injury due to contact,” he said. “It is well-established that muscle strain injuries (such as a hamstring injury) occur in sprinting athletes. Contact that occurs when an individual is running at a high rate of speed likely plays a role as a risk factor for injury.”

Per NFL data, more than 60 percent of injuries came from lower extremities in 2019, with knee issues leading the way. ACL and MCL injuries declined, while concussions saw a slight increase from 2018, jumping from 214 instances to 224 when counting both the preseason and regular season.

However, the past two years have been a step in the right direction for concussions and the NFL when compared to the previous three seasons. The league averaged 266.3 concussions a year over that stretch, with a whopping 281 incidents in 2017. So while there was an uptick between 2018 and 2019, Rodeo is encouraged with the progress the league is making when it comes to treating head injuries.

“Although the trend in concussion numbers is encouraging, more important is the recognition that these numbers reflect the increased attention by the NFL on concussion detection, early evaluation and efforts to improve player awareness,” he said. “These efforts, combined with rule changes and equipment modifications to mitigate concussion risk, should continue to improve player safety.”

After spending more than half a billion dollars on injured players in 2019, the NFL can only hope that Rodeo is right. With so much money lost to injured reserve, expect the league to continue it’s examination of player health and safety.

Whether that means more rules changes, new equipment or other measures remains to be seen, but count on the league’s owners doing what they can to minimize sunk costs.

There Are Worms In Space