Inside-Out Terraplanter Wants To Transform How You Grow Your Greens 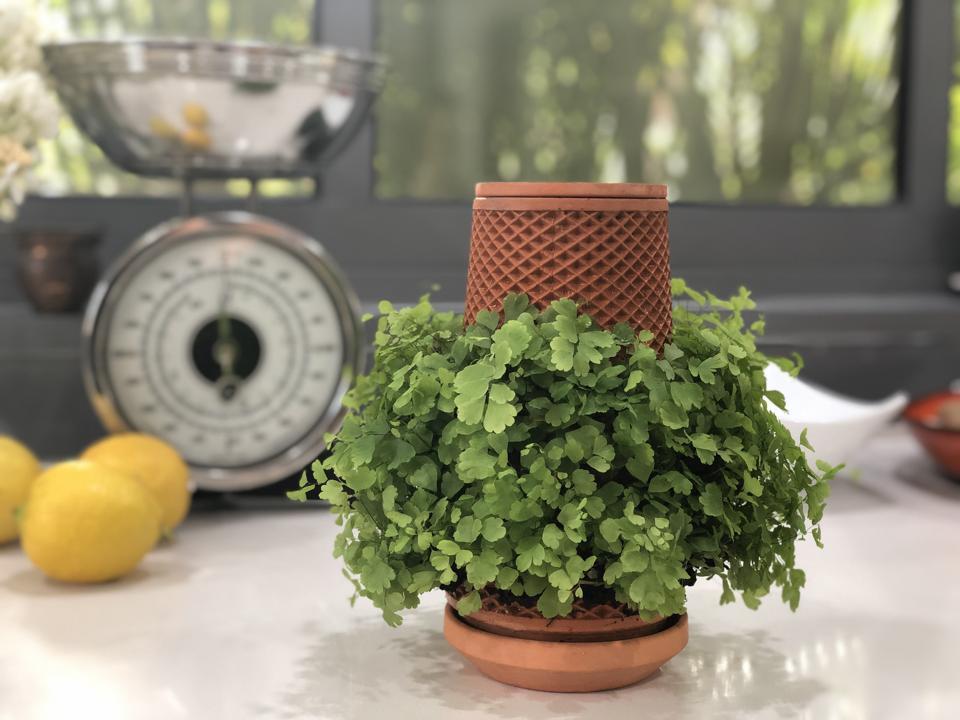 If you want to grow a garden indoors, get ready to get your hands (and your house) a little dirty. Or you might want to try the hydroponic route, without soil. The terraplanter, a porous pot that’s growing like gangbusters on Kickstarter, is the creation of industrial designer and plant enthusiast Eran Zarhi and his partner, “eco-entrepreneur” and four-time Kickstarter creator Elad Burko.

With a week left in the latest Kickstarter campaign, the terraplanter has pledges totaling nearly $4.7 million, slightly above a goal of $20,000 by June 19.

A rep for Adama Design in New York, which launched the crowdfunding campaign, says it’s on track to be one of the Top 10 funded on the platform.

The instructional video above shows how it works. Just like moss growing on a rock or vines on the exterior of a stone house, terraplanter mimics that natural growth experience in your own home, a company rep says.

The pot may remind you of the popular (and often regifted?) Chia Pet, or an adobe Alexa.

The terraplanter was created for the “modern urban inhabitant” to look good indoors and keep maintenance to a minimum.

The planter works as a water bank and is made from a solid yet porous ceramic material that allows water to slowly diffuse through it. 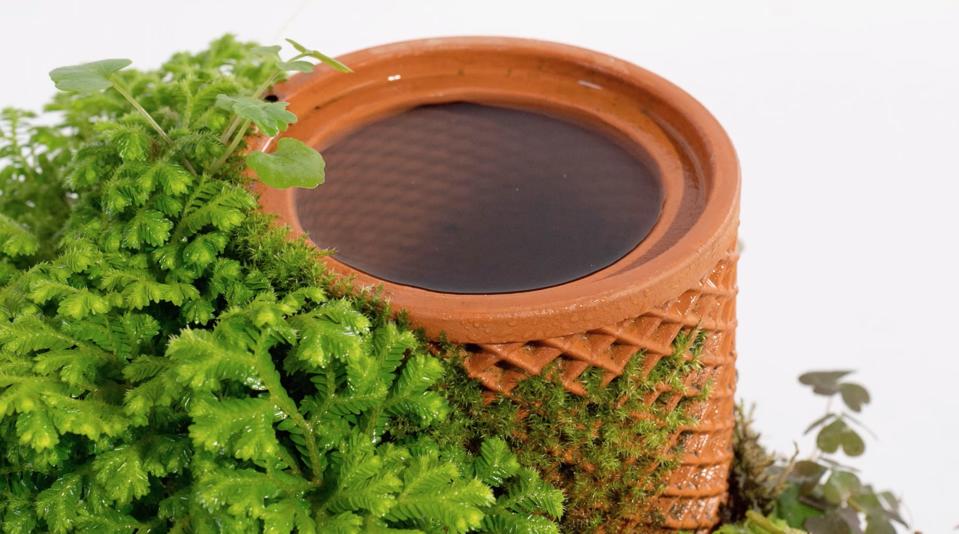 The water is held by 1,400 cells on the exterior that give the plant time to drink and requires less-frequent watering. You can rub on spores, wrap a climbing plant around the pot, use rubber bands to mount plant roots or cover the pot with seeds of your choice. You also can reuse the pot by peeling away the plant. 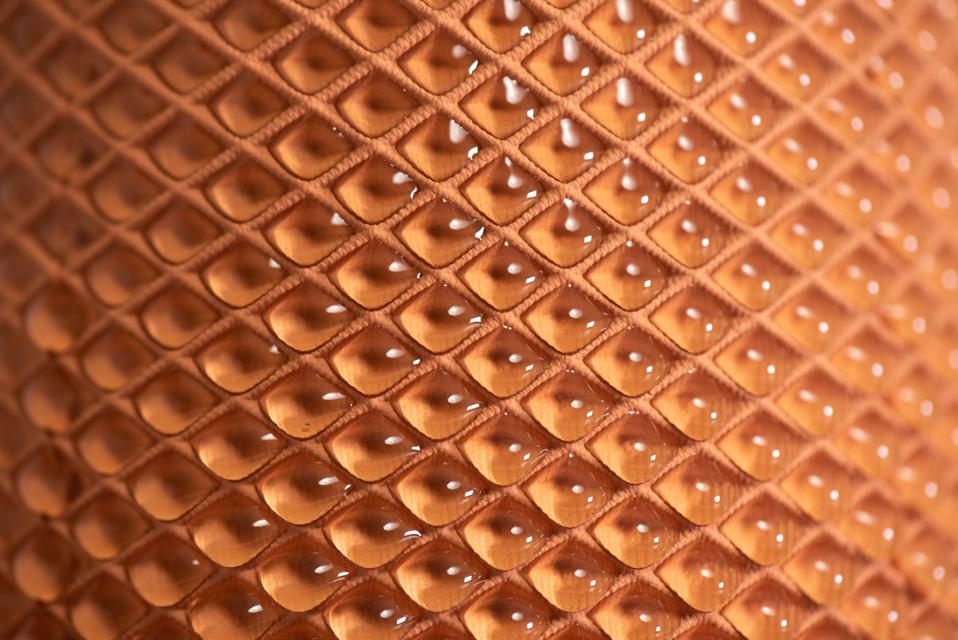 A close-up of the porous material and cells 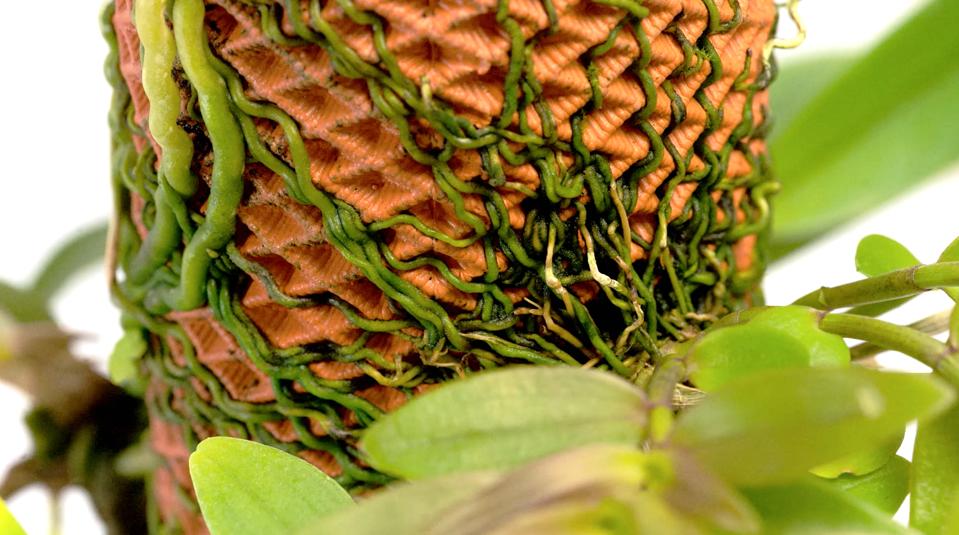 The design allows the roots to have access to water and air.

Designers say the shape of the terraplanter is important. They used a “parametric design,” went through several prototypes and refined the algorithm to arrive at “the optimal solution for plants to thrive.” 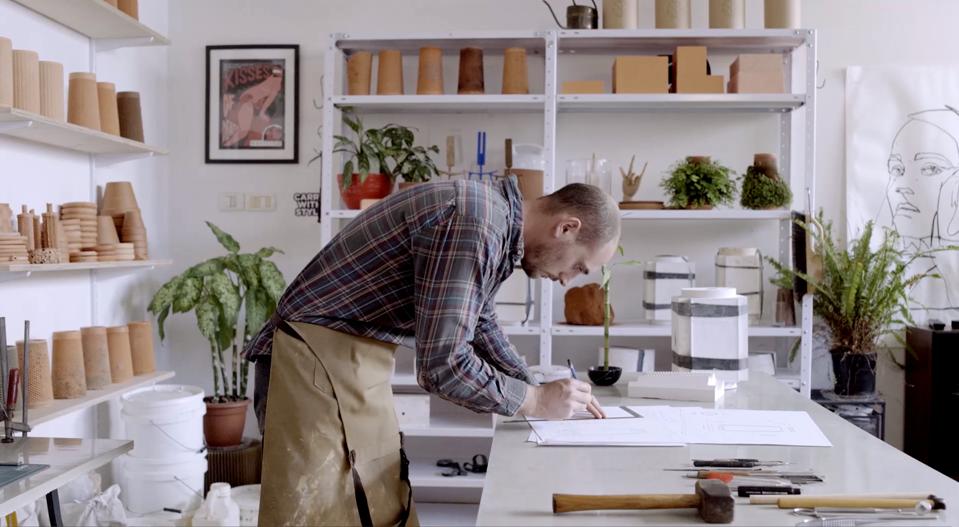 Design and development of the terraplanter

The terraplanter is priced at $59 on Kickstarter (for early birds) and it’s estimated to be in homes by October 2020. It’s expected to retail for $80.

It doesn’t come with seeds, but includes a growing guide. You might also reference nine reasons to try in-home gardening this year on the terraplanter blog, including that plants provide mental and emotional therapy, and improve air quality.

A month-old review on Product Hunt, including related products, notes: “We all miss plants and flowers these days being locked down. I like it a lot.” 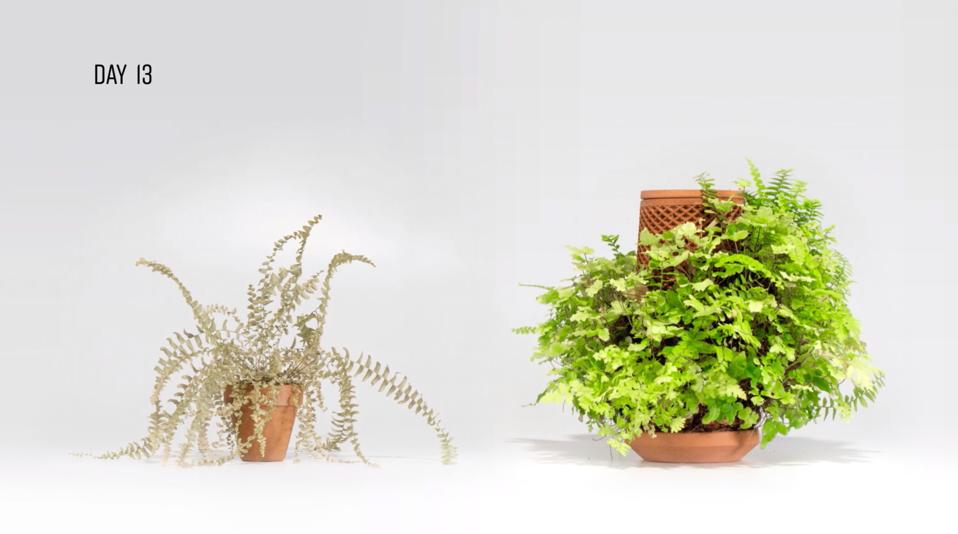 A planter v. the terraplanter