Breaking
Expanding Your Business Into Spain: What You Need...
Essentials For Your Office Coming Out Of COVID-19
What Can Marketers Learn From Digital Cults?
Why NASA’s James Webb Space Telescope Will Never...
Increasing HR Effectivity and Efficiency through Software Solutions
The Difference Between Building A Startup In Bull...
Fluor Corp Ranked Among Today’s Top Shorts
Common Pitfalls to Look Out for When Buying...
Will the Olympics go ahead this year?
Pack Up the Big Top: Insights from MozCon...
Best WordPress Themes for Blogs
Get Ready To Rip And Tear, As The...
As Economy Recovers, Loan Approval Rates Increase For...
Lessons Learned—Avoiding The Fundraising Errors That Can Sink...
Top Tips to Help You Effectively Manage Your...
Malaysia’s Carsome, Tycoon Patrick Grove’s Catcha Group To...
Home Technology Insights On Technology And Nature From ‘Running Wild With Bear Grylls’
Technology 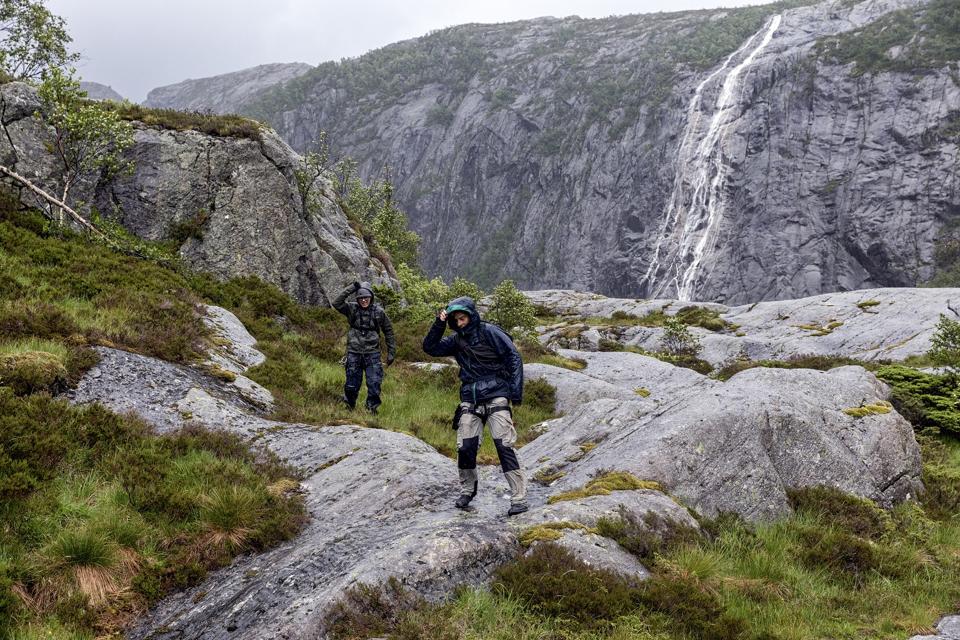 You’ve probably heard of Bear Grylls by now. He is one of a small, elite group of names that come up when discussing nature and the wilderness. He is also the host of the show “Running Wild with Bear Grylls,” which airs on Nat Geo on Tuesday nights.

Each episode he is joined by a guest—a celebrity of some sort—to go on an epic adventure. You might think that because he is hiking in the wilderness with celebrities that they would take it easy, but it generally seems like the celebrity gets the full wilderness experience. For example, when US President Barack Obama joined Grylls, the two enjoyed a “feast” of raw salmon that had been gnawed on and left behind by a bear.

Tonight’s episode features Bobby Bones—radio personality, American Idol mentor, and former Dancing with the Stars champion. Grylls takes Bones on a journey across a Norwegian fjord, including a once-in-a-lifetime opportunity for Bones to rappel down the side of a 300-foot waterfall with inflatable rafts in tow—and explicit instructions to not let them pop or get damaged since they need them to get down the river. You should tune in to see how it goes, and put “Running Wild with Bear Grylls” on your list of must-see shows.

As exciting and educational as the show is, my primary focus is on technology, and—to a lesser degree—science. I had an opportunity to chat with Grylls and asked him some questions about how technology impacts his journeys in the wilderness and what he misses about technology while he is out adventuring.

Last time I had an opportunity to speak with Grylls, I asked what he would take into the wilderness if he could only take one piece of technology. His response was a waterproof satellite phone so he could communicate. This time, I asked what else he would take if he already had the satellite phone. His answer? “Probably our ‘Bear Grylls Lyte Battery Charger. Without juice nothing works!”

Fair enough—and he got a plug in for his product.

I flipped the situation around a little and asked him what he misses most about technology while he is in remote locations in the wilderness. His response was basically a variation on why he chose the waterproof satellite phone as the must-have device. He told me that what he misses most about technology is, “Reliable communication. So much of the world is actually still so off grid once you go beyond the cities, and as a father of three I try and speak to home every day I am away. Connection is everything.”

Finally, I asked for his perspective on nature and the state of the planet. As someone who makes a living exploring and adventuring in the wilderness and has done so all over the planet for years, Grylls is somewhat uniquely qualified to provide some insight on trends and the state of Mother Nature in general.

“If my travels have shown me one thing, it’s just how precious this planet is and how fundamental nature is to humanity. I think you have to see it to believe it. This is why it’s so important to get outdoors so we can all forge a stronger relationship with the natural world,” Grylls explained. “You don’t have to look far to see firsthand the devastation that is happening. That’s why, for example US President Obama wanted to go on the journey with us on Running Wild. He’d studied the science and he said, ‘I’ve seen all the data, I understand that, but I want to see it firsthand and experience it.’ Ditto Prime Minister Modi of India who—after I took him on a journey to the rainforest—announced his vision to ban one-use plastic in India. These moments are the seeds of change. Because when we stand up close and we see firsthand the effects of climate change, then that’s the best classroom.”

The devastation and the consequences of the devastation of the planet are clear, but I asked Grylls what we can do about it. We aren’t all Bear Grylls and we aren’t all going to trek off into the wilderness, but we all have a vested interest in protecting planet Earth for ourselves and for the generations to come after us by contributing our time, money, and effort to support charities that are doing good things. “I am a proud Patron of Tusk Trust and was honored to attend the Tusk Awards night recently, to thank all the inspiring unsung heroes who work relentlessly at the front line of conservation. Together with the Scout Movement, we launched Scouts for SDGs (sustainable development goals) last year in New York at the UN headquarters with an aim to make the world’s largest youth contribution to planet Earth. It was a massive goal!” declared Grylls. “Through this global initiative we are currently mobilizing 50 million young people around the world to learn more about how to improve the sustainability of our planet and take action in their communities. The results already are incredible! This sort of thing I am so passionate about.”

Tune in to Nat Geo Tuesdays at 10pm Eastern / 9pm Central to check out “Running Wild with Bear Grylls.” Every episode is educational and entertaining, and it’s a Nat Geo production so the visuals and videography are phenomenal. If you can’t go rappel down a waterfall in Norway yourself, the next best thing is to watch Grylls and his celebrity guest do it.