Breaking
Can You Settle Your Student Loans Or Negotiate...
How to Use Amazon Attribution For Ad Campaigns
How To Quickly Start And Scale Your Business
Terra Virtua: What NFTs Can Teach Us About...
5 Easy Steps To Prepare Content For E-A-T...
Physical Inactivity Linked To More Severe Covid-19 Infection...
The 2021 Estimated Tax Dilemma: What Tax-Return Pros...
Want To Digitally Transform Your Business? Start With...
How to Optimize Google My Business and Leverage...
Debunking Link Building Myths in 2021
How, When And Where You Can Gaze At...
SBA Opens $16.2 Billion Shuttered Venue Operators Grants...
What are the Essential Features of a Small...
Trends In Executive Recruiting That Will Help You...
The Growing Case For Banning Pesticides Linked To...
The Reopening High – But Long-Term Issues Cloud
Home Technology Intel Lays Out Strategy For AI: It’s Habana
Technology

Last month, Intel announced that it would acquire Israeli AI chip startup Habana Labs for $2B. At the time, I opined that this probably spelled the end for chips from the 2016 Nervana acquisition. Intel planned to bring out both the inference and the training versions of Nervana’s second attempt to out-perform NVIDIA by the end of 2019. Apparently, something ugly happened on the way to the data center. Now, as expected, Intel has announced that Nervana will be no more. The company will support the NNP-I inference chip for previously committed customers, but will cease all development on the NNP-T AI training design. 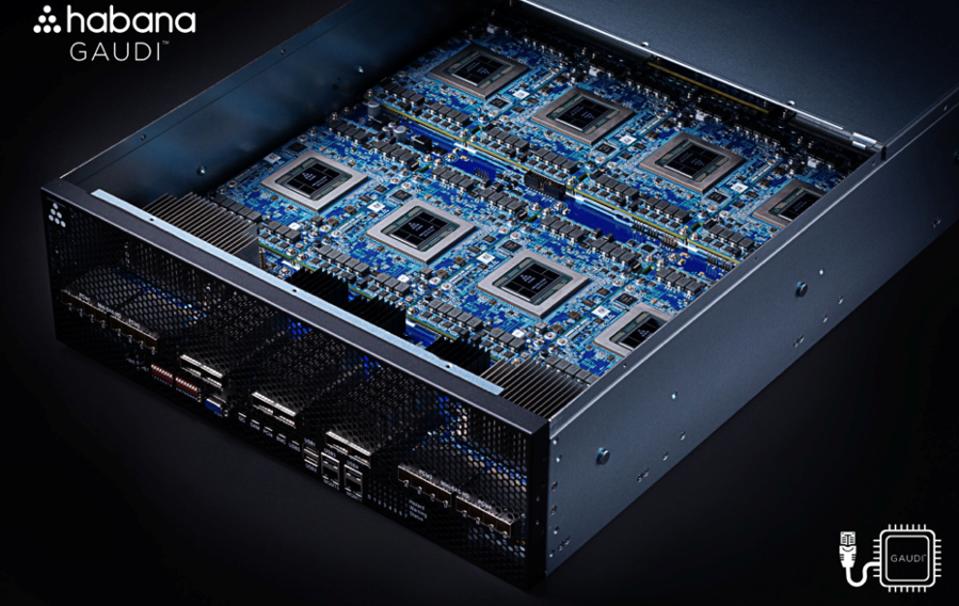 Does Intel really need yet another architecture?

Apparently, Intel received feedback from its engineers and from large customers that the second Nervana designs, code-named Spring Hill and Spring Crest, just didn’t pass muster for these high-performance workloads. I suspect these customers pointed to Habana as the preferred platform that can compete with NVIDIA. Of special interest to Intel was probably the fact that the Habana Gaudi chip has an on-die 100Gb Ethernet fabric that supports RDMA over Converged Ethernet (ROCE). Since a Mellanox NIC with ROCE can cost well over $1000 per card, Intel will now have a chip that can scale at low cost to thousands of nodes to handle the emerging very large neural network models used in applications such as natural language processing. Note that Mellanox is being acquired by NVIDIA for $6.8B.

While Habana will become the flagship processor for Intel’s AI, a GPU still has a place in its data center strategy because it is far more flexible and can be programmed to accelerate a wide variety of applications—from mechanical engineering analysis to weather forecasting. So, in short, yes, Intel needs and plans to bring out a data-center GPU called Xe to be used in the first Exascale supercomputer at Argonne National Labs.

Was this a smart move?

I think it is safe to assume that a customer like Facebook made its opinions clear to Intel: you need to get a better chip. It would make no sense whatsoever for Intel to buy Habana and still hang on to Nervana just to save face. It already has Xeon, Altera, MobileEye, Movidius and coming GPUs. Something had to give, and that was Nervana. So, yes, this was a smart and bold move by Intel to build a future for themselves in the fast-moving AI acceleration space.

While I prefer the “Nervana” brand from a marketing standpoint, quality of architecture and engineering is king, and from now on, it looks like that will be Habana at Intel. Now we will need to await more performance benchmarks and NVIDIA’s next generation GPU to pick a winner.

Disclosure: Moor Insights & Strategy, like all research and analyst firms, provides or has provided research, analysis, advising and/or consulting to many high-tech companies in the industry, including Intel and NVIDIA. The author does not have any investment positions in the companies named in this article.

When Is The Right Time To Start A Business?

Cristiano Ronaldo 200 Million Instagram Followers: What Does This Mean In Context?