Breaking
The Impact of Internships in Marketing
3 use cases of chatbots for critical services
How To Make Working From Home Appeal To...
Tips on How to Design an Office Space...
4 Tips To Help Build Amazing Customer Relationships
How Are US Pension Funds Responding to the...
Benefits of second-hand cars for your business
4 Reasons Why Your App Needs To Undergo...
Your Guide to Online Marketing
How to find a Solicitor in London
5 car tyre and safety tips for a...
Everything You Need to Know About Corporate Social...
Is Adaptive Leadership the Key to Motivating Employees?
Why business events are set to return with...
Business events set to return with a bang!
Expanding Internationally: 5 Things to Consider for eCommerce...
Home Technology Interview: Grammy Nominees Emily King/Jeremy Most At VentureCrushAV Interview With Ed Zimmerman
Technology

This column shares the fireside chat I had with multi-Grammy nominees, Emily King and Jeremy Most, at Lowenstein Sandler LLP’s January 2020 VentureCrushAV event in our New York City offices. During our chat, the duo graciously performed “Look At Me Now” (nominated for the “Best R&B Song, 2019” Grammy Award) off King’s Grammy-nominated album, Scenery (2019). You can see that on the video (below; 12 minutes in).

A native New Yorker, Emily King, inspired by Jimi Hendrix (especially, “Castles Made of Sand”), began writing songs at 16.[1] By 19, King had a Grammy-nominated album in the competitive R&B category. In her own words, “I worked on this record [East Side Story (2007)] with Chuckey [Thompson]. They put it out. It got nominated for a Grammy. Then I got fired.”[2]

To learn how Emily King picked herself back up to again produce Grammy-nominated work, read or listen on as she and guitarist/songwriter/producer Jeremy Most (also a multi-Grammy nominee), tell their incredible story of self-rediscovery. We sat down with the duo two days before the release of King’s 2020 acoustic album, Sides.

Our chat with Emily King and Jeremy Most demonstrates VentureCrush’s commitment to blending tech with creatives. For instance, this interview was followed by a fireside chat I hosted with my colleague Anne Milgram, Jane Gladstone (Evercore, also named among by Bloomberg Businessweek’s Top 50 Most Influential) and Anton Levy (Co-President of General Atlantic who repeatedly appears on the Forbes Midas List). (See below for more about them).

1) On her newly-released song “Oduwa” with with yMusic:

Emily King: And so, somehow the song became about my history. My father’s side is African-American and they came up here and struggled. My grandpa had a bodega in the Bronx and raised my father, who was the big disappointment in the family because he went on to be a jazz singer after all of that stress and struggle.

But it just felt fitting that “Oduwa,” which I had to google because, like I said, I just was making up the song and it just came out. I googled it and it was a Nigerian word for “road to prosperity” and I said, “Yeah, that sounds about right. That’s my family, and a lot of other families trying to make it.” And yeah, it’s an unreleased song, but hopefully it will be out soon with yMusic.

2) On garnering a Grammy nomination for 2007’s East Side Story and getting fired:

Emily King: Oh, you summed up my whole life… Wow. You really fit that all in there, thank you. Well, I find often I am posing as a confident person and I’m just full of shit. So, I think that’s kind of been a theme through my whole life, especially at that moment when I got fired. But it was also empowering because I went to the Grammys years ago for an album that I wasn’t 100% into and at the end of the night, that felt bad to me. So, when I got fired, I ended up meeting Jer [Jeremy Most]…

3) On the debut single from “Sides” [“Teach You”], — which she King wrote as a duet that she did with Grammy-winner with Sara Bareilles:

Emily King: Yeah, that was fantastic. She [Bareilles] is one of my favorite singers and she’s a great buddy. And we went on tour and we opened for her and all these places around the country. And what else did we do?

Jeremy Most: Well, you put a song out with her.

Emily King: I put a song out with her. It’s called “Teach You” and I wrote it about trying to teach a person you’re with, how you’re supposed to be treated.

Ed Zimmerman: Is that about teaching Jeremy, training Jeremy in all the ways to-

Jeremy Most: It’s a theme in a lot of this music. My parents were like, “What did you do?”

For the whole transcript (with light cleanup edits), click here.

VentureCrush is a series of invite-only events for entrepreneurs, musicians, venture capital investors, winemakers and members of the larger tech community. VentureCrush strives to build community, but also believes in learning from outside the tech community. See, for instance, the discussion I had with Grammy-nominee Laura Marling and Space Shuttle Commander Mark Kelly regarding leadership and creativity (and grace under pressure), at one of our New York VentureCrushAV events published in Forbes (July 11, 2019), the conversation I had at one of our VentureCrushNY events with Corinne Mentzelopoulos, the proprietor of Chateau Margaux, the legendary Bordeaux First Growth, regarding product quality, recapped in Forbes (August 23, 2016), and the conversation with Emmy winner/Latin Grammy winner, Gaby Moreno at our VentureCrushSF (Forbes, August 2, 2019). 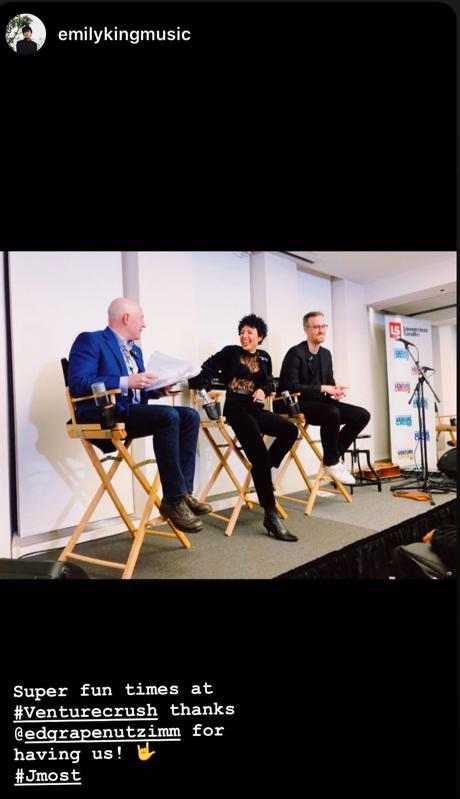 About the Other Speakers at January 15, 2020’s VentureCrushAV:

Anne Milgram was formerly New Jersey’s 57th Attorney General. She who now splits her time as a lawyer in the Tech Group at Lowenstein Sandler, a professor at NYU School of Law, co-host of the weekly Café Insider podcast with Preet Bharara, a CNN Legal Analyst, and the technical legal advisor for Law & Order: SVU (NBC) and Power (Starz). Milgram was also formerly the U.S. government’s lead prosecutor for human trafficking crimes.

Jane Gladstone “is the Senior Managing Director leading Evercore’s financial services corporate advisory business with twenty-seven years of investment banking experience. Ms. Gladstone has been named one of the Top 50 rainmakers on Wall Street by Dealmaker magazine, one of the Top 50 Most Influential by Bloomberg Businessweek, Ranked #2 by Institutional Investor 2015 Fintech Finance 35.” [3]

Anton Levy “is Co-President, Managing Director and Global Head of General Atlantic’s Technology sector. Anton also serves on the firm’s Management, Investment, and Portfolio Committees. In addition to the companies mentioned below, Anton has led General Atlantic’s investments in leading technology companies such as Alibaba, CrowdStrike, Facebook, Slack, and Snapchat. Anton has been named to the Forbes Midas List of top investors each year from 2014 to 2019.”[4] 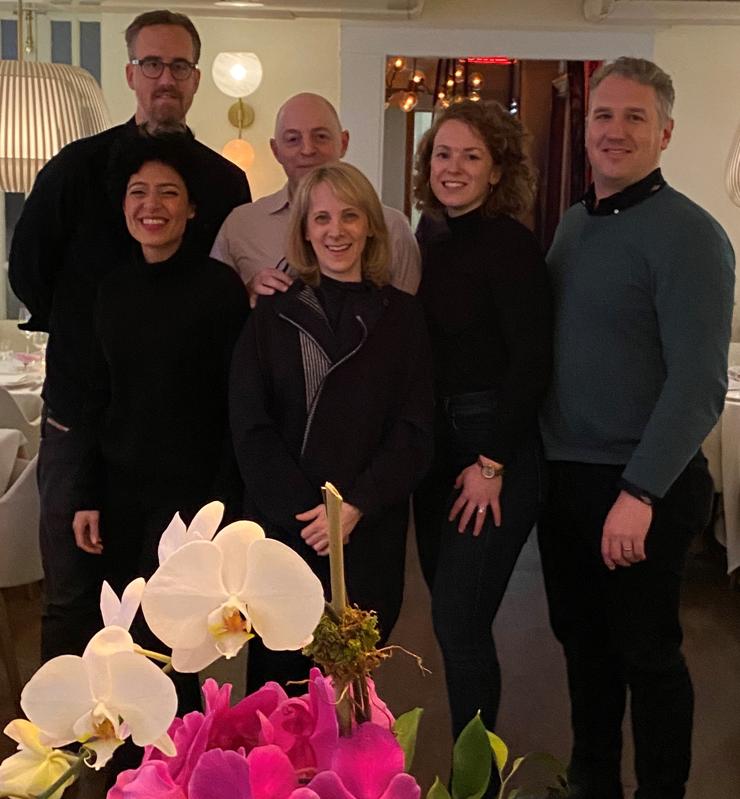 ‘SNL’ Cancels Amid Coronavirus Concerns: When Will Live Shows Return?