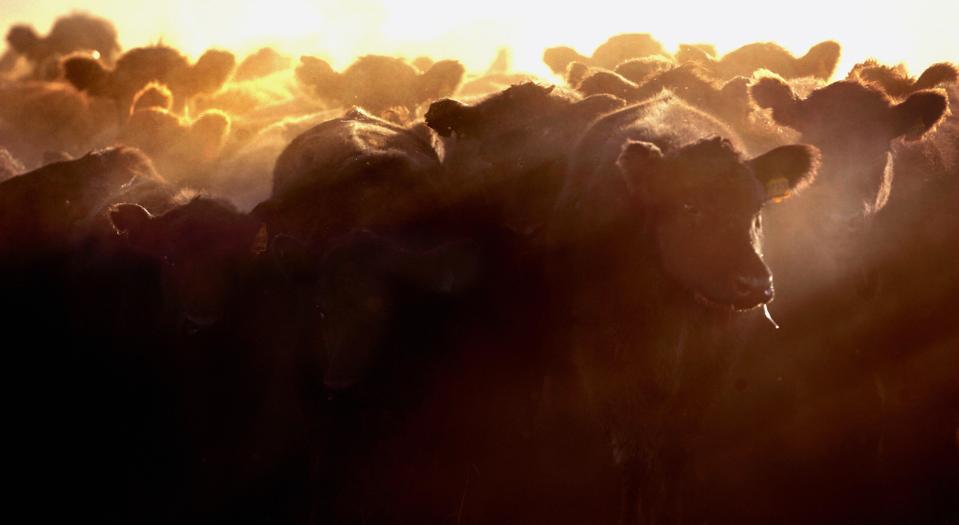 Principles for Responsible Investment warns investors to prepare for a world shift away from beef … [+] consumption. Photo by DANIEL GARCIA/AFP via Getty Images.

The analysts at Principles for Responsible Investment believe policies that mitigate climate change are inevitable, no matter how unlikely they seem right now.

Those inevitable policies have not been priced into markets, they contend, and the longer policymakers wait, the most disruptive the policies will be. So PRI is warning investors now about inevitable change it foresees in even the most sluggish sectors, like agriculture.

“With production, processing and retail of food accounting for 15-30% of all GHG (greenhouse gas) emissions in high-income countries, significant shifts in food consumption patterns will be required as part of the low carbon transition,” PRI states in a forecast it has released called the Inevitable Policy Response.

“Clean meats and technologies that reduce food waste give reasons for optimism.”

Change is less apparent in agriculture right now than in some sectors.

“We expect to see deep and rapid changes in the energy system, transport electrified in 20 years, and major changes in land use,” said Sagarika Chatterjee, director of climate change at PRI.

“All of this will give over 60 percent reduction in CO2 emissions by 2050. Nevertheless, after crunching the numbers, we find this still isn’t enough to hit the 1.5º target that’s needed.”

First on Chatterjee’s list of what’s needed is dietary change, she said in a webinar this month hosted by Environmental Finance.

“So what exactly would be needed? Well the kind of things we need to see are dietary change and the hydrogen economy, circular economy and last resort measures, and some of the technologies that are not yet proven that will have to be developed.”

The agricultural sector, and its investors, seem particularly ill-prepared.

Little work has been done to estimate how food preferences may change in coming years, the forecast states, and the most promising technologies are at early stages with growth beginning from a low base.

“Our forecast therefore projects some significant changes, but not radical change – we expect the share of ruminant meat consumption to decrease gradually to reach 75% of baseline levels in 2050. Put another way, 25% of ruminant meat will be substituted with poultry or other products by 2050.”

Those other products will include “clean-meat technologies,” PRI forecasts, and alternative meat products such as those made by Quorn, Beyond Meats, or Impossible Foods (The climate crisis also creates significant investment opportunities, Chatterjee said).

“Clean meats are beginning to penetrate some developed markets, but at too small a scale to observe a systematic diet change,” according to the forecast. “The meat-substitute market in the US is estimated to be $700 million, while the total food market is $864 billion, of which beef alone represents nearly 10%.”

The next technology become meat substitutes may be lab-grown meat, but the forecast states that, “Lab grown meat is not yet sufficiently advanced to be commercially viable.”

Because of the slow pace of change, the organization recommends policies to encourage dietary change away from animal products, along with a suite of other recommendations, including:

And because these too may not be enough, PRI investigates a number of what it calls “last-resort solutions,” measures that are not expected to be viable before 2050, that are in some cases against current laws, and that come with uncertain impacts and significant risks. Those include carbonizing minerals, increasing ocean alkalinity, fertilizing the ocean, and geoengineering. 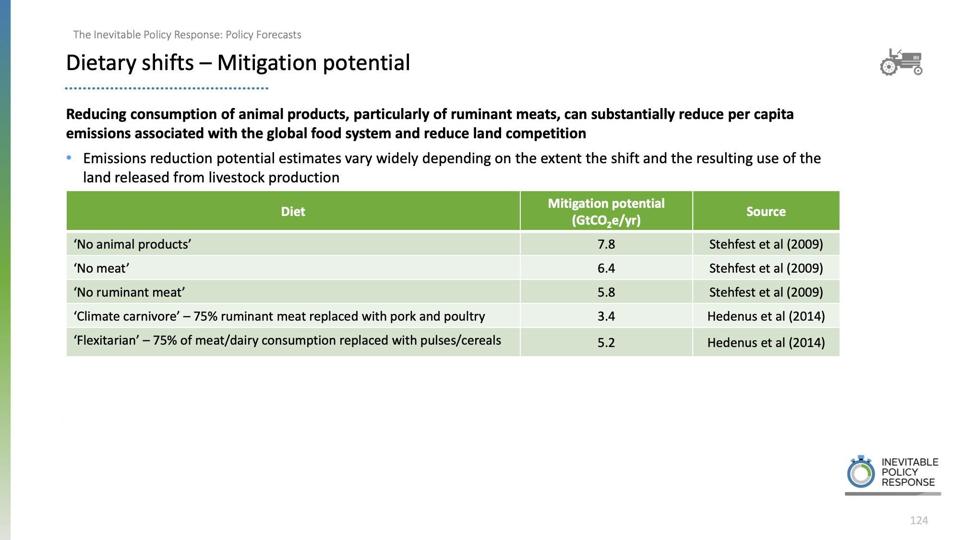 PRI contends that dietary shift will be challenging, but is inevitable.

Why You Should Set A Career Resolution This Year

Meet The Linux Desktop Aiming To Be The...

What To Do If Your Startup Idea Already...

‘Devs’ Review: The Exact Kind Of Weird One...

The Covid-19 Bear Market Moves Into A Consolidation...

Is Your Cybersecurity Workforce Ready To Win Against...