IOC Must Consider Cancelling Or Postponing Tokyo Olympics Due To Coronavirus 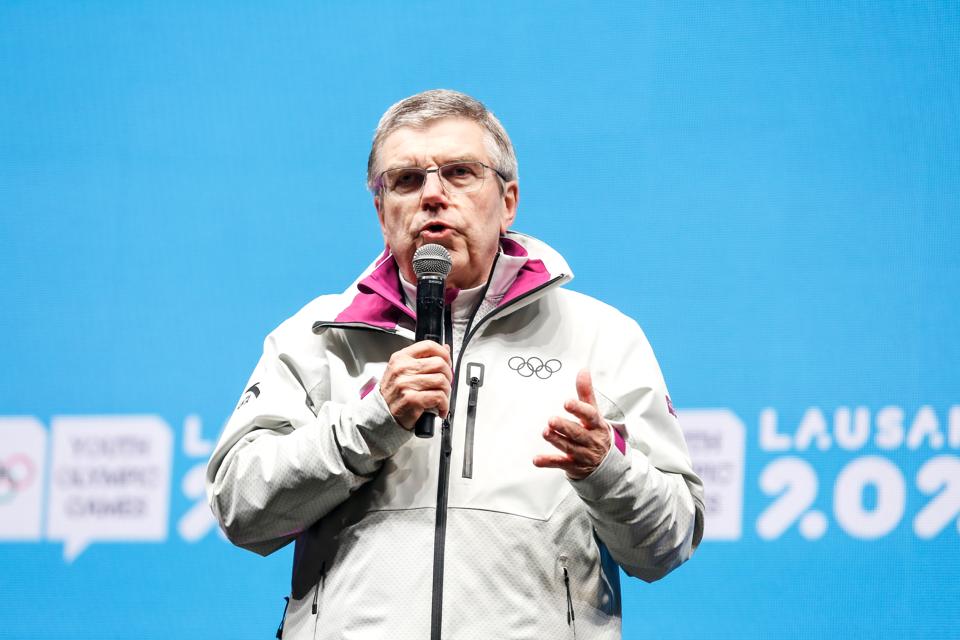 The coronavirus continues to wreck havoc internationally and will almost certainly spread in the U.S., according to federal health officials. At this point, it is imperative for the head of every major organization to start bracing for the worst.

Except for the International Olympic Committee, apparently.

IOC President Thomas Bach told Japanese reporters on a conference call Thursday the IOC “is fully committed to a successful Olympic Games in Tokyo starting July 24″ and refused to take any questions about scheduling alternatives. The hubris is potentially life-threatening.

While we are still five months away from the 2020 Summer Olympics, it would be downright reckless for the IOC to not consider the possibility of delaying, cancelling or relocating the games. There are 178 confirmed coronavirus cases in Japan, making it No. 4 in the world. The lethal virus has infected about 80,000 people globally and killed nearly 2,800, with the majority of deaths occurring in mainland China.

This week, a Japanese woman tested positive for coronavirus for a second time, the first case in Japan. Prime Minister Shinzo Abe has faced ample criticism for his government’s initial response to the virus, contributing to the state of panic within the country. In a drastic sign of the furor, Abe asked Thursday for all of the country’s schools to close for one month. Unlike neighboring South Korea and other nations, Japan has not experienced a significant decrease in reported infections.

With this alarming information in mind, longtime IOC member Dick Pound told the Associated Press this week the organization may have to consider cancelling or the Tokyo Games. “In and around that time, I’d say folks are going to have to ask: ‘Is this under sufficient control that we can be confident about going to Tokyo or not?’,” he said.

Pound says the IOC is working with a rough three-month window, which means it doesn’t have to make a final decision until late May. But still, it takes a lot of preparation to host the Olympics. There need to be plans for construction, security and supplies. Action cannot be on hold until the end of the three-month window. Even before the official announcement, planning must begin.

And right now, Japanese schools aren’t even expected to be open again until April. The country is currently in damage control.

Unsurprisingly, the rapid spread of the coronavirus is affecting sports throughout the world. In Italy, where there have been 401 reported infections, Serie A will bar fans from attending four matches this weekend. The Europa League round of 32 game between Inter Milan and Ludogorets will also take place Thursday without fans in attendance. The Chinese women’s basketball team has been quarantined and sports leagues throughout Southeast Asia have postponed contests. American basketball players in China, including NBA veteran Lance Stephenson, have also been called back.

At a press conference, Dr. Nancy Messonnier, the director of the National Center for Immunization and Respiratory Diseases, said Americans should anticipate disruptions to their daily lives. At this point, the NHL is the only major American professional sports leagues to issue a statement on the global crisis, saying it is monitoring the outbreak in China while it considers to play there again. The league played preseason games in Chines in 2017 and 2018.

But if Dr. Messonier’s warning becomes reality, it’s possible American sports leagues will have to adjust as well. The coronavirus mortality rate is hovering at around 2% internationally, well above the seasonal flu. A serious situation is unfolding. If necessary, balls and pucks will have to wait.

The IOC may not want to consider questions about cancelling or postponing the Summer Olympics, but the possibility must be considered. According to the Washington Post, Bach “refused to discuss any alternatives like postponing, moving or canceling the Games.”

The Olympic torch relay is slated to begin in Japan March 26, and though it may be downsized, the IOC says there are no plans to cancel.

The IOC often operates like an organization that considers itself above the law and not beholden to higher powers. But this is potentially far more serious than even rife corruption and forcing host nations to treat committee members like royalty. The coronavirus is a global threat, and though the Tokyo Games are still five months away, reinforcement plans must be discussed. While alternatives are unappealing, nothing is worse than jeopardizing the health and well-being of Olympic athletes and participants.

In this case, ignorance isn’t bliss.

Forget The Politics: Here’s What The Democrats’ COVID-19/Coronavirus...

How To Watch Or Live Stream UFC on...

To Satisfy Skyrocketing Demand For Wet Wipes Amid...

Ask Ethan: Can Black Holes Ever Spit Anything...