Breaking
Everything You Need to Know About Corporate Social...
Is Adaptive Leadership the Key to Motivating Employees?
Why business events are set to return with...
Business events set to return with a bang!
Expanding Internationally: 5 Things to Consider for eCommerce...
How the Machine Shop Is Going Digital in...
Sustainable Food Packaging Is Helping the Hospitality Sector...
Top 5 Investment Practices To Make More Money...
Managing IT Requirements for SMEs: 5 Aspects that...
How To Build a Successful Luxury Brand In...
Finding The Best Google AdWords Consultant for Your...
8 Top Tips To Help Your Agricultural Business...
Three Reasons Why Office Décor and Design Are...
Looking To Improve Efficiency In Your Business? Here’s...
AI and machine learning for business
How Social Media Changed the World
Home Technology iOS 13.3.1 Public Beta 2 Is Back After A Long Hiatus
Technology 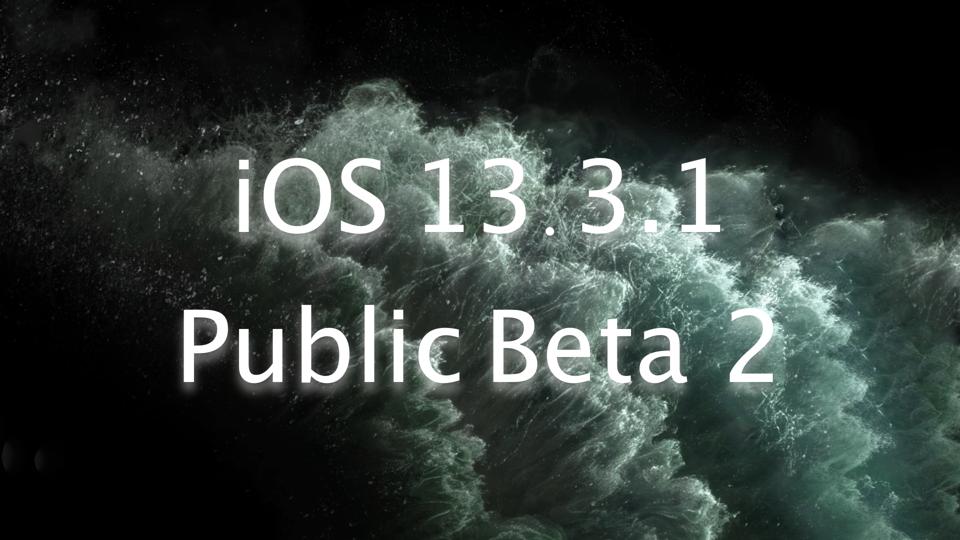 Before the holiday break, Apple had a good, if not somewhat breakneck, beta release schedule going. Every other week, Public Beta participants were getting a new release. This was, of course, too good to last.

It’s been nearly a month since the last beta release, but today the drought ends with the release of iOS 13.3.1 Public Beta 2.

What’s changed since iOS 13.3.1 Public Beta 1? Not much at all. In fact, if you check the official release notes, you’ll get a big helping of nothing for your effort. But there is one thing that we do know.

iOS 13.3 introduced a new Communication Limits setting for Screen Time. It limits when and who your Screen Time monitored accounts can contact. Except for one minor problem, it ignores numbers that aren’t in your iCloud contacts list. So, by texting a new number to someone’s iPhone, then using the Messages app to add them to your contacts, you can call or message them without limits.

iOS 13.3.1 plugs that gap so that things are locked down as expected.

Other than the known Communication Limits fix, there’s nothing that Apple is officially addressing in iOS 13.3.1. However, that doesn’t mean things aren’t broken.

Since iOS 13.3 hit public release, there have been a number of bugs posted to social media, especially for non-English users. Translation and non-English languages have always been a bit of a blind spot in Apple’s programming, so it’s not surprising. But it means there’s an opportunity there for extra bug-catching.

If you speak more than one language, flip your iPhone’s interface to something other than English. You may be surprised by what you can find and report to Apple via the Feedback app.

Point releases are usually so minor that they don’t even get beta tested, just pushed out to the public to fix some bug that crosses the threshold to “major inconvenience” or “security risk.” The fact that they’re running iOS 13.3.1 through a beta cycle means that they want to make sure they get this right.

That said, with the long holiday break behind us, I wouldn’t expect iOS 13.3.1 to stay in beta for too much longer. The Communication Limits bug has been in the wild for over a month now and getting it fixed has to be a priority for Apple.

Expect a public release before the end of the month. Then, maybe, we can move on to iOS 13.4!