Breaking
ESG Metrics: A Path Forward For Companies
‘Moriarty The Patriot’ Makes A Hero Of Holme’s...
Mind The 99 Year Gap: How To More...
The WFH Revolution: How Covid-19 Is Changing The...
eToro Announces Staking For Cardano And Tron
Fintech Startups: Plan For Your Customers’ Emotional Realities
The End Of Third-Party Data — Finally
The Scientologist Billionaire Trying To Make A New...
Mission-Driven Fintech Kontist Shakes Up The Future Of...
What Can The Simple Fact That ‘We Exist’...
Stock Market: Here Comes October With Scary Tricks...
Farmers, College Students, And Food Banks Across The...
Thinking Of Writing A Book To Grow Your...
Microsoft Security Report Highlights New Sophisticated Threats From...
3 Steps To Help You Build Entrepreneurial Confidence
SMB Fintech Darling Kabbage To Be Acquired By...
Home Technology IOS 13.4 Public Beta 2 Wants To Make Sure It Gets Mail Right
Technology

IOS 13.4 Public Beta 2 Wants To Make Sure It Gets Mail Right 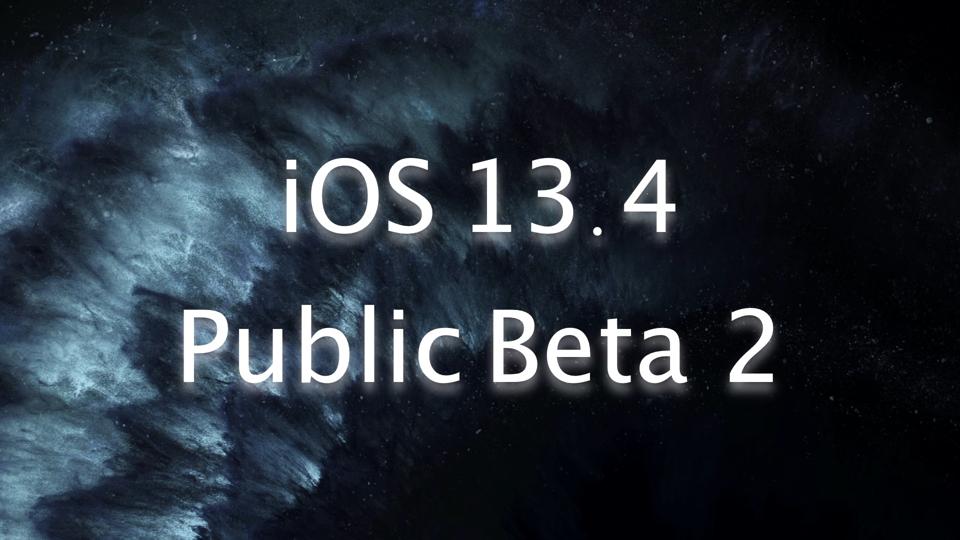 There’s a brand new release this week for all you Public Beta Program participants! iOS 13.4 Public Beta 2 has dropped and with it has come a handful of minor tweaks to one of Apple’s most ubiquitous programs.

Remember what was new last week? Well, that’s what’s new again this week. There hasn’t been any other hints about what CarKey could bring. Nor has there been any hints about when we’ll be seeing AirTags finally launch. Chances are we’ll see both take the stage during Tim Cook’s keynote at next month’s Apple event.

The only notable new “feature” this week isn’t really a feature at all but a tweak to a tweak. Last week saw the message toolbar at the bottom of Mail messages get shuffled around so that it wasn’t quite so easy to accidentally archive a message when you were trying to reply. Now that’s been refined a bit more so that the Flag icon has been banished from the toolbar and replaced with the Reply arrow. It’s a minor thing, but if you’re a heavy Mail user, you’ll want to check that muscle memory at the door.

Other new features in iOS 13.4 from last week include:

The other change that you might not realize, but that’s going to make your life considerably easier, is that developers can now list apps as a multi-OS package in the App Store. No more having to get the same app in different environments. Now, when you purchase an app, you’ll be able to get all platform versions that are available. It’s a small thing, but a very nice quality of life improvement.

Of course, the flip side of there being new features is that there are new bugs. Thankfully, the official iOS 13.4 release notes are much more forthcoming than anything we’ve gotten in a long time.

And that’s it! The list is shorter this week, but that doesn’t mean that’s all the issues with this release. Make sure you keep an eye out for anything weird and use the Feedback app to report bugs!

In addition to the hardware keyboard layouts for iPadOS fix, there was one more fix this week for last week’s Siri in CarPlay bug. I might have encountered this? But it might have also been Siri being its regular Siri self. Hard to tell.

At any rate, feel free once again to curse at Siri again for failing to recognize people and places you’ve saved to your Contacts and Maps.

iOS 13.4 is definitely laying the groundwork for future announcements. What those announcements will be is anyone’s guess. With the March event announcement only days away, and the rumor of new iPhones coming with it, everyone is looking to iOS 13.4 to give some clue, any clue of what we might see.

If you’d like to get started with the Public Beta Program, head to the Apple site (beta.apple.com), using the iPhone you want to enroll, register it, then download the beta profile. After that, you’ll just need to go to Settings > General > Software Update to download the latest available beta profile.

Download the latest, kick the tires, and I’ll see you back here in a week!