Breaking
Florida Supreme Court Tells The American Bar Association...
How to Write Perfect Paid Social Media Marketing...
How To Boost Productivity In Your Small IT...
How Restaurants Can Design a More Sustainable Food...
Expenses That Small Business Owners Need to Be...
How You Can Make Saying Goodbye To The...
Biden To Meet Royal Family At Cornwall’s Eden...
It’s Going To Be Emotional — Going International...
Peer Mentoring For Students: STEM & Buds
7 PR Trends in 2021: The Story So...
Google Plans Radical New Google Pixel Smartphone Upgrade
Where Did COVID Come From?
Ride To Growth With A Business Vehicle
C3.ai’s Tom Siebel: How To Scale AI
Moz Acquired by iContact Marketing Corp
10 Examples of Brands Using TikTok Stitch and...
Home Technology iOS 14.2 Public Beta 3 Is A Problem For Beta Testers Buying The iPhone 12
Technology

iOS 14.2 Public Beta 3 Is A Problem For Beta Testers Buying The iPhone 12 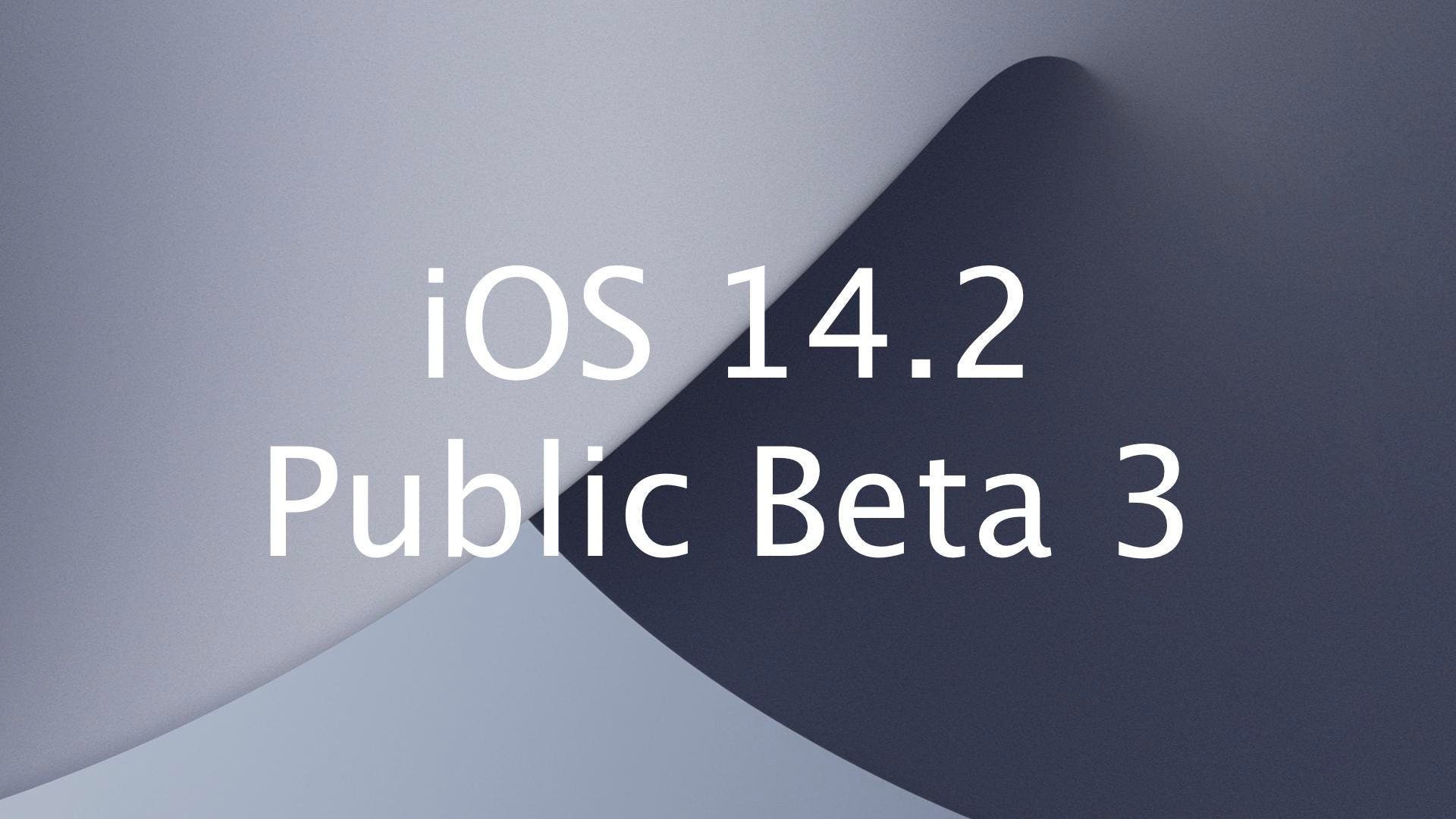 iOS 14.2 Public Beta 3 has arrived! While I expected it to be released this week to coincide with the Apple keynote and next week’s iPhone release, Apple had other plans. And, unfortunately, those plans are a big issue for many beta testers.

Restore From Backup No More

If you’re planning on pre-ordering an iPhone 12 or iPhone 12 Pro this Friday first, good on ya—go get pre-approved, second, you’d better hope you have a very old backup stored somewhere in iCloud (or on your Mac).

Instead of releasing iOS 14.2 to the public to support the new hardware, Apple is using the previously skipped iOS 14.1 to support the release. It’s a clever fix for keeping developers from leaking new hardware and software announcements (as has happened in the past). However, it’s a problem for anyone that wants to upgrade to an iPhone 12 and use their iOS 14.2 iCloud backup.

Generally, iOS betas don’t support new hardware on day one of the launch. The way around this is usually to remove your beta profile (under Settings > General) right before a public release, then grab the public release once it’s live. Except the device you’re currently using to test iOS 14.2 already has a higher release than iOS 14.1, so it won’t downgrade itself to next week’s release.

So What Do You Do?

If you have an old pre-iOS 14.2 backup, and you don’t mind losing a few weeks of information on your iPhone, you can punt back to iOS 14 or iOS 14.01. If you don’t, you have two options: setup your iPhone 12 manually or wait.

The draw to unbox and start using new hardware the day you get it is strong. But having manually set up an iPhone in recent memory, I can authoritatively say that I never want to do that again. There are too many programs to remember, too many passwords to sync, too much customization to redo (especially with iOS 14).

The better option is to wait. Usually, Apple will release beta profiles for new hardware 2-3 days after it’s launched. Then all you have to do is enroll your new iPhone 12 or iPhone 12 Pro in the Public Beta Program. Once the latest build of iOS 14.2 is installed, you’ll be free to use your latest backup.

So, ultimately, it’s just a case of delayed gratification. But for everyone slavering at the thought of pulling off that shrink wrap next Friday and immediately starting to use their shiny new iPhone, it’s a bucket of cold water.

While it’s not mentioned in the official release notes, there is actually a new feature this week!

If you go to Settings > Control Center you’ll see that there’s a new Music Recognition control. This puts Shazam on your Control Center to flip on when you want it to figure out what song is playing.

Operationally, it couldn’t be easier. Click the icon. If music is playing, Shazam will do its best to identify the song, then it will show you a notification with the results at the top of the screen. Clicking the notification takes you to the results page on the Shazam website.

I don’t know that I’ll ever actually use it but its neat to finally see this in action.

Other than a couple of developer fixes, there was nothing public-facing that was broken or needed fixing in iOS 14.2 Public Beta 3.

That doesn’t mean there’s nothing wrong with the release. As always, use the Feedback app to report any bugs you find.

iOS 14.1 throws a big wrench into the Public Beta cycle. With its release next week, it’s likely that iOS 14.2 will hang around for at least one more week. That release will likely add in all the iPhone 12-specific wallpapers and hardware support that iOS 14.2 Public Beta 3 currently lacks. So, briefly, iOS 14.1 will have newer stuff than the Public Beta. I don’t think that’s ever happened.

Whether or not iOS 14.2 will be the release that supports iPhone 12 Mini and iPhone 12 Pro Max remains to be seen. Since there’s so little actually going on in iOS 14.2, I can’t imagine the beta being stretched for a whole other month. What’s more likely is that iOS 14.2 will wrap up at the end of October and the iOS 14.3 Public Beta will start at the beginning of November.

However, if you’re waiting for an iPhone Mini or an iPhone 12 Pro Max, you’ll want to make sure you save a backup of iOS 14.2 somewhere, lest you run into the same scenario.