Breaking
What You Need To Know About Your Startup...
Governor Signs Landmark Student Loan Borrower Protection Bill...
Reddit Co-Founder Alexis Ohanian Plans $150 Million Investment...
This Week In XR: Enterprise Adoption And Financing...
The Disadvantages Of Aging In Place
How Advances In Customer Service Can Take Telehealth...
5 Reasons Why Your Startup Needs To Be...
Beyond-Professional: What Is The New Workplace Normal?
After 75% Rally, Johnson Controls Stock Looks Fully...
The Future Is Now: This Start-Up Offers Carbon-Free...
Eight Boxes To Check If You Want To...
Where Have All The Entrepreneurs Gone? A Conversation...
Seven Lessons On Raising Funds During A Seed...
Nintendo Just Stealth Released ‘Kirby Fighters 2’ For...
Will Christmas Come Early For Retailers This Year?
Two New Bills In Congress Offer Clarity For...
Home Technology iOS 14 Public Beta 4 Brings A New TV Widget
Technology 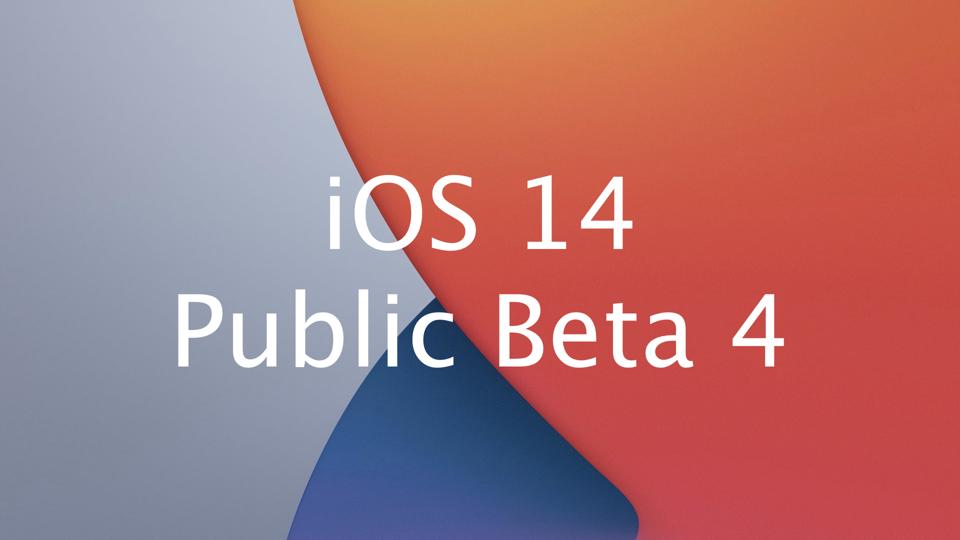 iOS Public Beta 4 is now available for download! And if you’re like most Public Beta Program participants, you’re more than ready for the new version.

By now, the novelty of using a brand new operating system has worn off and you start noticing all the little imperfections and incomplete features. It’s like a blind date: you Googled them beforehand and found out everything you could. Public Beta 2 was the first date and you were blown away by how much better they were in real life. Public Beta 3 was the second date and you were still excited, but you started to notice little foibles that could be endearing or could break the relationship (lining up their fries in a geometric pattern before eating them—who does that?).

To drop the tortured analogy, I’ve noticed plenty of odd behaviors, especially when it comes to widgets. I’ve replaced my entire home screen with widgets (relying on the App Library to open whatever apps I need) and there’s considerable performance lag. Some of the control center widgets don’t reflect anything even approaching reality (like why does the clock think it’s 9:04 PM ET when it’s really 7:54 AM?)

The point is, I expect these things to be broken (and have reported them dutifully using the Feedback tool). But with every new beta comes the chance that these annoyances have been fixed.

So let’s see what we’ve got this week!

These past two weeks, I saw a lot more buggy behavior. Overall, Public Beta 3 was less stable than Public Beta 2. Apps wouldn’t launch, or they’d crash as soon as they did. Widgets didn’t cooperate. For a little while, my Quick Search function disappeared completely.

If any of this happens to you, don’t panic! It’s actually expected behavior. Usually a reboot will get things working again. Or maybe uninstalling and reinstalling the app will do the trick. The key is to be inquisitive and work the problem. This isn’t finished production software after all. A little headache isn’t just unsurprising, it’s expected.

If you’re OK with living with frustration for a while, backup your device to your computer (yes, you really need to do this, otherwise there’s no way to restore your phone if it gets bricked). Once that’s done, let’s dive into the official release notes.

These are the bugs that Apple are currently reporting and working on. That doesn’t mean it’s all of the bugs! As a Public Beta Program participant, you’ve got to find and report them using the Feedback app.

Quite a few things have been fixed by Cupertino since Public Beta 3. Widgets is still garnering an extremely large amount of attention, but that’s to be expected given how important the feature is to the release.

As we get deeper into the first iOS 14 beta, expect there to be less and less new features and more of a focus on fixing bugs in the features we’ve already seen. To that end, there wasn’t much new this week. The Weather app has some new iconography and the Music app continues to gather refinements.

The only truly new thing this week is the TV app widget. In its current version, the TV app is a really useful aggregator of all your streaming services on your device. It’s nice to be able to drop it front-and-center on your home screen so you can quickly get back to what you were watching.

Despite the stability issues I saw in Public Beta 3, I’ve been very impressed with iOS 14’s overall utility. There isn’t anything that’s flat out broken (as there have been in some first-round iOS betas). Even Widgets, that’ve been an absolute mess, are still functional enough that I’ve replaced my entire home screen with widgets.

In fact, the most fun I’m having in iOS 14 is seeing how far I can push not curating my screens at all. I have the four home bar apps that I always need, and two rows of apps chosen by the Siri Suggestion widget. The rest of my apps are shoved into my library. iOS 14 does a really stellar job of making the apps I need available to me based on time of day and overall usage. There’s only been a few occasions where I had to hunt for something I needed. Even then, it only took entering a few letters before I found my app.

iOS 14 still isn’t for everyone, though. If you’re the type that gets frustrated easily by inconsistent behavior or don’t have the patience to diagnose and work through issues with your apps, then you’ll want to wait till later in the beta cycle. You may want to skip this cycle entirely and jump on to iOS 14.1.

We’ve settled into a pattern now, where the Public Beta is release every two weeks, a day or so after the developer release. Whether or not that will change now that Apple is running two public betas (iOS 14 and macOS Big Sur) is still left to be seen. There’s also the question of the still MIA watchOS 7 beta. Hopefully we’ll see that sometime in the next 14 days.

In the meantime, go to Settings > General > Software Update and get downloading! I’ll see you for the next public beta release.