Breaking
Can You Settle Your Student Loans Or Negotiate...
How to Use Amazon Attribution For Ad Campaigns
How To Quickly Start And Scale Your Business
Terra Virtua: What NFTs Can Teach Us About...
5 Easy Steps To Prepare Content For E-A-T...
Physical Inactivity Linked To More Severe Covid-19 Infection...
The 2021 Estimated Tax Dilemma: What Tax-Return Pros...
Want To Digitally Transform Your Business? Start With...
How to Optimize Google My Business and Leverage...
Debunking Link Building Myths in 2021
How, When And Where You Can Gaze At...
SBA Opens $16.2 Billion Shuttered Venue Operators Grants...
What are the Essential Features of a Small...
Trends In Executive Recruiting That Will Help You...
The Growing Case For Banning Pesticides Linked To...
The Reopening High – But Long-Term Issues Cloud
Home Technology iPad Pro, OnePlus Delay “Nightmare” As Apple & Repair Shops Battle Coronavirus
Technology 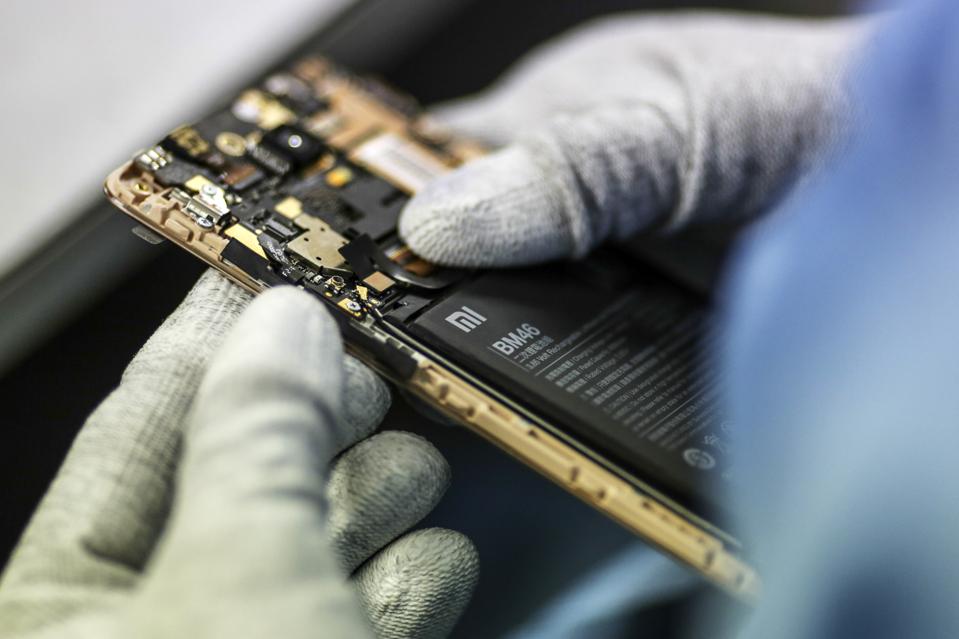 A technician repairs a smartphone at a Xiaomi corp. service center run by the company in Bengaluru, … [+] India, on Thursday, March 30, 2017. Once compared with Apple Inc. for its sleek smartphones and charismatic leadership, Chinese startup Xiaomi is seeking an image makeover as it tries to recover from a sales-growth slide. Photographer: Dhiraj Singh/Bloomberg

Update: 03/18: Apple has announced that all existing repairs will be ready for collection once stores re-open, which at the moment is “until further notice”. Previously stores had been scheduled to re-open on or after March 27th.

All refunds for recently purchased products will be eligible for return for 14 days after stores re-open. For those who were fast enough, completed repairs were available for pickup earlier this week on March 15th and 16th. It appears all repair collections and Genius Bar appointments will be resumed after stores open.

Sheikh’s situation is not uncommon. Smartphone repair shops across London – that I’ve spoken with – have all reported major delays for repair parts from third party suppliers in China, which they believe is related to the COVID-19 outbreak.

Last month the Chinese government instituted major travel restrictions, quarantines and other measures to tackle the outbreak. Whilst some of those restrictions have lifted – and businesses go back to work – the knock-on effects can be felt across the world. Major reseller markets in Shenzhen and Guangzhou, that were either closed or operated at a limited capacity, has meant delays on parts and units for repair shops, which rely on cheap replacement tech . 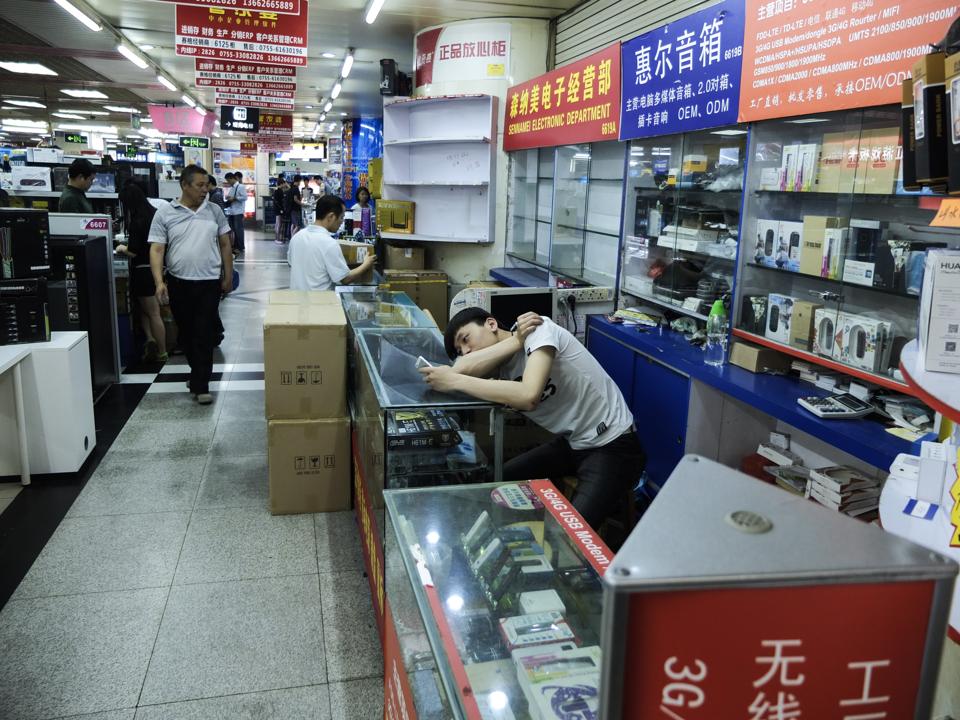 “Supply chains are completely destroyed” says Ricky Panesar, founder and CEO of iCorrect, a phone repair shop in Central London. “Some companies are really struggling and some smaller companies are going out of business. Particularly the aftermarket companies at the lower end”.

Aftermarket refers to unofficial replacement displays, which are cheaper than official units from OEMs but also vary in quality.  Panesar uses a mixture of aftermarket and official parts depending on the client (corporate or retail), but both types of displays are put through rigorous testing he explains. Whilst getting parts is slow, Panesar told me that iCorrect is temporarily insulated from the supply chain issues because it stocked up before Chinese new year.

But even with some good forward planning wait times are increasing. “I have a contact in a factory in Hubei, China, which was shut down just before Chinese new year”. A representative for iPhone Clinic, who only identified himself as Aldrige, explained. “There are delays on parts for all phones – every device and company. Previously it would take three or four days to get a part, now it takes 15”. He continued.

The situation for OnePlus replacement screens is particularly bad according to Sheikh. “I can’t get Oneplus components for newer phones and I can’t get parts. I’m seeing 80-90 days shipping times for Oneplus 7 Pro screens. I reached out to Oneplus and got not a jiffy out of them”. Sheikh went on to say that it’s the same with Samsung displays, which are taking up to two weeks to arrive.

OnePlus refused to comment on a previous COVID-19 story about supply chain issues, but I’ve reached out again and will update this story if I get a more substantial response.

All of this is having a serious effect on business. Prices of repair parts are going up from factories and resellers because of limited availability according to the store owners I’ve spoken with. Business may be slowing down, too, because fewer people aren’t out and about breaking their phones “at the pub” as they self quarantine according to John Mertens of Fix My Phone.

As repair shops try to get to grips with supply issues, the sometimes months’ long wait for parts is forcing some business owners to pivot to other opportunities. Sheikh claimed that other repair store owners he speaks with in a WhatsApp group are pivoting to the food industry instead. Whereas others are importing face masks and antibacterial hand gel en masse to capitalise on the fear around the outbreak. This, he says, is a result of being entirely dependent on parts from China and repair shops operating on ultra fine margins.

There may be more bad news down the line as new products are released. Apple has two major launches this year. The first was likely supposed to be this month for the iPhone SE2, the event for which Cult of Mac reports has been cancelled (it was never formally announced but Apple typically holds an event at this time of year) because of fears around public gatherings and production delays. 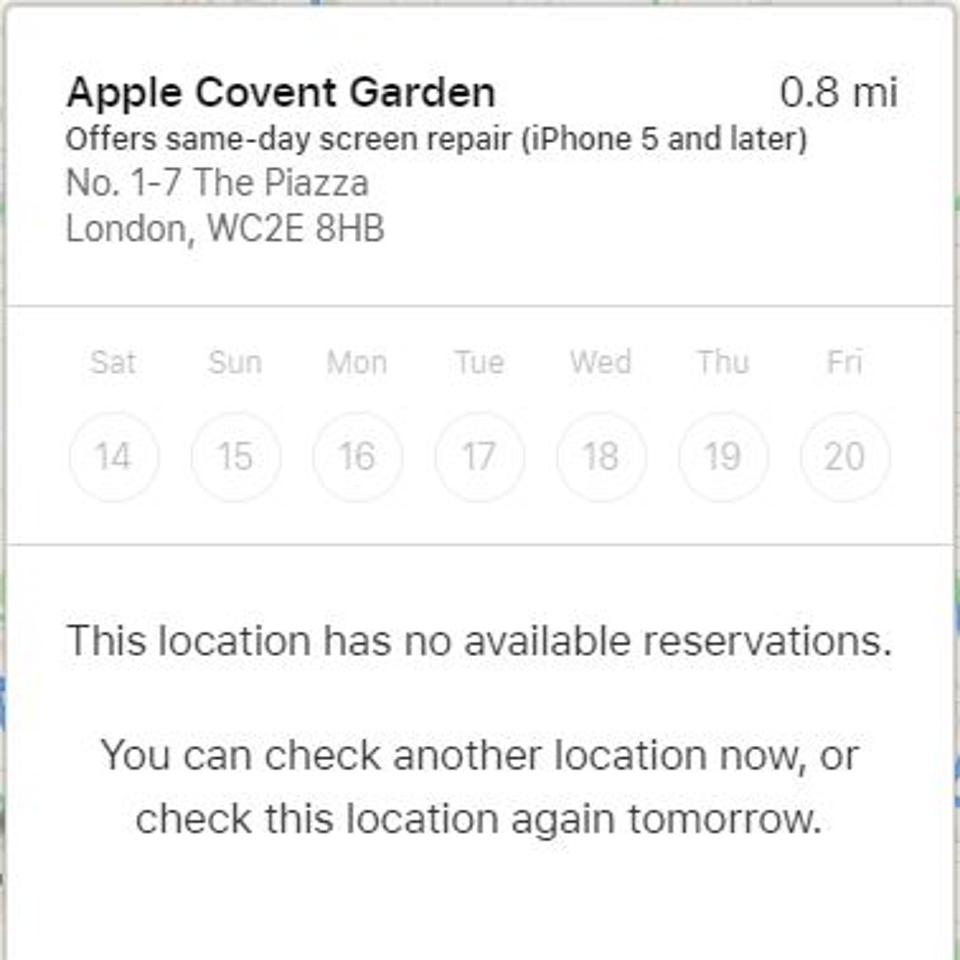 There are no repair slots available at any of Apple’s recently closed stores.

The other major launch is the iPhone 12, which also may face setbacks. Bloomberg reported that Bank of America – speaking with an expert on the company’s supply chain – has claimed that Apple’s 5G iPhone and its iPhone SE2 could be delayed by “months” because of the temporary shut down of factories in China. It also announced this morning that it is closing down all stores outside of China for two weeks, which means no Apple store repairs.

For Panesar, who stockpiled before the outbreak, the delays and Apple Store closures is good news. “ Where they’re not able to support, we are”. He continued, “I also see a delay on release of the new iPhone 9/SE2 and iPhone 12 later this year as a positive for the repair market. This keeps older devices in circulation for longer which in turn means users opt to repair their device rather than upgrade”.