Breaking
The End Of Third-Party Data — Finally
The Scientologist Billionaire Trying To Make A New...
Mission-Driven Fintech Kontist Shakes Up The Future Of...
What Can The Simple Fact That ‘We Exist’...
Stock Market: Here Comes October With Scary Tricks...
Farmers, College Students, And Food Banks Across The...
Thinking Of Writing A Book To Grow Your...
Microsoft Security Report Highlights New Sophisticated Threats From...
3 Steps To Help You Build Entrepreneurial Confidence
SMB Fintech Darling Kabbage To Be Acquired By...
Silicon Valley’s Next Target: The One-Person Business
The Small Business Code Of Ethics
President’s Remarks About COVID-19 At First Debate True...
FIFA 21 Gameplay: Liverpool Vs. Manchester United
Digital Strategy Consulting
Everything You Need To Know About EMI Option...
Home Technology iPhone Maker Foxconn Refocuses On China As Coronavirus Continues Its Global Spread
Technology 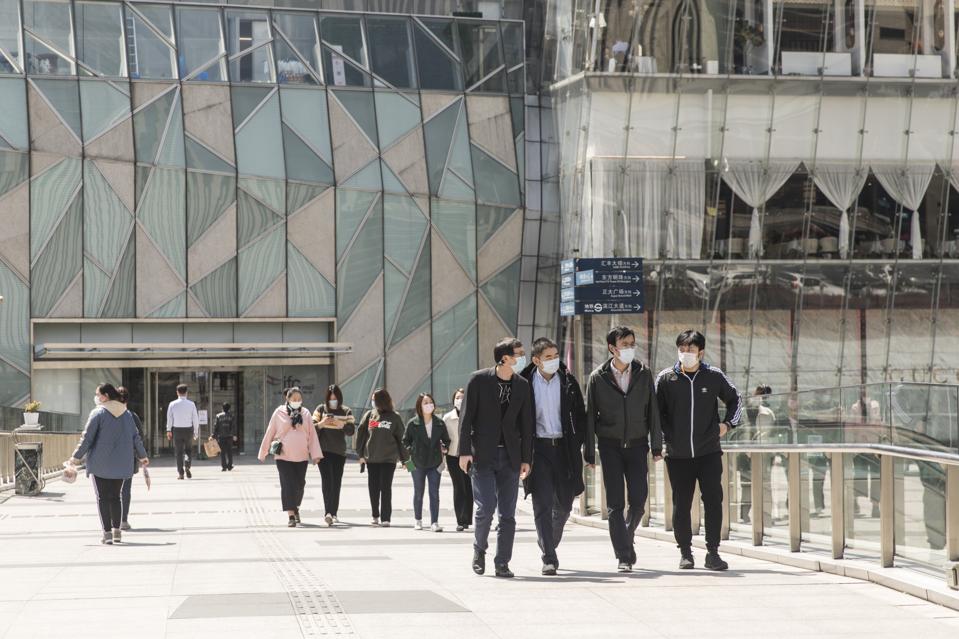 Office workers wearing protective masks walk through the Lujiazui Financial District in Shanghai, … [+] China, on Friday, March 20, 2020. Most of China is now considered low risk and should return to normal work and life, Premier Li Keqiang said at a government meeting on the coronavirus, which is spreading rapidly in Europe, the U.S. and elsewhere.

For years, Foxconn Technology Group has been spreading out factory work and R&D away from China. It picked India, Vietnam and the U.S. state of Wisconsin, for example. The world’s largest contract assembler of electronics, including iPhones, still does most of its manufacturing in China, but it keeps meeting higher costs and labor unrest.

Now, the company says its China plants can meet seasonal demand after finding enough workers since the country shed the worst of its coronavirus outbreak in February and early March. Demand could surface in China, too, as companies there start placing orders again for domestic consumers who can go outside now after a dismal February.

Demand is expected to slump, however, in Western countries, where COVID-19 containment measures have closed companies and sparked job losses. China reports just a trickle of new cases every day, barely changing its total of about 81,500.

“Foxconn will still keep China as their manufacturing base and focus on the domestic market for their consumer-facing business, whether it be brand or channel,” says John Brebeck, senior adviser at the Quantum International business consultancy in Taipei.

The Taiwanese company that was founded and run until last year by billionaire Terry Gou does about half its assembly in China. It’s best known for making iPhones for Apple, along with handsets and PCs by other major brands. A Foxconn factory compound in the southern Chinese city of Shenzhen has been compared to a mini city.

Production sputtered in February when Chinese officials ordered hundreds of millions of people to stay put and avoid spreading the virus that was discovered in the central Chinese city of Wuhan before the start of 2020.

It was part of a bigger resurgence in China. “After China saw a stabilization in the spread of the pandemic, [contractor] aggressively pursued labor and materials, while ramping up their capacity utilization rate to 70% within one month,” Taipei-based market research firm TrendForce said in an email to reporters on March 30. A month ago, iPhone contractors were facing supply shortages because of closures in China.

People around China began emerging from their homes, making a beeline to their jobs. The mass return to work allowed Chinese clients to place orders as before with Foxconn. China-based smartphone giants Xiaomi and Huawei, for example, outsource to Taiwanese manufacturers, says Eddie Han, a senior industry analyst with the Taipei-based Market Intelligence & Consulting Institute.

As China eases into a post-coronavirus future, its other manufacturing and end-market hotspots face economic slumps of unknown length.

Foxconn said March 25 it had shuttered an India plant through at least April 14 to comply with a nationwide stay-at-home order. The U.S. state of Wisconsin will fall under a stay-at-home order in April, a possible setback to Foxconn’s scheduled opening of a flat-panel plant in May. Foxconn’s Vietnam factory can still run, but production in the Southeast Asian country overall faces supply chain pinches.

Foxconn will eventually continue expanding outside China, particularly in Southeast Asia, says Pan Chien-kuang, another senior industry analyst with the Market Intelligence & Consulting Institute. Production outside China would avoid tariffs imposed since 2018 by the U.S. government in a protracted trade dispute.

Could Astronauts Use Their Own Urine To Make A Moon Base From ‘Space Concrete?’