Iranian Navy Sinks Own Warship With Missile In Fatal Accident

The warship Kenarak after the missile impact. Rescuers rushed to the scene.

The Iranian Navy has confirmed that 19 people died when an Iranian warship was hit by a missile during a training exercise. 15 more are reported to have been injured. The events took place off the Iranian port of Jask in the Sea of Oman on May 10. Jask is strategically located outside the Straits of Hormuz, and is regularly used by Iranian warships and submarines.

The incident occurred close to the coast near Jask and Chabahar. Rescuers rushed to the scene but the boat’s superstructure was completely destroyed and the hull began to sink.

Training with live missiles is inherently dangerous and accidents can occur in any Navy. The missiles can lock on to the wrong target. Strict procedures and effective command normally mitigate the risks however. So such incidents are rare, and this event stands out in terms of scale and misfortune. In July 2016 a Taiwanese warship accidentally fired an anti-ship missile which homed in on a fishing vessel, killing its captain and injuring the crew.

The sunk warship, Kenarak (A-1403), was a Hendijan-class auxiliary support vessel. She can be armed with 20mm cannon and anti-ship missiles but is used was a general purpose vessel. Her core crew is only 15 people, many fewer than the reported dead and injured. 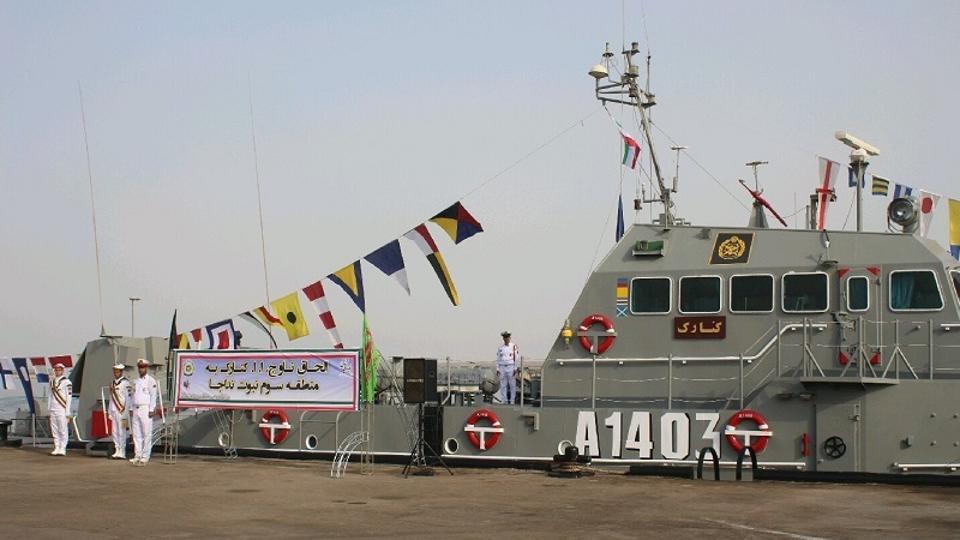 An image, released via Iranian State media, shows Kenarak (A-1403) before the incident. The vessel … [+] is reported to have been sunk.

The missile was reportedly fired from the frigate Jamaran. It has not yet been confirmed which type of weapon was involved. However the 1500 ton warship is armed with C-802 Noor anti-ship missiles. These are an Iranian development of a Chinese weapon, and are broadly equivalent to the U.S. Navy’s Harpoon missile. The frigate, termed a destroyer in Iranian parlance, is also armed with radar guided anti-aircraft missiles which can also be used against ships. These are derived from the U.S. Navy’s legacy Standard SM-1 type. They have a smaller warhead than the Noor missile.

Jamaran is the first Moudge class ship and entered service in 2010. 3 Moudge Class ships have been built and more are under construction. It is not the first accident involving this class of ship however. Her sister-ship Damavand was sunk in a navigation error on January 10 2018.

Iran regularly exercises its forces to attack ships in the Straits of Hormuz as well as the Persian Gulf and Sea of Oman. Jamaran is one of its newer and most capable warships, but there are reports that it is building even larger destroyers, and even large submarines.

No Second Wave In China As Economy Gains More Traction

If Tim Cook Won’t Tell The World How...

Five Features Your Next CRM Needs To Maximize...

Yes, There Are Still Entrepreneurs Aspiring To Be...