Breaking
ESBC Major Updates: Tons Of Heavyweight Greats Added...
How to Run Nonprofit Marketing Ads
Entrepreneurs Are Bringing Transparency To Home Buying And...
Best Incentive To Get Vaccinated: Money, Messaging, Or...
Page Level Query Analysis at Scale with Google...
How A CIO Can Align IT With Business...
Blogger of the Month: Jo, Girl Eats World
6 Things Women In Business Know That Men...
How to Use First-Party Data for Ad Personalization
Pressing Reset—Putting A Fallen Unicorn Back On Its...
How We Went Viral: Promoting Content with Influencers,...
Blame Olympic Record Price Tag For Return To...
Apple iOS 14.5 Release: Should You Upgrade?
How to Come up with Podcast Topics and...
Why Gaming Gear Company Razer Launched A $50...
Technical SEO Implementations to Increase the Impact of...
Home Finance IRS Has Unclaimed Tax Refunds Worth More Than $1.5 Billion
Finance

IRS Has Unclaimed Tax Refunds Worth More Than $1.5 Billion 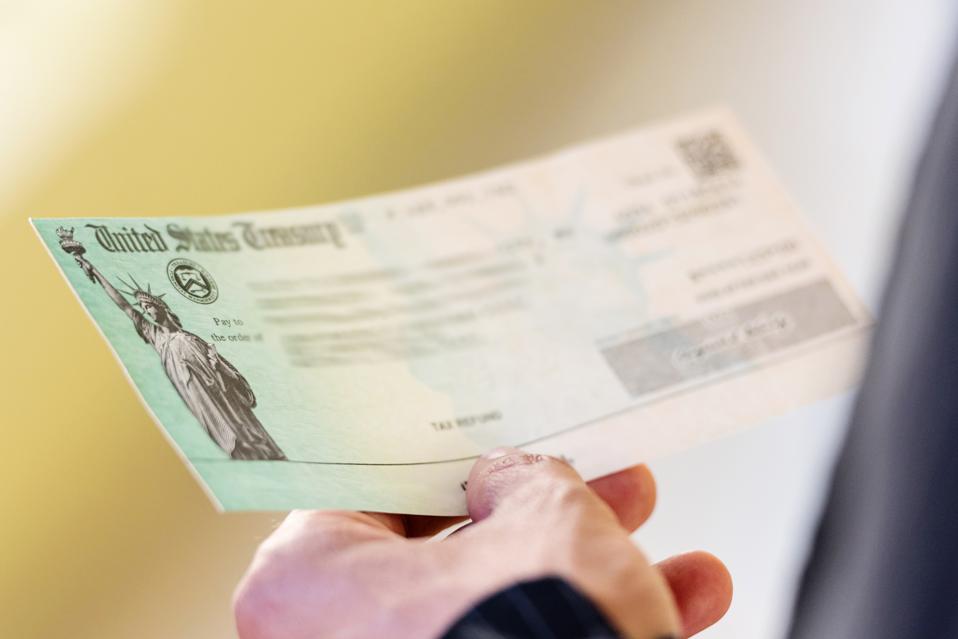 The Internal Revenue Service (IRS) may have your money. The tax agency has announced that more than $1.5 billion in outstanding refunds remain unclaimed from 2016. Yes, billion. That represents well over one million taxpayers who might have qualified for a refund but did not file a federal income tax return for 2016.

If you are due a refund, you must file a federal income tax return to get your money. You typically have a three-year window following the return due date to claim your tax refund. To claim your refund for the 2016 tax year, your return must be postmarked on or before Tax Day, July 15, 2020.

(Earlier this season, the IRS had indicated that returns needed to be postmarked by the original Tax Day, April 15, 2020, but that is no longer the case.)

Remember that you’ll need your forms W-2, 1098, 1099 or 5498 from 2016 to file your return. If you don’t have your old tax forms, you can request copies from your employer, bank or other payer; you can also order a free wage and income transcript by using the Get Transcript Online tool on the IRS website (you’ll find more on how to use it here).

“The IRS wants to help taxpayers who are owed refunds but haven’t filed their 2016 tax returns yet,” said IRS Commissioner Chuck Rettig. “Time is quickly running out for these taxpayers. There’s only a three-year window to claim these refunds, and the window closes on July 15. To claim the refund, a return for tax year 2016 must be filed by July 15, 2020.”

Of course, if you owe the feds money for student loans or back taxes, for example, or if your refund is otherwise earmarked for seizure, such as for child support obligations, any tax refund will be offset by the amounts owed. Additionally, if you are not compliant or if you have not filed tax returns for 2017 and 2018, the IRS may hold your tax refund.

If you don’t file for your refund within the proper time frame, you lose your right to claim it: It becomes the property of the U.S. Treasury.

How much is at stake? The IRS estimates the midpoint for the potential refunds for 2016 to be $861; half of the refunds are more than $861 and half are less. Those refund amounts could be even more than the estimates since they do not include the Earned Income Tax Credit (EITC).

(That’s why you’ll see the * in the charts below – those potential refund amounts don’t include the EITC.)

Why might you be due a refund? Maybe you had too much withholding from your wages or made too much in quarterly payments. You might have also been eligible for the EITC. Even though you were due a refund, you might not have filed because you had too little income to require filing a tax return, and you thought it wouldn’t make a difference. But that’s not always the case. Remember, you can’t receive the benefit of refundable credits—or other tax breaks which might result in a refund–unless you file. And, there is no penalty for failing to file when you are due a penalty.

Who is owed the most money? By the numbers, the top ten states by outstanding number of refunds are: 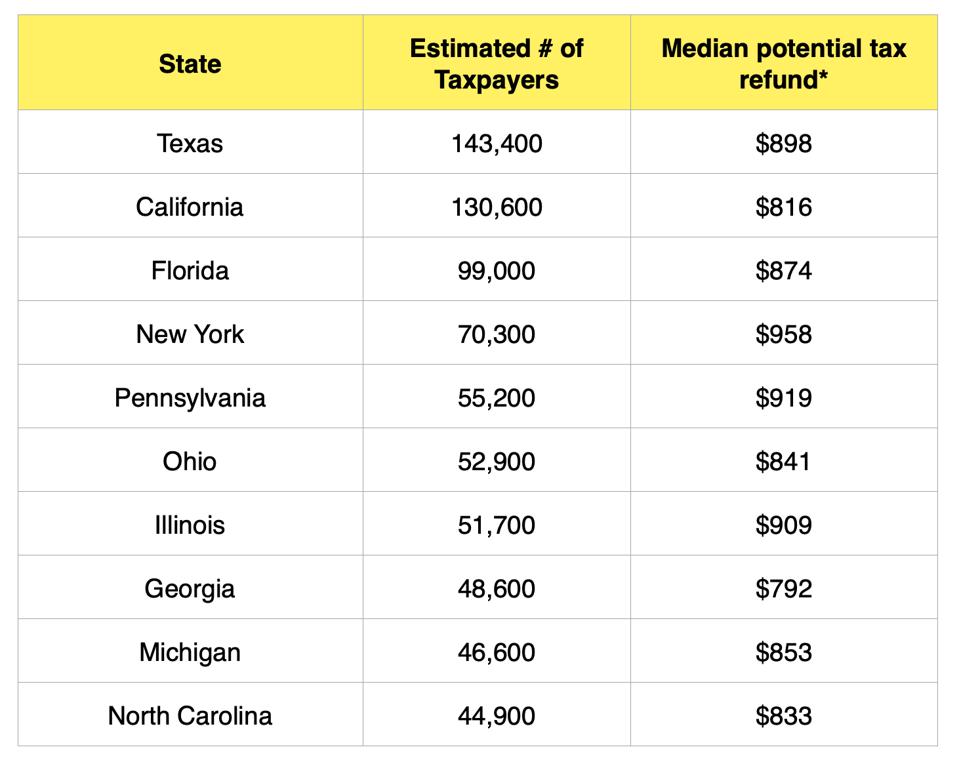 By dollars, the top ten states by estimated median refunds are: 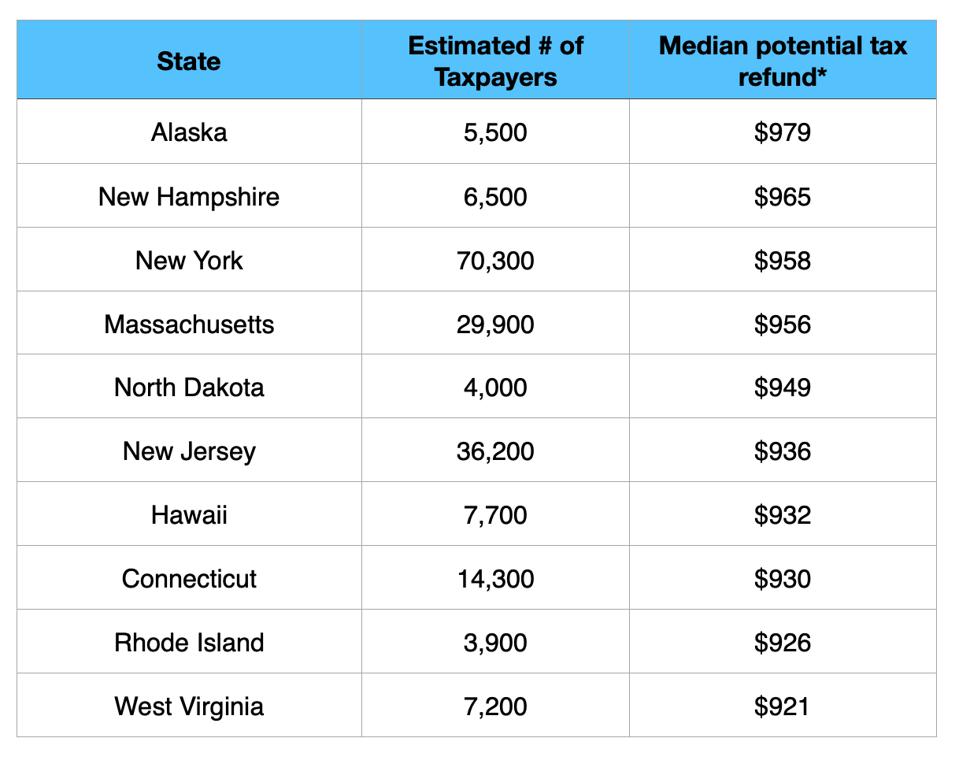 To see where your state ranks, check out this chart:

‘We Can’t Let Our Guard Down’: Here’s How To Celebrate July 4th Safely