Breaking
Best Incentive To Get Vaccinated: Money, Messaging, Or...
Page Level Query Analysis at Scale with Google...
How A CIO Can Align IT With Business...
Blogger of the Month: Jo, Girl Eats World
6 Things Women In Business Know That Men...
How to Use First-Party Data for Ad Personalization
Pressing Reset—Putting A Fallen Unicorn Back On Its...
How We Went Viral: Promoting Content with Influencers,...
Blame Olympic Record Price Tag For Return To...
Apple iOS 14.5 Release: Should You Upgrade?
Why Gaming Gear Company Razer Launched A $50...
Technical SEO Implementations to Increase the Impact of...
30 Brilliant Ways to Market Your Eco-Friendly Shopify...
15 Tech Industry Leaders Share Overused (And Misused)...
How to Use Amazon Posts to Promote Your...
U.S. House Passes Bill To Create First Crypto...
Home General Is Climate Change A Ticking Time-Bomb For Great Tits?
General

Is Climate Change A Ticking Time-Bomb For Great Tits? 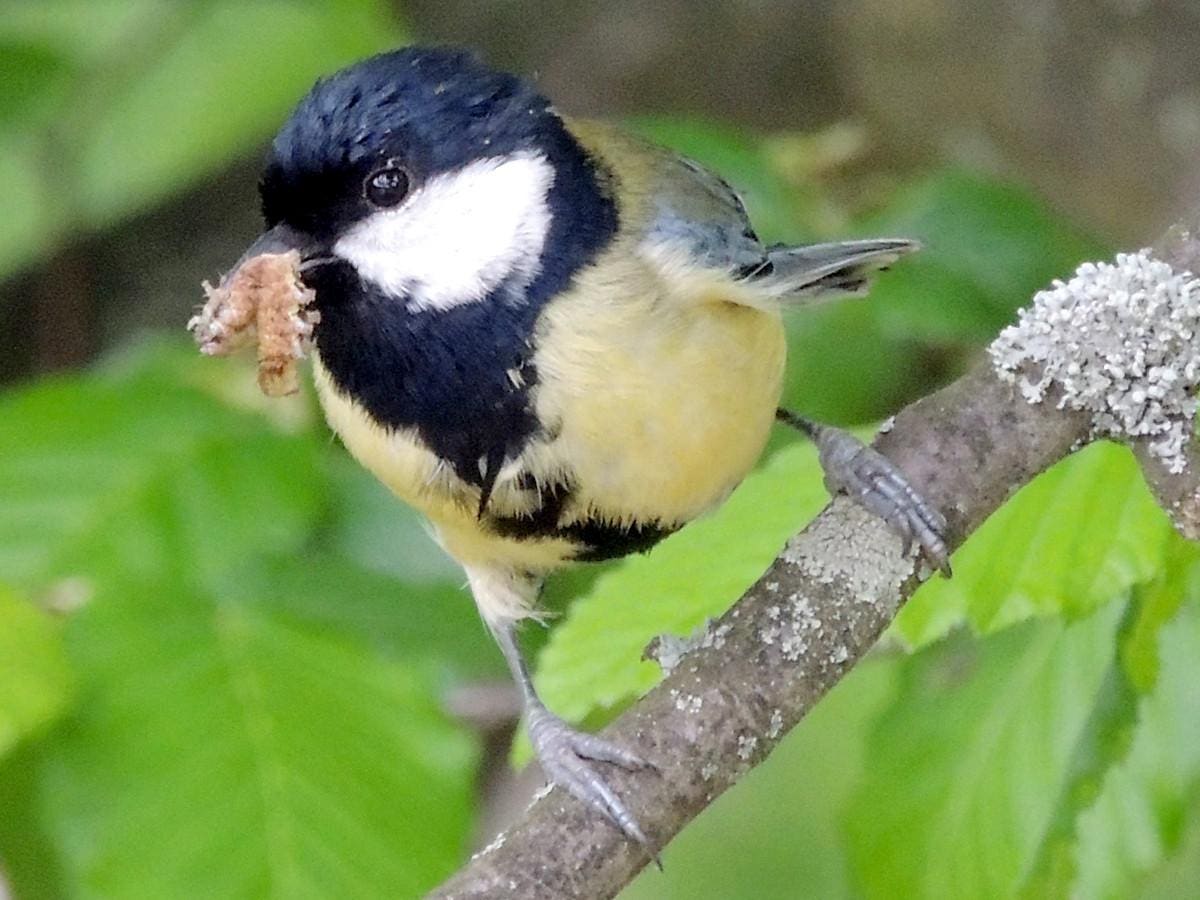 A recent study of the life history habits of a common songbird, the great tit, found that warmer winters give rise to earlier springtimes, causing trees to leaf out earlier, and this in turn, allows insects and their larvae that feed on these plants to emerge earlier. This earlier flush of insects presents insect-eating birds, such as great tits, with a serious problem: to be able to successfully raise their chicks to independence, they must begin breeding earlier to ensure their chicks’ peak food demands are synchronized with the peak availability of caterpillars.

Spring already arrives a week early, thanks to climate change

The myriad impacts of global climate change are obvious to those who are paying attention, particularly changes that are easily observed and recorded. One commonly studied climate change impact is on phenology, which is the study of periodically recurring natural events, such as the arrival of spring, and how the timing of these seasonal events are influenced by variations in climate. One meta-analysis published back in 2006 (ref) that was based on more than 125,000 records of leafing, flowering and fruiting dates for 542 plant species found that spring now arrives six to eight days earlier, on average, all across Europe than it did just three decades ago.

Most birds and other animals rely upon a seasonally predictable supply of specific sorts of food items so they can successfully raise their young to independence. But the increasingly accelerated arrival of springtime spells trouble because birds’ and other animals’ reproductive efforts are falling further and further behind the availability of adequate resources necessary for raising their offspring to independence.

How is climate change affecting birds?

“Since my undergraduate degree in Geography, I have been interested in how biology and our climate interact”, said quantitative ecologist Emily Simmonds, an assistant teaching professor and research postdoc at the Norwegian University of Science and Technology (NTNU).

“During my masters [degree], I used population models to project how body size in sheep might change into the future” (ref), Dr Simmonds explained in email. “In this study, I decided to build on that work and apply a similar model to a long term study of great tits led by some of my supervisors and co-authors (Ben Sheldon and Ella Cole).”

Dr Simmonds, who was a graduate student at the University of Oxford when she designed and conducted this study, wanted to investigate whether great tits are adapting their breeding schedule quickly enough so it coincides with the earlier arrival of spring. This simple question brought her to the Wytham Woods, an ancient semi-natural woodland that has been owned and managed by the University of Oxford since 1942.

Great tits, Parus major, are common birds in the Wytham Woods and have been extensively studied there for decades by scientists.

“Data has been collected in the same way on the Wytham Woods great tits since 1960, therefore it is an excellent resource for these kinds of studies”, Dr Simmonds noted in email.

Great tits are common and widespread songbirds that reside in woodlands throughout Europe, Asia and even in parts of North Africa. Although they are often seen at bird feeders, these small, personable birds consume vast numbers of winter moth larvae, or caterpillars, in springtime, which they feed to their rapidly growing chicks to help them grow to independence. The winter moth, Operophtera brumata, is a small, plain insect resembling a sweater moth. The winter moth is resistant to freezing temperatures, and is one of the few moth species that is active as an adult during the winter, when it breeds.

In this study, Dr Simmonds asked whether great tits are adjusting their onset of breeding activity to coincide with the earlier emergence of caterpillars due to earlier springtimes. To do this, Dr Simmonds and her colleagues analyzed long-term monitoring data on great tits and their primary prey, winter moth caterpillars, to create a statistical model that predicts how seasonal asynchrony could potentially change this direct predator-prey relationship by the end of this century.

Dr Simmonds and her collaborators found that, although great tits were responding to climate change, their current evolutionary plasticity does not appear to be sufficient to keep pace with consistently earlier springtimes — and caterpillar emergence dates — caused by climate change.

“The date on which a female great tit hatches her chicks can evolve. In our simulations this evolution is typically to earlier hatching as springs get warmer”, Dr Simmonds explained in email. “However, as heritability is low, the evolution is quite slow and actually too slow to keep pace with their caterpillar prey.”

Under a high greenhouse gas emissions scenario, the loss of synchrony between the birds and their caterpillar prey becomes increasingly pronounced by the end of the century. Their analysis revealed that great tits advance their nesting date by 4.35 days for every 1°C change, but at the same time, the birds’ caterpillar prey advances their emergence date by 6.38 days. This predicts that the emergence of the caterpillars will advance more rapidly than the birds and asynchrony between predator and prey will result. Further, in the worst case scenario where great tits start breeding 24 days after the caterpillar population peak had passed, the birds suddenly become extinct because they cannot find enough caterpillars to raise their chicks.

“Given conditions with big greenhouse gas emissions, the great tits won’t always be able to keep up with the changes in the larvae supply,” Dr Simmonds said.

But if great tits are under so much pressure from climate change and growing seasonal asynchrony, why are there so many of them on my bird feeders?

“This is a great question”, Dr Simmonds replied in email. “Right now, great tits are doing fine. Even those in our study population are stable (they have not been declining) and currently they have been keeping pace with their prey.”

But this study indicates that current stability does not mean that great tits populations will not be impacted by climate change in the future.

“Sometimes rather than a gradual change, thresholds and tipping points are present which cause sudden declines.” Or even local extinctions.

But this does not necessarily mean that great tits are doomed. In the computer simulations, the risk of extinction only increased under the most extreme greenhouse gas emissions scenario, whereas the population remained quite stable under the low and medium emissions scenarios.

“Even the worst case projections from our simulations may not happen, particularly as we cannot model all processes”, Dr Simmonds cautioned in email. “But it does show how different processes can interact to make a species that seems to be doing well disappear quickly.”

What aspect of this study most surprised you?

“What I find most interesting is the idea that populations that seem stable could suddenly go extinct”, Dr Simmonds replied in email. “That matching with a food source can act as a threshold, before a certain point things are ok and then quite suddenly they are not.”

Will climate changes affect bird species other than great tits?

“If there are other species with similar predator-prey relationships then I think the patterns we projected could occur for them as well”, Dr Simmonds said in email. “The exact time that declines would happen, how rapidly, and to what level would all depend on the exact species.”

The most obvious way to help great tits and other insect-eating birds adapt to global climate change is to reduce the amounts of greenhouse gases that we produce and release, which would slow the rate of climate change and its many impacts.

“It could allow more time for evolution to occur as well, as this was shown to be slow in our model”, Dr Simmonds said in email, adding: “The good news is that the populations will be able to survive scenarios with lower or medium warming trends.”

Of course, many other traits may also evolve to help great tits survive — traits that were not included not in Dr Simmonds’ model. For example, as climate change worsens, the birds could change what they feed to their growing nestlings.

“It is known that great tits feed their chicks caterpillars other than the winter moth and things like spiders during the breeding season, so the winter moth is not the only food source”, Dr Simmonds pointed out in email. “This is a simplifying assumption of the current study that would be good to explore more in future.”

On the other hand, changing diets may not be the answer, either. Switching food sources can dramatically change the both the nutritional value and the energy content available to growing chicks, and this can reduce their ability to survive to independence despite being fed adequate amounts of food. For example, dietary changes have been documented in a variety of wild seabirds, such as the European shag (ref), and is thought to be one of the main factors contributing to the halving of that species’ population between 1986 and 2015.

“What I think our work does is to act as a warning, to not assume current stability will necessarily continue and hopefully inspire more consideration and research into how phenology, survival, reproduction, and climate can interact to influence species”, Dr Simmonds said in email.

“If the changes happen too fast, species can become extinct.”

Bitcoin, Tesla And Gamestop – The Democratisation Of Risk