Breaking
How, When And Where You Can See A...
New $2.2 Trillion Stimulus Bill Proposed—$1,200 Stimulus Checks,...
Why Do We Do What We Do? Manipulating...
California Brand Goes All-American As Amazon Bans Foreign...
The 3 Best Analytics Companies of 2020
Senator Cory Booker: Supporting Small, Minority-Owned Businesses Will...
Trump’s Taxes Are Finally Leaked—What’s Next?
Washington Heats Up Ahead Of First Presidential Debate:...
Systemic Racism Leads To Disparities In Nursing Home...
The New Regular: Prepare For Conflicts Of Customer...
Web VR.0 – Have VR Websites (Finally) Arrived?...
This Next Evolution Of E-Commerce Did $18 Billion...
This Next Evolution Of Ecommerce Did $18 Billion...
IRS Taxes Most Lawsuit Settlements And Exact Wording...
13 Questions To Answer Before You Die
Just Launched: Long-Term Stock Exchange For Companies Building...
Home Business Is Eating Fermented Shark In Iceland Sustainable?
Business 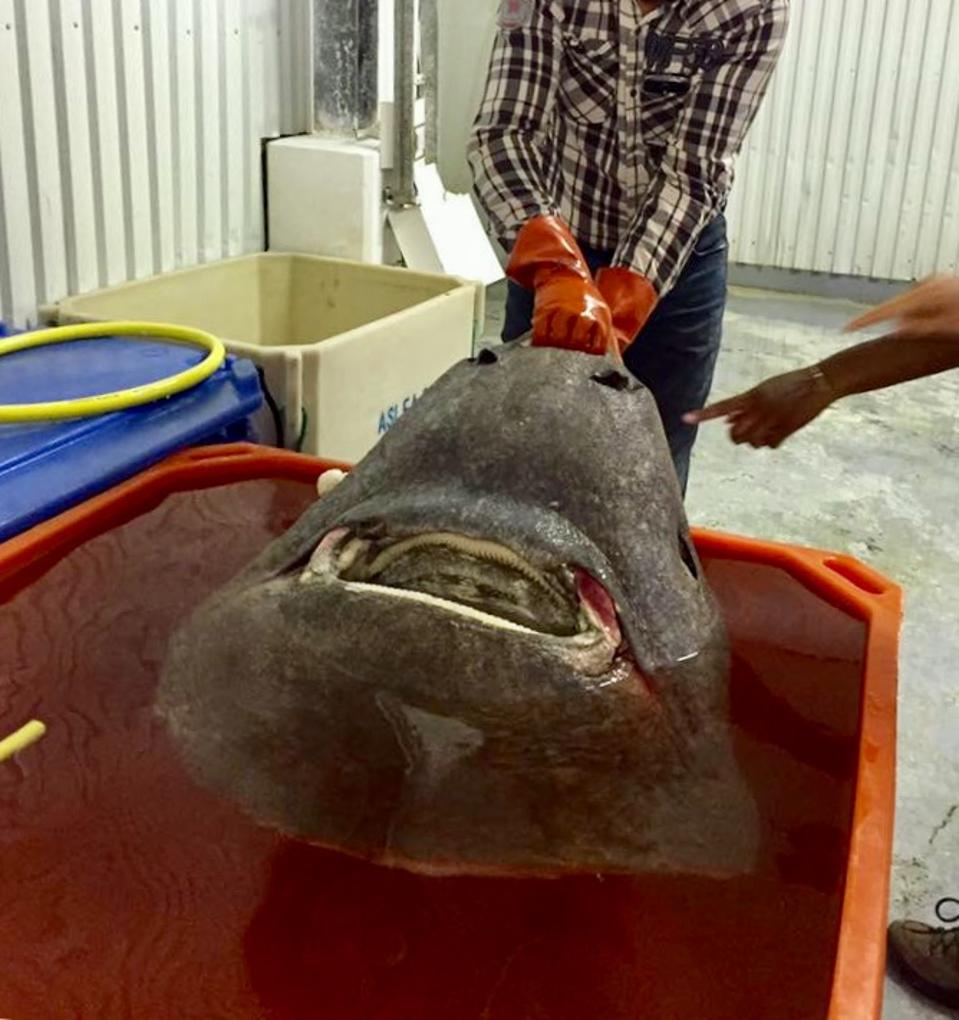 Greenland shark head floats in a tub of water. More of a spectacle for guests than anything, the … [+] rest of the shark is fermented and served to guests at this fish house in Northern Iceland.

The Greenland shark (Somniosus microcephalus) looks like the result of one too many tanning beds. Its skin is mottled, lumpy and scarred. Beady eyes peek out from thick grey flesh as it cruises along at a swift pace of 1 mile per hour. This creature exists in the deepest depths of Arctic and North Atlantic waters and is the longest living vertebrate on earth with a lifespan of at least 272 years. While it may not be the belle of the ball, the Greenland shark is elusive and spectacular, only appearing as bycatch in the halibut fishery, and otherwise completely invisible to humans. The sharks are rarely caught intentionally, and instead the market for shark meat has emerged from accidental catch in other fisheries. 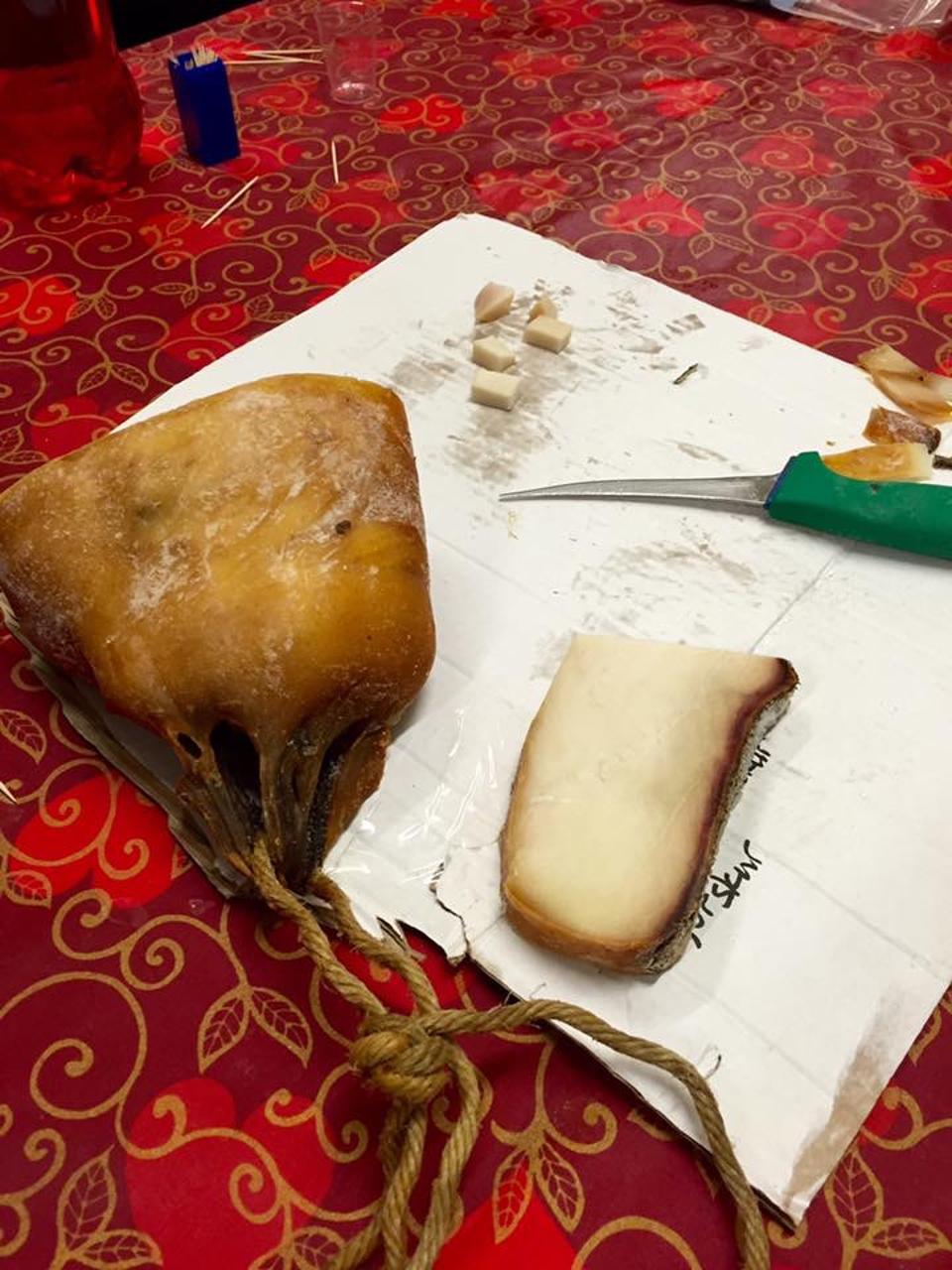 Fermented shark, called Hákarl, is a traditional food in Iceland. Greenland sharks are caught as … [+] bycatch and utilized to keep this tradition alive. Tourism fuels this demand as Hákarl is only eaten by older Icelanders or for special occasions.

In the 18th century Greenland sharks were hunted for their liver oil to fuel lamps. When the demand for the oil ceased in 1960, Greenland sharks were no longer a hot commodity. Back when the sharks were hunted more regularly, they provided a lot of meat. Up to 2,260 pounds to be exact. This hefty haul provided an excellent source of calories for Icelanders, however the meat was toxic and full of uric acid (the same stuff that’s in your pee) and trimethylamine oxide, which have anti-freeze benefits for the sharks. Because of its toxic flesh, the Greenland shark has to be fermented or repeatedly boiled in order for humans to safely consume it. And that is the marvelous history behind Hákarl, or fermented shark. 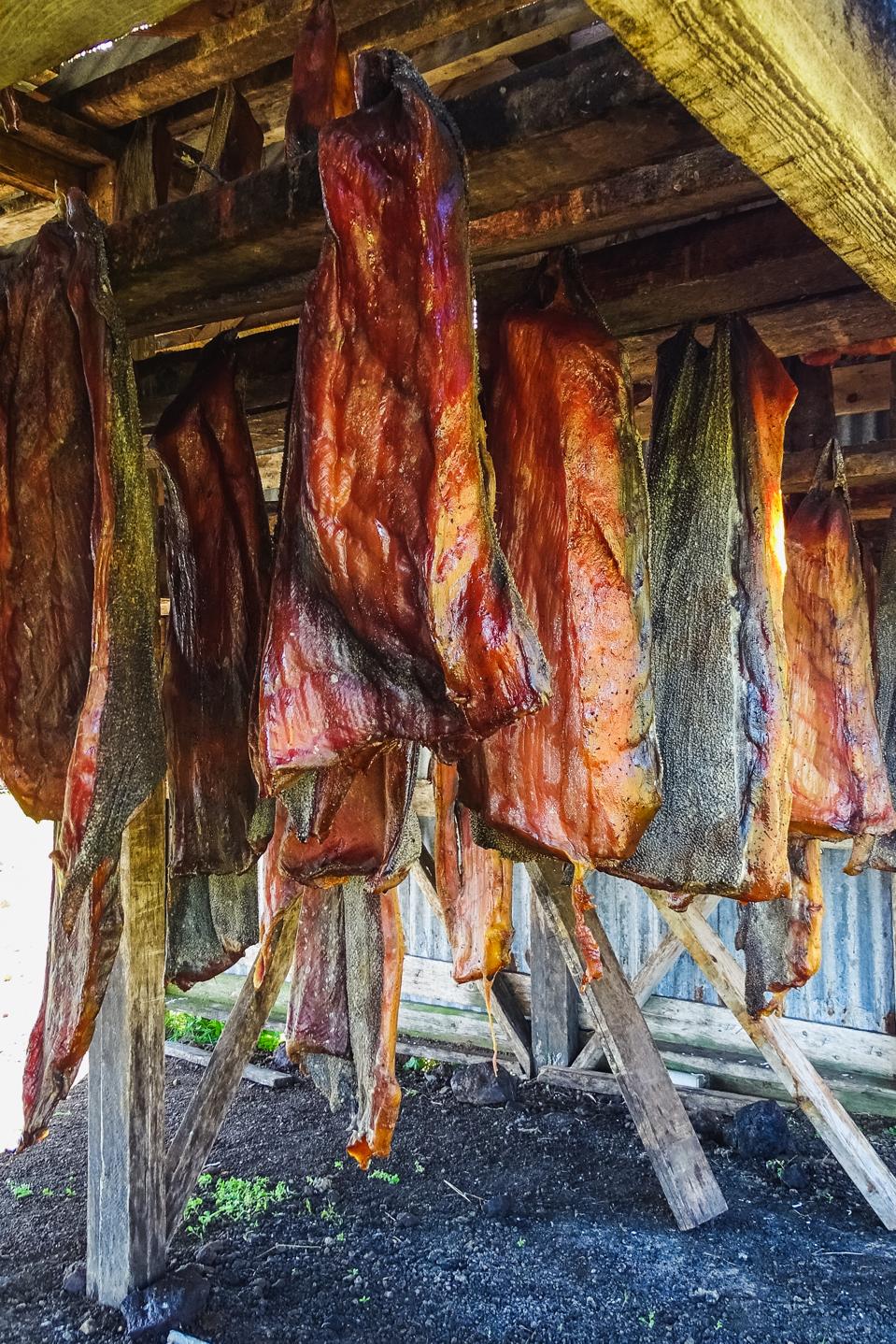 Hákarl drying in an open warehouse before it is ready to eat.

The traditional Icelandic food has become a major draw for tourists, a taste-test that beckons to only the bravest souls. The meat is sliced and buried for months, before it is hung to dry for even longer in open structures. The fermentation and drying renders the meat safe for consumption, however, IF you want to consume it is an entirely different story.

Its pungent ammonia stench, chewy texture and seasoned brown exterior provide for an overload of all the senses. Just one small whiff is enough to send your nose hairs fleeing to the back of your throat. The most accurate comparison would be if the stinkiest cheese you’ve ever eaten was brought to a picnic and then left in the back of a hot car for a few hours. The shark is served in small white cubes and, if you’re lucky, is followed by a shot of Brennivin, an Icelandic spirit.

Travel is one of the best ways to step out of your comfort zone, challenge your preconceived notions and inherent biases, and experience textures, flavors and ingredients that would never be found on your home turf. However in an age where we have so much information at our disposal, it seems ignorant and harmful to partake in experiences that may be environmentally problematic without doing some solid research. So where does eating fermented shark in Iceland land in terms of sustainability?

Not too much is known about Greenland sharks, but we do know that the are long-lived, slow-growing, and don’t have very many babies. Species with these attributes are generally more vulnerable to population depletion because they can’t recover very quickly when overfished.

However, this putrid snack is not only consumed in tiny quantities (no one is sitting down to a heaping plate of rotten shark), but each shark provides an enormous amount of meat. So if the average Greenland shark weighs in at 880 pounds, which is 14,080 ounces, and a serving of Hákarl is 1 ounce, each shark could potentially feed over 10,000 hungry tourists (the head and tail are not consumed). In addition, the sharks that become Hákarl come primarily from the bycatch of the Greenland halibut fishery. The sharks are considered a nuisance to fishers because they get tangled up in the gear.

While the sharks are seemingly abundant enough to be regularly caught on accident and the number of sharks being consumed is pretty minimal, scientists argue that we don’t know enough about the sharks to assume they are safe from overfishing. According to the Food and Agriculture Organization; “Given our poor knowledge about the Greenland shark, it has not yet been possible to assess this species for the IUCN Red List. Because of its size and habitat, it is expected to be a very slow growing shark that probably deserves a more careful approach for exploitation”.