Breaking
Sunday’s Google Doodle Is Actually About Google
Office Of The Comptroller Of The Currency Chief...
Source Code For Multiple Windows Operating Systems Publicly...
Why Forgettable Pfizer Really Is A Great Value...
Hot For The Holidays? Amazon Home Drone, Kid...
Best Small Business Loans
The FAAMG Stocks Drive The Markets
Mall Of America Extends A Hand Of Unity...
Surprise Samsung Galaxy S20 FE Beats Google Pixel...
After Apple And Tesla, Berkshire And Amazon Should...
Is It Wrong To Be Rich In Poor...
‘C&C’ Is 25: How ‘Command & Conquer’ Revolutionized...
Archeologists Vs. Spirit Mediums Exhuming Human Remains In...
Blow To Bitcoin As Portnoy Warns Cryptocurrencies Are...
What an Effective Business Cloud Must Include
5 Ways to Make Running a Business Easier
Home Business Is Holding onto DowDuPont and its Subsidiaries Still a Smart Move?
Business

Is Holding onto DowDuPont and its Subsidiaries Still a Smart Move? 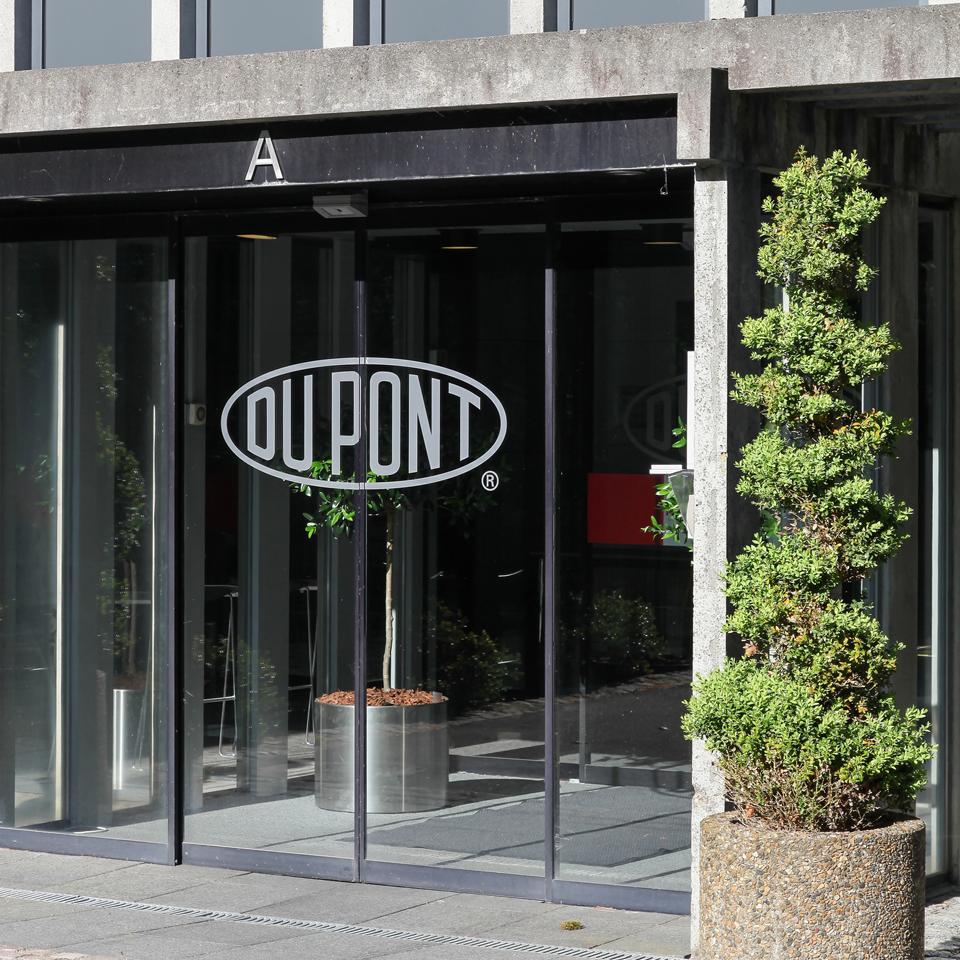 The recent news of DuPont’s decision to sell its nutrition and biosciences business to International Flavors & Fragrances, Inc. (IFF) is a continuation of DuPont’s strategy to unload corporate assets, which follows its succession from its former chemical parent DowDuPont. Although this might seem a little circuitous to outside investors, I would argue that there is a method to this “three-card monte” madness. You need not to look any further than the 2017 merger of E.I du Pont de Nemours & Co. and Dow Chemical, where DowDuPont, initiated a spin-off into three separate, equal firms: Corteva, Dow Inc., and DuPont de Nemours Inc.

At first glance, one could easily wonder why anyone would continually hold on to a company that initially started out as two, became one, and then broke into three separate companies, only then find out that additional business divisions are being sold off. However, when you take a closer look at the corporate action strategy of the breakup, one can soon realize that the hidden opportunity for greater shareholder value lies in the sum of its parts.

As the year-end looms in its final days, you (along with your financial advisor) more than likely will be making evaluations of which tax loss positions to harvest in your portfolio. When you finally arrive at Dupont, you will need to ask yourself a relevant question: Is keeping DowDuPont and its former subsidiaries still a smart move?

The answer to that question can best be made using the cost basis engine, Netbasis, which can help determine if the recent corporate action breakup of DowDuPont was profitable for investors, especially during its time of higher price volatility. 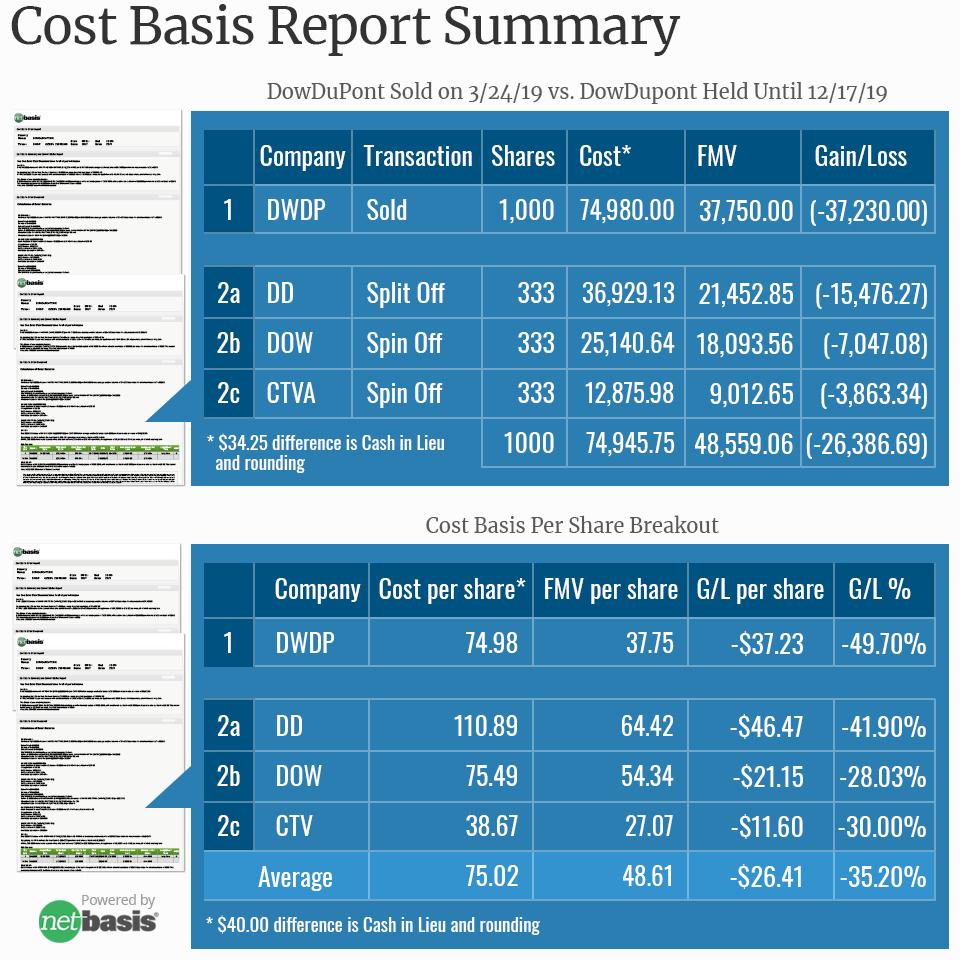 DuPont’s divesture of its nutrition and bioscience division to IFF is expected be another strategic corporate action that will eventually increase shareholder value over time. DuPont owners will soon receive a majority interest of 55.4% of the new combined $45 billion consumer goods company, as well as potentially receiving a special dividend distribution from the $7.3 billion cash payment DuPont receives in the IFF deal.

It is has become clear that DWDP investors who have taken advantage of the recent and upcoming corporate action events, can best profit from its breakup valuations; however, divestiture plans can be very complex and will require careful cost basis calculations and tax considerations.